Since the overthrow of Muammar Gaddafi in 2011, Libya has been consumed by a destructive domestic struggle for power aggravated by the involvement of major external players. By 2014-16, two main centers of power emerged. The so-called “western bloc,” nominally led by Fayez al-Sarraj, rests on the authority of the Government of National Accord and the military power of the Tripolitania militia consisting of the four most powerful “brigades.” This bloc, despite having international recognition as the main center of control, lacks military capabilities and strong leadership, making Saraj’s power rather nominal and quite illusory.

Conversely, the “eastern bloc” is led by a strong and experienced military leader (yet a relatively weak diplomat), Field Marshal Khalifa Haftar, who is backed by a broad spectrum of military forces, including various tribal factions and mercenaries from Chad and Sudan. Haftar has also received support from a host of Arab states — Egypt, Saudi Arabia and the United Arab Emirates — along with France.

Russia is also an integral part of the Libyan conflict. Nevertheless, Moscow has not openly bet on either player, trying to preserve an equilibrium while playing an “earnest broker” role. To date, Russia’s competitive advantage in the region has fitted what the director general of the Russian International Affairs Council Andrey Kortunov defined as an ability to “maintain constructive ties with all actors.” In other words, pragmatism — an element that is implicitly maintained in the Foreign Policy Concept approved by Vladimir Putin in November 2016 — shapes Moscow’s Libya policy.

That said, the Kremlin’s stance on the situation in Libya now rests on a combination of the following main objectives. First, Russia aims to maintain a balance between all actors, assuming the role of an intermediary/broker. This approach, which is opposed to both Soviet foreign policy practices and the post-2011 Western actions, could secure Russia’s presence in Libya irrespective of who becomes the ultimate winner. Namely, aside from preserving ties with two main parties in the conflict, Moscow is maintaining contacts with Gaddafi’s son Saif al-Islam via reported use of political technologists. Similarly, the Russian side has repeatedly voiced its readiness to use its resources to make Moscow a platform for intra-Libyan negotiations.

Second, Moscow is using the Libyan conflict as a platform for fortifying ties with Egypt and the UAE, thereby alleviating international pressure on Bashar al-Assad in Syria. Third, the Kremlin aims to secure Russia’s future role in the Libyan economy — particularly the hydrocarbon sector, as well as arms sales and large infrastructural projects — and simultaneously precluding other players, especially Italy and France, from doing so. And, finally, Russia is intent on stopping the spread of Islamic radicalism beyond the region.

Despite Moscow’s willingness to maintain an adequate distance between all parties, it appears that Russia’s sympathies, at least in the short term, are with Haftar, which is related to both his image and background — against the weakness of his opponents. Saraj is not viewed by Moscow (especially among Russian military circles) as a decisive leader, whereas the reputation of Saif al-Islam, who also lacks sufficient military power, is tainted by international obstruction.

The pro-Haftar sentiments in Russia were profoundly boosted after the commander’s successful campaign in February this year and the seizure of the El Sharara and El Feel oil fields. But the initial excitement and Haftar’s confidence that he could quickly take control of Tripoli were cooled by ensuing difficulties. In response to Haftar’s plea for help — apparently boosted by promises of lucrative contracts for Russian companies and businesses in Libya — Moscow reportedly increased the level of technical-material support for the filed marshal’s forces, with private military companies (PMCs) being one of the main elements.

One of these private outfits, the RSB Group, which is headed by Oleg Krinitsyn, is known to have operated in Libya since at least 2016. Yet between its first reported appearance in 2016 and new cases in 2019, there has been a big difference. Initially, the RSB Group was primarily involved in non-military missions such as sapper works and protection of infrastructure in the Benghazi area. Now it would be adequate to argue that, in terms of both composition and functions performed, Russian PMCs in Libya have made a dramatic shift toward patterns observed in Ukraine and Syria. Rumors about Russia’s use of PMCs during military missions in Libya appeared in February 2017, after Haftar’s visit to the Admiral Kuznetsov aircraft carrier near the shores of Syria, but were dismissed by Russian officials.

The rumors received more substance after Haftar’s visit to Moscow on November 7, 2018, when his delegation was, among other notable figures, met by Yevgeny “Putin’s chief” Prigozhin — the oligarch behind the notorious Wagner group, a shadow PMC that took part in hostilities in eastern Ukraine and Syria, and is now said to be operating in sub-Saharan Africa. During this visit, the Russian side may have agreed to increase military backing for Haftar, providing necessary technical-material support for the offensive launched in April in an exchange for lucrative concessions for Russian businesses, once success is attained. At that point, however, details about Russian mercenaries fighting in Libya did not go beyond rumors. However, fresh information may help add clarity to the issue.

On September 9, mentions of “seven Russian mercenaries killed in Qaser Bin Ghashir” (in the Tripolitania region in northwestern Libya) appeared on Twitter for the first time. Later, this was picked up by Bloomberg, which reported the arrival of 100 mercenaries from the Wagner group to fight for Haftar. At this juncture, an investigation based on data from open sources carried out by the Conflict Intelligence Team demonstrated three important aspects. First, it helped to ascertain potential location of Russian mercenaries in Libya: Ajdabiya (capital of the Al Wahat District, in northeastern Libya, controlled by Haftar forces, located 438 miles from the line of direct confrontation) and Asbia (the area of the International Airport in Tripoli, a sight of intense urban fighting).

Second, in terms of logistics and transportation, Russian mercenaries in Syria are using the same pattern as in the Central African Republic — the Ural-4320 off-road 6×6 vehicles, produced in Russia. Third, based on the profiles of the mercenaries, it is possible to ascertain that they are not current members of the Russian armed forces, yet do have vast fighting experience from previous military campaigns.

An investigation carried out by Meduza brought to light other important details. Based on information from an unnamed source close to the FSB and the Russian PMC industry, the actual number of mercenary casualties may have reached 35 militants coming from Krasnodar (where the Molkino military polygon serves as a training ground for the Wagner group), Sverdlovsk and Murmansk regions. The source claimed that Russia’s interests in Libya “are solely concerned with the oil,” whereas members of the Wagner group are involved in a broad spectrum of operations ranging from non-military (rendering physical security to logistical flaws and critical infrastructure) to para-military (surveillance and intelligence gathering) and military (actual participation in fighting) operations.

According to Meduza, the recent attack caused casualties among the Rusich group, with one of Wagner’s commanders, Alexander Kuznetsov, severely wounded; he has now been transferred to St. Petersburg. This points to the fact that Russia employs Wagner veterans in Libya, meaning experienced fighters and its most valuable cadre.

Now, with the presence of Russian mercenaries in Libya established, it might seem that Moscow has made a shift from subtle — primarily economic and diplomatic — to direct support for Haftar in his push for the ultimate victory. This impression may, however, not be fully accurate. In effect, one could not be sure that a complete victory for Haftar is what Russia wants. While watching other parties blunder in Libya, Moscow will probably not willingly dispose of its competitive advantage by allying itself with one party and breaking up with the other players in the conflict.

First, it seems obvious that in Ankara, which considers Libya a matter of national security, the ire with Russia’s actions in Syria and Libya is brewing. Therefore, by taking one side, Russia might get into a confrontation with other stakeholders involved in the Libyan conflict, which would signify a departure from policies that have secured a visible share of success in Russia’s post-2015 policies in the Middle East.

Second, it is not at all apparent — and Russia is well aware of that — that the “Syrian model” will work in Libya. In other words, Haftar’s victory is unlikely to automatically put him under Moscow’s direct control. As political scientist Khalifa al-Haddad noted, both Russia and Haftar realize that they could not fully rely on each other in the long run. While maintaining an ad hoc alliance with Haftar, now fortified by Russian mercenaries from the Wagner group, the Russian side is unlikely to fully break up with other forces comprising the Libyan political landscape.

Libya’s status quo temporarily serves Russian regional objectives. On the one hand, Russia is interested in acquiring a major stake in the Libyan economy, which could be done through Haftar’s decisive success. On the other, given the number of stakeholders in the conflict, Moscow realizes that achieving unilateral control in Libya by a single player is utterly unrealistic under current circumstances. 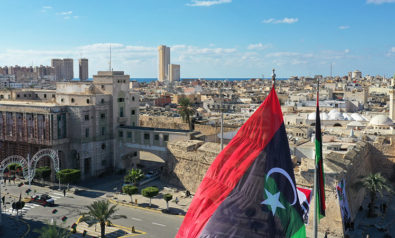 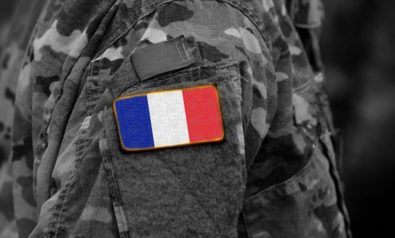 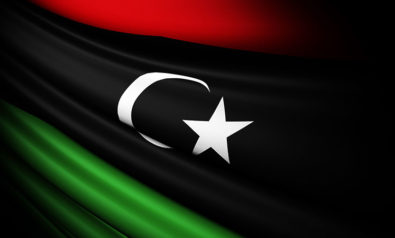