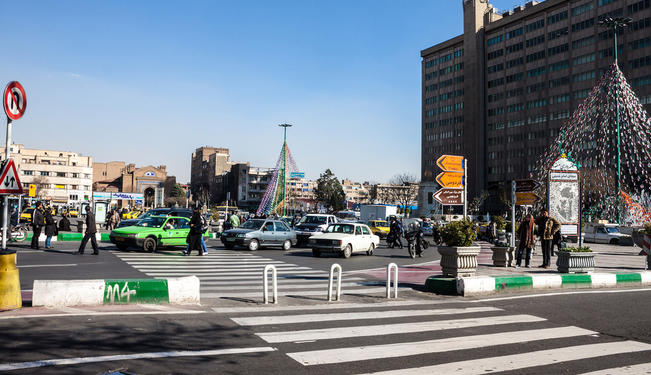 Rouhani’s surprising victory in the presidential election represents a significant shift in the Iranian political landscape.

Hassan Rouhani’s surprising first round victory in the presidential elections represents  a significant shift in the Iranian political landscape. In a field of candidates dominated by conservatives, Rouhani ran as a moderate. He questioned the necessity of the expanding security state and the constant oversight of student and civil society associations by the security agencies. He spoke of the need for greater freedom of press and speech. He devoted attention to women’s rights issues and promised to establish a ministry for women’s affairs.

On the economy, while all the candidates promised to address problems of inflation and unemployment, Rouhani also focused on the institutions that make rational economic policy possible. He said one of his first acts would be to revive what were once key institutions such as the Plan Organization and the Supreme Economic Council, which outgoing President Mahmud Ahmadinejad did away with.

On foreign policy, during the election campaign the supreme leader, Ali Khamenei, continued to stress the need for resistance and steadfastness in the face of the "hegemonic" West, warned against those who naively believe compromise with the West will gain Iran positive results, and ridiculed the idea that Iran was internationally isolated. But Rouhani, while appearing as steadfast as the other candidates on Iran’s nuclear rights, stressed the need to find a way out of the impasse with the West on the nuclear issue, and to end Iran’s diplomatic isolation. He did not shy away, but rather defended the softer line on the nuclear issue adopted by the government of President Mohammad Khatami, when Rouhani served as head ofthe National Security Council and as Iran’s chief nuclear negotiator.

Rouhani may not make good on all his electoral promises, but his victory — he racked up nearly 51 percent of the vote — was a reaffirmation by a majority of Iranians of the desire for a more moderate, more sensible course in both domestic and foreign policy. The fact that Tehran Mayor Mohammad Baqer Qalibaf came in second with 16 percent of the vote, confirms the centrist inclinations of a large majority of Iranians. True, Qalibaf ran as a conservative, was a Revolutionary Guards commander, and even boasted during the election campaign (to a right-wing, para-military audience) of his role in suppressing earlier student protests. But most Iranians think of Qalibaf as the able manager, during his eight years as mayor, of a capital city of 10 million, when he built parks and recreation centers, broadened roads and improved the communications system. Together, Rouhani and Qalibaf accounted for 67 percent of the vote.

The poor showing of the conservatives and hardliners in the election is also striking. Saeed Jalili, who ran on a platform that stressed conservative social values (women’s main role, he said, was as mothers and housewives) and, echoing Khamenei, resistance and steadfastness against the West, garnered less than 12 percent of the vote, and Ali Velayati, Khamenei’s foreign policy adviser, less than 7 percent. Rouhani, moreover, received, and welcomed, the endorsement of Khatami and another former president, Hashemi Rafsanjani, both denigrated by the conservatives for their association with the so-called "seditionist current" of the Green Movement.

We cannot be certain, of course, if turnout was as high (over 70 percent) as officially claimed; and we have to accept the official figures at face value. Still, the widespread expectation that the next president would be hand-picked by Khamenei needs reevaluation. While he is the ultimate decider on major issues, it is becoming clear that Khamenei is not as much in control of his lieutenants and the political class as was widely assumed. He could not get the conservatives to unite behind a single candidate, and the conservative vote ended up split among several contenders. Iran’s political leaders — even men close to Khamenei — continued to feud with one another even after he called on them to stop bickering and termed such infighting a sin. The country chose a president who, at least during the campaign, adopted a posture not in step with the policies preferred by the supreme leader.

Khamenei will now have to live with yet another president who has a mind and agenda of his own. Since Khomeini’s death and Khamenei’s succession as supreme leader in 1989, Iran has had three presidents: Rafsanjani, Khatami, and Ahmadinejad. Each man put his own stamp on policy and the administration, certainly in his first term. Rafsanjani steered the country in a far more pragmatic direction in the economic sphere, privatizing state-owned enterprises and allowing the private sector greater room. He also opened up the social space for women and the young. Khatami considerably broadened political and press freedoms and the country, during his first years in office, enjoyed a short-lived political spring. Ahmadinejad, in the Hugo Chavez style, led a largely populist government. But in each instance, Khamenei, backed by the conservatives, was able to neutralize the president, and even to reverse his policies, in the second term. Admittedly, Ahmadinejad remained feisty and difficult to control nearly till the end.

Rouhani will come to office with something of a popular mandate and commitment to a different set of priorities than have characterized Iranian government policy over the last few years. The change he promises is not of the scope with which Khatami initiated his reformist presidency in 1997; but he promises change nevertheless. Whether he will succeed, or whether he will initiate a change of direction only to be blocked by yet another rightwing backlash, remains to be seen.

*[This article was originally published by the Woodrow Wilson Center, as part of the Middle East Program's Viewpoints series, No. 28.]