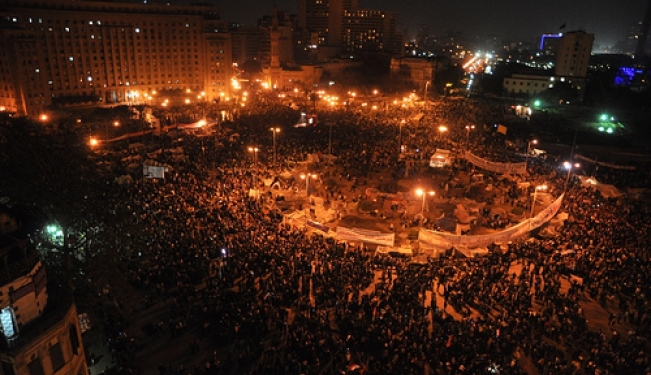 If Tunisia is the beacon in North Africa, potentially guiding the region by example on how to successfully democratize, then Egypt is the looming storm threatening to derail it.

With the first round of Egyptian parliamentary elections fast approaching on November 28th, many are worried about the prospects of democratic change in the country. Unlike in Tunisia, where the electoral process was streamlined, well-planned, and considered legitimate, the signs ushering in the upcoming Egyptian elections are already pointing toward the opposite direction. Adjectives such as confusing, complex, and uncertain are being used to describe events and processes headed into November 28th.

The Supreme Council of the Armed Forces (SCAF), the interim government that has been in charge of Egypt since Hosni Mubarak’s fall, has signaled its intention to manipulate the process should things not go its way. At the heart of this suspicion lies the proposed supra-constitutional document issued on November 1st that grants the SCAF several disturbingly undemocratic powers, including exempting the military from civilian oversight, assigning its duties as "Guarantor of Constitutional Legitimacy," determining the structure of the new constitutional assembly, and granting it the power to override the executive in the matters of war.

Along with this, the electoral process structure is unorthodox, and could be especially confusing for a population that is not used to participating in it. So far, no date has been set for a presidential election, while the parliamentary election for the lower house, The People’s Assembly, is divided into three parts and will take place over three months, while the elections for the upper Shura Council will continue into March. The rounds are necessary since the SCAF has insisted that only judges, who are scarce, are to supervise the elections. International monitors have been limited to a few NGOs, but their status as “followers” is still unclear. The party lists contain a mixed system, with two-thirds party list and one-third individual, as opposed to a straight-forward party list system. Furthermore, seat allocation has not been clearly defined. Finally, over 15,000 candidates are running for the 678 seats, and there are numerous parties and coalitions that have aligned and split-off over the past few months, inundating voters with candidates and clouding them on stances over certain issues. This overall complexity stands in stark contrast to the much more simplified voting system set up by the Tunisian electoral commission.

Aside from the structure of the electoral process and the polity, there are other subtle ways the SCAF is attemptingto consolidate power. The military has been playing to the fears of secularists, Coptics, and Westerners about the potential implications of an Islamist victory in the upcoming election. The implication is that this would lead to a theocratic Egypt, and thus not surprisingly, some secularist parties and Coptics have begun to back the supra-constitutional document as a means of checking the power of the Islamic coalition parties such as The Democratic Alliance, which is dominated by the Muslim Brotherhood’s Freedom and Justice Party, and The Wasat Party and the Islamic Alliance.

Given the current climate surrounding the upcoming elections, there is a persistent and justified fear that the process is merely a façade, an attempt for the military to feign democracy but in reality continue to retain a similar polity that has governed Egypt since Gamal Abdul Nasser in 1956. In sum, this creates a highly confusing and complex process, one which could lead many to view the election results as illegitimate and bring about charges of tampering. Such a belief would only further provoke revolt, contempt, and most likely further hostility and bloodshed.

It is possible that the intensifying and ongoing protest and violence from this weekend could also alter or derail the upcoming elections, and could reveal the true intent of the SCAF in ushering in a democratic polity. If the casualties of this weekend’s protests in Tahrir Square and in other Egyptian provinces lead the SCAF to view the protests so close to the election as a threat that produces further measures in tightening and consolidating its powers, then we can assume that this was their intent all along. This can be done by delaying elections (or continuing them but with greater military oversight), keeping itself as a de jour executive power, or nominating one of its own leaders for the presidency, and adding further amendments to its supra-constitutional document that would essentially make the military autonomous from civilian and parliamentary control, which would also make the upcoming elections as relevant and legitimate as ones during Mubarak’s rule.

If the SCAF decides to heed to the protestor’s demands – and hold a presidential election much sooner than originally planned, end their pursuit of the supra-constitutional document and end the state of emergency, allow full oversight of the elections by independent monitors, and fully back the results of a fair election – then disaster can still be averted and a peaceful democratization of Egypt is still possible. These concessions would signal that the SCAF truly wished to democratize Egypt from the beginning, or would at least be an admission by the SCAF that its current handling of the transition, and of the country, has been an almost complete failure.

Whereas Tunisians were gearing for the election by observing largely peaceful campaigns and being cautiously optimistic, Egyptians are still fighting for their rights on the streets and being controlled and governed by an inept and rigid military that has not followed their rhetoric of a peaceful cessation of power through their actions.

Tunisia’s electoral process was a significant model for the region due to its background and composition.  The small Arab nation in the Maghreb was the most ready for the process and was also the first to engage in the transition; had the Tunisian elections failed, the voices of those who declare that Middle Eastern and North African countries are incompatible with democracy would have been given more credence. Furthermore, other transitioning MENA countries would not have a solid example for which to model themselves after, and moderate Islamists would have further been denied the opportunity to prove themselves.

However, Egypt is important because of its political influence and clout in the region. It is also the largest Arab state by population, is only one of two Arab countries with a peace treaty with Israel, and receives the second most funding from the US. A stable and peaceful Egypt, under a democratically elected polity, is in the best interest for everyone. However, most importantly, transforming Egypt is vital for its own people, who have been tormented under many years of authoritarian rule and have never had the chance to truly determine for themselves how their country should be governed, and have fought and died for an expansion of their rights.

The planned “Million-Man” demonstration may be a turning point for the democratic process in Egypt. Whether it helps intensify the storm or helps guide Egypt towards Tunisia’s beacon remains to be seen, but the sounds of thunder are growing louder. 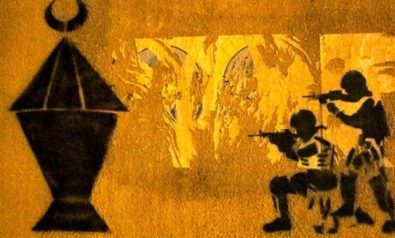