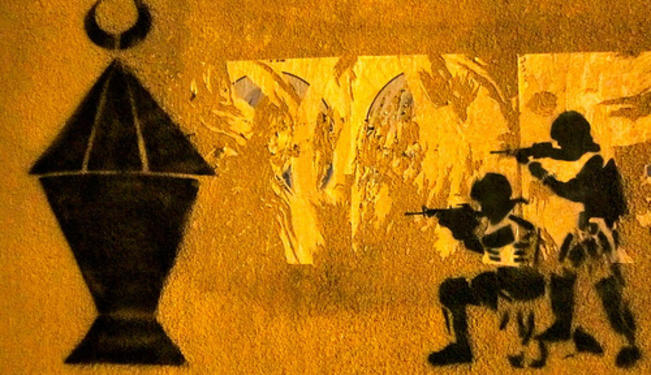 An insight into the first round victory for Islamist parties in the Egyptian parliamentary elections.

This week, the second of three rounds of voting commenced to fill the seats of the People’s Assembly (PA) of Egypt, which is the lower house of the bicameral parliament. The first round, which started on November 28, brought a sweeping victory to the Muslim Brotherhood’s Freedom and Justice Party (FJP) and a surprising success for the ultra-conservative Salafist party, Al-Nour. The former obtained over 36 percent of the votes and a majority of the seats contested in the run-off elections, whilst the latter received 24 percent of the votes and won a few additional seats in the run-off. In comparison, the secular Egyptian Bloc consisting of democratic, liberal and leftist parties came third with 13 percent of the votes.

Following these results, concerns have been voiced over growing Islamist influences and perceived threats to the national economy, as well as the rights of women and non-Muslims. These are valid concerns, but with the Supreme Council of the Armed Forces (SCAF) currently positioning itself to heavily influence the drafting of a new constitution, the following question arises: to what extent will the composition of the parliament matter in the end?

It is not surprising that the political wing of the Muslim Brotherhood earned a convincing victory in the first round of elections. Unlike many of its current political opponents, the Muslim Brotherhood has been represented in the Egyptian parliament for many years through so-called 'independent candidates' and is known to be well-organised and able to mobilise quickly. The FJP was founded only in May 2011 but ran the most extensive election campaign of all parties. The Muslim Brotherhood also conducts considerable charity work and provides a number of public services to the poor. For this reason it enjoys a certain reputation as a benefactor in a country where more than 20 percent live below the national poverty line.

Furthermore, despite the Egyptian demonstrators becoming a national symbol of unity, the protesters in Tahrir Square turned out to represent a highly fragmented mix of political groups and factions. In addition, the ideological differences became evident during the period of political mobilisation and party formation that followed the initial upheaval in the spring months of 2011. Although the protesters joined forces in Tahrir Square against a common enemy, it has proved more challenging to agree upon long-term political commitments in the aftermath of Hosni Mubarak’s ouster. It is also easy to forget that in the most populous country in the Arab region, the overwhelming majority of Egyptians were nowhere near the square in February.

Indeed, the most surprising result from the first round of elections has been the success of the Salafist party, Al-Nour. The party was founded in June 2011, with support coming from the Al-Da’wa movement, an ultra-conservative Salafist group based in Alexandria. It advocates an almost literal interpretation of the Qur'an and is often compared to the Wahabi form of Islam practiced in Saudi-Arabia.

Before the first round of elections began, it was expected that the many controversial statements from Salafist preachers, loosely associated with the party, and its official policies concerning women and non-Muslims would deter all Coptic, liberal, and secular voters as well as a vast number of Muslims. Whilst the Egyptian media has been full of horror stories about what the Salafists would do to the country’s economy and pre-historic monuments, it seems that a remarkably high share of Egyptian voters prefer conservative Islamic rule.

However, will the new members of parliament be able to exert any real political influence?

This depends on several unresolved factors. First, the political composition of the new parliament is not unimportant. Once the elections conclude in the spring of 2012, its main task will be to form a smaller assembly to draft the new constitution. Its composition is therefore vitally important to the country’s future, at least in theory. One-third of the seats are reserved for individual candidates, which limits the potential influence of former members of the now disbanded National Democratic Party, while the remaining two-thirds is reserved for parties and coalitions. It is clear that an Islamist majority in the parliament means that the constitutional drafting body would hold a considerable share of conservative Muslim politicians. However, it is currently unclear how this will work out in practice.

Second, the role of the SCAF will probably be at least as critical to the process of democratisation as will the political composition of the parliament. The SCAF recently announced that an advisory council will be appointed to oversee the work of the constitutional drafting body, thereby adding to the heavy influence it already exerts through its cabinet of ministers. Furthermore, although the official roadmap includes plans for both parliamentary and presidential elections, in addition to a new constitutional referendum, it is not clear whether the presidential elections will take place before or after the referendum. This is most likely not coincidental.

Egyptian constitutional law of today provides for a strong executive branch and gives an elected president wide-reaching powers to influence parliamentary matters, including the process of drafting a new constitution. If the SCAF is able to keep presidential elections at bay until after the constitutional drafting and referendum is completed, it will effectively control the process of shaping Egypt’s future with little or no input, except from that of a weakened legislative branch. In the worst-case scenario, this could mean that the long-standing tradition of maintaining the armed forces as a state within the state, protected from public scrutiny and financial control, continues unimpeded into the new Egyptian era.

Therefore, regardless of Islamist and Salafist victories in the ongoing parliamentary elections, it seems the SCAF still plays the leading role in the Egyptian struggle for democracy. 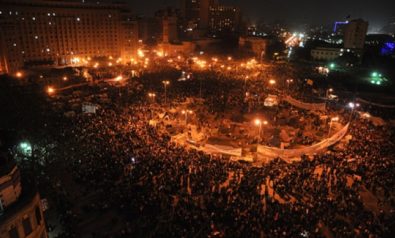