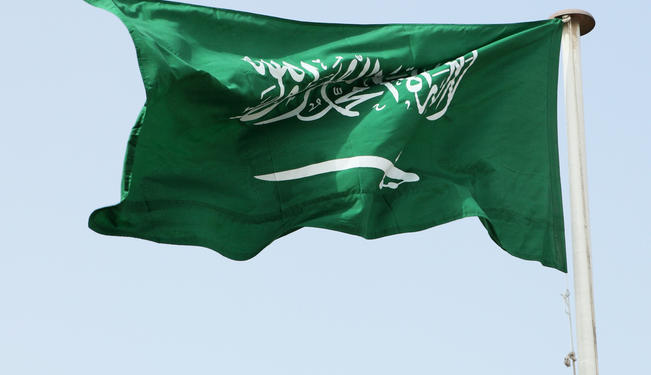 Riyadh’s lack of confidence in the Joint Plan of Action raises questions over its traditional stance of non-proliferation.

The Kingdom of Saudi Arabia has long been a champion for the establishment of a Nuclear Weapons Free Zone in the Middle East, owing to a combination of its isolation from immediate and existential external threats and its ability to procure and field relatively large quantities of the most sophisticated conventional weaponry on the planet.

Since the Joint Plan of Action with Iran was signed, Saudi Arabia has exhibited unusual behavior such as a willingness to cooperate with its arch nemesis, Israel, and openly defy its strongest ally, the United States, in protesting the easing of sanctions against Iran.

Though the US-led negotiations are intended to ultimately persuade the Iranians to halt their pursuit of a nuclear weapon and prevent a regional nuclear arms race, Saudi Arabia vehemently opposed these efforts and guardedly accepts that easing sanctions and other confidence building measures may be a “preliminary step towards a comprehensive solution.”

This ex post facto display of confidence in diplomatic solutions raises the question over whether or not Saudi Arabia truly believes the Iranian quest for a nuclear weapon can be stopped, as well as Riyadh’s preparations to counter the Iranian nuclear arsenal.

Years of Saudi investment and cooperation with the Pakistani nuclear program provides an avenue for short-term procurement of a nuclear weapon. However, recent education initiatives by King Abdullah — providing legions of the best and brightest young Saudi scientists and engineers training at world-class institutions abroad — allow for the possibility of a long-term nuclear weapons program in the kingdom itself.

Saudi Arabia’s consistent position as the world’s largest single producer of oil could grant the kingdom immunity from potential sanctions, similar to those facing Iran. This is especially the case if the world supply of oil is already hampered by existing sanctions on another major producer.

The Saudi Motivation to Pursue the Nuclear Option

In 2009, King Abdullah initially warned US Special Envoy to the Middle East Dennis Ross that “we will get nuclear weapons” if Iran crosses the threshold. This threshold set by King Abdullah four years ago is largely unknown.

However, recent actions by the kingdom to include the unprecedented denial of a seat at the UN Security Council and unmitigated support for Sunni fighters against Iranian proxies in Syria and Lebanon are direct affronts to all parties outside of the region. It is an indicator of Saudi Arabia’s lack of confidence in its traditional allies to provide protection and exert authority in the Middle East.

In a statement explaining its rejection of the seat as a non-permanent member of the Security Council, the Saudi Embassy in Washington cited:

“…the failure of the Security Council to make the Middle East a free zone of all weapons of mass destruction… [and] allowing the ruling regime in Syria to kill and burn its people by the chemical weapons, while the world stands idly, without applying deterrent sanctions against the Damascus regime… [as] irrefutable evidence and proof of the inability of the Security Council to carry out its duties and responsibilities.”

This announcement from October 18, 2013, came just two days after the 40th anniversary of the 1973 Arab Oil Boycott initiated by the Organization of Arab Petroleum Exporting Countries, which was intended to punish the US and other Western nations for their support of Israel during the Yom Kippur War.

Forty years ago, the US was highly vulnerable to the “oil weapon” as environmental groups pressured the federal government to cut domestic production in sensitive areas. The quadrupling of gasoline prices and a series of unpopular energy conservation methods put the US on a fast-track towards achieving energy independence.

Energy security has always been the foundation of the US-Saudi relationship, which has frayed in recent years given an explosion in US domestic production thanks to the “unlocking” of massive oil and gas reservoirs in the recent shale revolution.

The combination of this increase in US domestic production and efforts to conserve energy has diminished the importance of a strong relationship between Washington and Riyadh. Despite US Secretary of State John Kerry’s reassurances of American commitment to maintaining a strong and mutually beneficial relationship between the two nations, he continues to express optimism towards negotiations with Iran.

Such a shift has the potential to prevent the US, the primary supplier of the Saudi Ministry of Defense and Aviation, from selling sophisticated conventional weapons to the Saudis. Cutting off the supply of such weapons to Saudi Arabia would further emphasize their need to obtain a nuclear weapon to deter Iranian aggression.

Saudi Capability to Develop or Procure a Nuclear Weapon

Traditionally, Saudi Arabia has never had much potential to develop or procure a nuclear weapon due to its lack of motivation and capability. King Abdullah’s 2009 vow and Saudi Arabia’s lack of confidence in the temporary and reversible goals outlined in the Joint Plan of Action provides the kingdom with motivation to explore several short-term and long-term avenues available today, due to stronger foreign relations with nuclear states and a bolstered education program to obtain a nuclear insurance policy.

Saudi Arabia has a long-standing relationship with nuclear-armed Pakistan and has made significant investments in the Pakistani nuclear program over the years.

Gary Samore, President Barack Obama’s former counter-proliferation advisor, speculated that the Saudi investment in the Pakistani nuclear program led “the Saudis [to] believe that they have some understanding with Pakistan that, in extremis, they would have claim to acquire nuclear weapons from Pakistan.”

Pakistan denies this charge, claiming to be “a responsible nuclear weapon state with robust command and control structures and comprehensive export controls.” Though Pakistan may officially have little incentive to either provide nuclear weapons to Saudi Arabia or deploy them in Saudi territory, there exists the possibility for unofficial leaks of know-how or material from the Pakistani nuclear program to support a Saudi initiative.

Dr. Abdul Qadeer Khan, who played a key role in the development of the Pakistani nuclear program, was accused of selling nuclear secrets and equipment to Libya and North Korea. He was subsequently fired by the Pakistani government in 2004 and placed under house arrest until February 2009. The large financial resources available to Saudi Arabia allow access to this avenue of unofficial procurement.

These underhanded attempts at proliferation may prove to be unnecessary for the Saudis in the long-run, given their recent attempts at developing a new generation of highly educated scientists and public desire for a civilian nuclear program.

King Abdullah, seeking to transform the Saudi economy from the “rentier model” dependent on energy exports to a centrally planned economy with an emphasis on technology and innovation, has granted more than 47,000 of the best and brightest Saudi students the opportunity to pursue advanced degrees in hard sciences and engineering at world-class institutions all over the globe.

This upcoming generation of foreign-educated scientists and engineers, combined with Saudi efforts to import foreign students and professors to stimulate such research within the kingdom at the King Abdullah University of Science and Technology, are intended to usher in an era of new energy to counter the unsustainable growth in domestic energy consumption that threatens the kingdom’s exports.

Deal or No Deal?

The uncompromising Saudi opposition to negotiations with Iran to ease sanctions in return for the slowing of their nuclear program is not based on a long-term goal to prevent Tehran from obtaining a nuclear weapon, but their short-term goal of keeping sanctions in place to hinder Iranian sponsorship of proxies in Lebanon, Syria, Iraq and Yemen.

The Joint Plan of Action signed on November 24, 2013, makes no mention of Iranian proxy operations throughout the region. The token amount of sanction relief, approximately 5% according to Kerry, would allow Iran to bolster these proxy operations throughout the region to the detriment of Saudi Arabia with both the resources freed from sanctions and the cessation of expensive enrichment activities over the next six months.

A second round of Geneva talks focusing on quelling the uncontrolled violence in Syria, a major hotbed of Iranian paramilitary activity and proxy support of Bashar al-Assad, began on January 22, without Iran.

If the erosion of confidence and double-speak on both sides of the Joint Plan of Action continues and Iran resumes its pursuit of a nuclear weapon despite the looming sanctions, Saudi Arabia will have the green light to embark on its own program.

Although the US is becoming more energy independent, the rapidly expanding energy demands of countries such as China are not and simultaneous sanctions on Iran and Saudi Arabia are unlikely to be supported by the countries dependent on oil imports.

Sanctions on both Saudi Arabia and Iran, respectively the first and sixth biggest oil producers in the world, would remove an estimated 10.7 million barrels per day from the world supply — more than the total consumption of China.

The perception of an existential threat from Iran combined with a lack of cooperation from traditional allies serves as justification for the kingdom to divert from its obedient role as it gradually takes a more assertive position in confronting Iran.

Whether or not negotiations or potential military action successfully put a definite stop to the Iranian nuclear program, the Saudis are likely to begin to consider diverting from their role as a champion for regional non-proliferation to maintain an aura of self-determination and reliance in the next crisis.

While it is doubtful the Saudis will pursue their own nuclear umbrella with the flamboyance of the North Koreans or the aggressiveness of the Iranians, it would be prudent to expect gradual and inconspicuous steps such as expanding their civilian nuclear program to the point where it can potentially serve as a sufficient foundation for a modest military nuclear program and an eventual upgrade of its aging ballistic missiles.