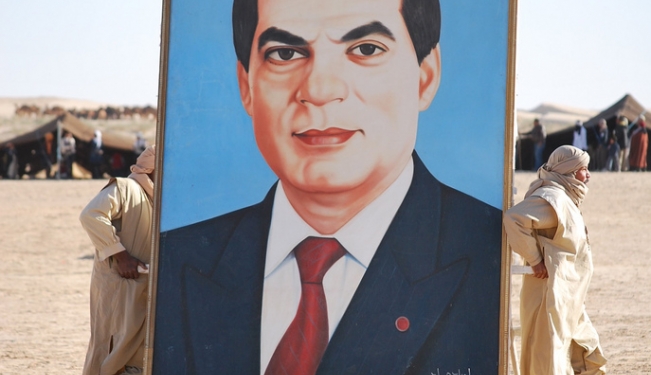 It is high tide in the sea of demand for political change. In just over a decade of the 21st century, the Middle East has witnessed several colourful revolutions and movements – Blue and Orange in Kuwait, Cedar in Lebanon, Kiyafa and million march in Egypt, Green in Iran, Jasmine in Tunisia, and ‘Pink’ (colour of protesters’ bandana) in Yemen, among others.

This pro-reform sentiment was corroborated in two recent surveys. While 63 percent of the audience in a Doha Debates episode favoured democracy, a YouGov poll across 17 Arab countries found that the majority preferred to live in a democratic state. But the latter survey also yielded an ironic result – two-thirds preferred life in communist China instead of multi-party democracy India, which indicates the skewed expectations and limited political awareness in this region.

The events in Tunisia, Egypt, Libya and Yemen indicate that the battle for a new political order in many parts of the Middle East is truly underway. Though the mass movements in the first two have been largely successful in achieving the people’s primary political goal, the ensuing systems do not guarantee realisation of the people’s larger goals, which are both political and economic in nature.

As much as these events raise the question of where next, it also raises the question of whether or not other governments elsewhere see reason to re-invent their systems. This leads to the crux of the argument about the wisdom of political evolution over revolution, from both the government’s and people’s perspectives. Further, there is no ‘one-size jacket fits all’ policy in the region’s politics, as evidenced by the unravelling of the protests and changes in Tunisia and Egypt on the one hand and Iran on the other.

As much as the developments in Tunisia triggered unrest in other countries, ‘people’s power’ did not entirely incite change in the North African country. Zine El Abidine Ben Ali’s hasty downfall was a result of ‘political sabotage’ from the ruling elite, which indirectly fuelled mass protests.

This support or lack thereof from the ‘inner circle’ is thus a crucial factor in determining the outcome of any people’s movement. Without taking away credit from the Egyptian protesters, Hosni Mubarak unlikely would have relinquished power if the ‘influential’ army had not ‘deserted’ him for tactical long-term political reasons. Similarly, the political ground realities in Libya appear to be more about a battle between and among divided tribal factions keen on using the momentum to recalibrate the political system.

These scenarios partly explain how Iran’s leadership managed to tide over the post-election crisis in 2009. As much as the Green Movement was keen to oust President Mahmoud Ahmadinejad, there was a disconnect between the reformist protesters and status quoist elite. A digressionary parallel would be the 1989 Tiananmen Square protest, which was crushed because of inadequate support from Communist Party elites.

Another element of political change that reformers and protesters must reflect upon is what alternative they wish to bring to the table. Worthy aspirations do not always yield the desired impact in realpolitik. Tunisia witnessed a change “in perhaps the world’s first revolution without a leader,” but a credible Plan B is still elusive, as is the case in Egypt; Iran got rid of monarchy, replacing it with religious conservatism; and the US-led coalition ousted Saddam Hussein without a transition plan for change-starved Iraq. In fact, several democratic countries also frequently change governments that fail to deliver on their promises despite claiming to be ideologically different and more administratively efficient than their predecessors.

Thus, as much as getting rid of the existing political dispensation offers much-desired relief, it does not address the core problems of the aggrieved ordinary citizens. A recent Asian example to support this argument is Nepal, which abolished a 240-year-old monarchy to become a republic in 2008, without significant economic breakthrough since then.

This reiterates the delicate economic-political link, which the Gulf countries have mastered. Repression is rarely the reason behind the relative political calm in this sub-region; it is welfarism that has helped them achieve the subtle equilibrium. Although Gulf respondents were ready to label their governments ‘undemocratic,’ more than 40 percent, according to the above-mentioned YouGov poll, still said they would re-elect their governments if elections were held.

What all this boils down to is that the nature of ‘governance’ is more important than the form of ‘government’. Empirical evidence suggests that even vibrant democracies are currently experiencing ‘governance deficit’. This does not mean that political change must be discouraged. Rather, it is indeed an opportune moment to usher in reforms. Equally, however, political change is not a precondition for economic change. Yet, given the nature of unrest the region is witnessing, the debate should no longer be about whether or not to introduce changes, but which country-specific reforms best suit them.

When Washington announced its plans after 9/11 to push for political reform in the region, the regimes and people understandably reacted with scepticism. If they had encouraged reforms then, they would have been akin to succumbing to external pressure. Because they did not initiate substantial change thereafter also indicated disinterest for reforms.

Thus, if ever governments were waiting for an opportunity to undertake reform based on ‘domestic realities’, it is now. Even if they do not go anywhere near conventional democracies, they should certainly move further from where they are today. They must realise the fundamental difference between change through evolution and revolution. And, in the events of Tunisia, Egypt and Libya, lie a lesson for both governments and the people – the endgame of the former is better than the fallout of the latter.