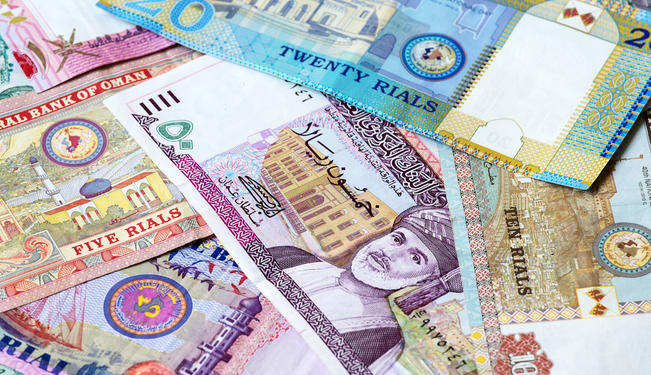 Quality education is fundamental to boost a country’s economic performance.

Over the past few years, the Sultanate of Oman has maintained an increasing growth rate and registered a mounting budget deficit against a backdrop of rising oil prices. As a middle-income economy, Oman relies heavily on energy revenues, which constitute as much as 45% of government revenues and around 50% of the country’s gross domestic product (GDP).

In turn, unemployment is considered as a significant problem in a country of 3 million inhabitants. In fact, unemployment in Oman has been stagnant at 15% among nationals and reached as much as 25% among young people aged between 18 and 29 years old.

Against this background, and in an attempt to reduce the rather high dependency on energy revenues, an economic strategy focused on the development of the private sector has been articulated in the past few years.

Fair Observer’s Najlaa Habriri speaks to Omani entrepreneur Qais al-Khonji. Al-Khonji has founded several businesses in Oman in the past and is currently the CEO of Genesis International. He is also a board member of several Omani organizations.

Habriri and al-Khonji talk about the latter’s personal and professional insights on the business environment in Oman and the attractiveness of entrepreneurship to Omani youth.

Najlaa Habriri: The economy of states in the Middle East and North Africa, especially in the Gulf, is mostly characterized as being overly reliant on natural resource exports. Oil and gas have brought a lot of wealth to the region, but arguably inequality as well. How do you see the issue of natural resources and their impact on the region’s economy?

Qais al-Khonji: As an open market, the Gulf Cooperation Council (GCC) offers a range of advantages and disadvantages. I personally believe there are inequalities within the GCC. Some people out there manage to make fortunes, whereas others fail but keep on trying. There is a third category of people who do not engage with entrepreneurship and prefer enjoying a fixed sustainable income.

Therefore, I believe that our governments should invest in education. We need “feeder brains” that can create a difference in our societies, whether in the GCC member states or in the wider Arab world.

In my humble opinion, I believe that two sets of knowledge are needed in our societies. We need more scientists and more entrepreneurs. People who make ideas and people who implement these ideas on the ground.

It is, therefore, necessary to invest in brains by offering the best quality education to young people in the region. That will allow these “brains” to make good use of our natural resources here in Oman and in the region.

Habriri: You are an entrepreneur in the Gulf yourself. What do you see as some of the best opportunities in today’s business environment and some of the most difficult obstacles? What needs to be done to tackle those obstacles?

Al-Khonji: I have personally faced various difficulties and have made so many mistakes before I could achieve success. I believe that all business endeavors should be this way.

As I stated above, the best combination to start a project, in my opinion, is if an engineer shakes hands with a businessman, provided that both share a strong passion toward the project.

As for the obstacles, there are many. I call the Omani market the market of the two “S-S” — that is the market of the “too slow and the too small.” It is slow in executing any given business order, which results in higher execution costs and shortens the project budget cycle.

The market is also small in that it has a small population, and an even smaller active population. It is difficult to make a business idea flourish in a city like Muscat, where there are only 900,000 citizens. Only unique and innovative ideas would be able to “survive” in similar environments.

Based on my experience and the current business environment in the Omani market, I would advise the youth to invest in services rather than goods.

Habriri: Since you are from Oman and have started several businesses there, I would like to talk about the country. How would you characterize Oman’s business environment? And, how do you see Oman’s potential for economic and business development?

Al-Khonji: As I said earlier, the Omani market is the market of the two “S-S.” Although it is quite a challenge, business indicators in the country seem to be heading toward sustained growth in the long-term. Our tourism sector is growing rapidly and new economic projects burgeon, making way for new opportunities.

Some of these include an upcoming railway project and the construction of the new airport. There are also a number of campaigns, some of which I am leading, to encourage entrepreneurship within Omani youth.

I consider entrepreneurship as the backbone of any given economy as well as its future. The government provides an important array of entrepreneurship opportunities by initiating big projects such as the ones cited above.

Habriri: Oman’s energy sector has strong ties with several Asian countries, especially China, exporting large amounts of oil and gas to the region. What is your view of the country’s economic ties and strategy?

Al-Khonji: Oman has strong economic ties with Far-Eastern countries. The strategic vision of Oman has always been directed toward jobs creation. And this is clear from the country’s economic strategy over the past few years, which was based on responding to the steady growth of population with income-generating projects.

Habriri: What are some of the lessons you have learned from starting your own businesses?

Al-Khonji: My entrepreneurial journey has taught me so much and still is. The beauty of starting a business is that one can learn from everyday changes. It can be a long journey, but the most important step is the first one.

My advice would be to take that first step, not to fear, learn, aim big and do not hesitate if one is convinced. One should never have any regrets as mistakes are part of the journey to success.

Habriri: As there are a non-negligible number of Western and multinational companies operating in the region, could you comment on their impact, potential and obstacles?

Al-Khonji: There are indeed a number of multinational companies and foreign individuals doing business in Oman. These individuals bring their experiences with them and invest in profitable projects in the country.

I believe the most important component in a business success is the “know-how.” We usually associate this know-how with foreigners. That is why I couldn’t insist enough on the fact that quality education is fundamental to boost a country’s economic performance.

Further, multinational companies allow the national economy to maintain a steady growth level as they create jobs for the locals and transmit technical expertise to Omani citizens.

The Abaya in the Boardroom

The Middle East Economy: Between Oil Wealth and Youth Unemployment