North Korea has had a relatively short and somewhat complicated relationship with the countries of the Gulf Cooperation Council (GCC).

In the period after the Korean War, when North and South Korea were engaged in a bout of diplomatic one-upmanship to see which could gain the most embassies around the world, Pyongyang largely steered clear of the Persian Gulf. Saudi Arabia and the other sheikhdoms were US allies and fiercely anti-communist. North Korea’s flirtation with the Non-Aligned Movement brought it closer to Egypt and Yemen, which extended diplomatic recognition in 1963. The independence of South Yemen in 1967 and its gradual consolidation as a Marxist regime pushed the country even closer to North Korea. But even as Pyongyang secured the recognition of dozens of additional states in the 1970s, it remained aloof from the other countries around the Persian Gulf.

As it did on the diplomatic front, South Korea had a head start in the Gulf on trade and investment. During the country’s first flush of globalization, South Korean firms were involved in a number of high-profile infrastructure development projects in the GCC. By the time North Korea began to interact economically with Gulf countries in any serious way, it was already experiencing a serious industrial downturn, followed by a famine in the mid-1990s. Because hard currency was scarce for North Korea, it didn’t have sufficient funds to import energy from the Gulf—as South Korea continues to do—but relied instead on nearby China for its energy needs.

Despite the lack of an energy relationship, North Korea does interact with the GCC in three realms. It maintains an official diplomatic relationship with five of the six countries, primarily through its embassy in Kuwait. It sends laborers to work in many of the GCC countries. And it is involved, somewhat tangentially, in military affairs in the region as well.

North Korea maintains an embassy in Kuwait where its representative, So Chang Sik, also serves as the ambassador to Bahrain, Qatar and the UAE. The envoy to Egypt, Pak Chun Il, represents his country in Oman (though he may be on the verge of deportation for alleged involvement in arms trafficking and evasion of international sanctions).

The Kuwait connection has been, at least officially, the most effective conduit between North Korea and the Persian Gulf. According to a 2013 article in The Times of Kuwait, the Kuwait Fund for Arab Economic Development has provided loans for several infrastructure projects in the Democratic People’s Republic of Korea (DPRK):

“In 2005, the Fund financed the rehabilitation of three water treatment plants in Pyongyang City, through repairs and replacement of pumps and pipelines, as well as the rehabilitation of Onha Canal and Botong River. Three years later, the Fund provided financing for the development and expansion of sewage pumping stations in the Capital. Last year, the Ministry of Land and Environment Protection entered into a contract with the Fund to provide for the construction of a new two-lane highway from Pyongyang to Pyongsong.”

In March 2016, two North Korean workers in Qatar escaped from their barracks to find refuge in a nearby police station. They complained about grueling working conditions and no paychecks.

North Korea has reciprocated, though primarily in the field of culture. As in other countries, most notably Cambodia, North Korean artists have deployed their skills in diorama construction built models, in this case building models for a museum in Kuwait that depicts “atrocities committed during the invasion of Kuwait and the effects of the aftermath of Gulf War.”

Another DPRK economic strategy to attract hard currency has been to establish overseas restaurants serving traditional North Korean food. In 2010, an outpost of the famous cold noodle restaurant in Pyongyang, Okryugwan, opened in a nondescript business park in Dubai. These overseas restaurants often cater to a South Korean and Chinese clientele.

Most North Korean workers in the GCC countries, however, are in the construction industries.

To accumulate hard currency, North Korea has been sending its labor force to other countries on a contract basis for some years. With the closure this year of the Kaesong Industrial Complex, which had employed over 50,000 North Korean workers in South Korean-run enterprises in a factory just north of the Demilitarized Zone, Pyongyang might be expected to send out more such workers to various parts of the world.

Thousands of North Koreans currently work in the Gulf, with over 3,000 in Kuwait, as many as 3,000 in Qatar, 1,300 in the UAE, and 300 in Oman. Most of these laborers are construction workers. In Qatar, for instance, they have joined South Asians and others to get the country ready for the 2022 World Cup.

As it has done with all of its contract laborers around the world—including in Kaesong—the North Korean government takes a large cut of the wages of its workers. According to an Abu Dhabi source quoted in Chosun Ilbo, “North Korean workers make between USD 300 and USD 500 a month, but the North Korean government confiscates USD 150 and even USD 250 as loyalty payments, leading to a lot of conflict.” Even if the workers receive only 10% of their wages, however, the assignment yields considerably more than virtually any official job inside North Korea. Despite the long hours, and rather difficult and dangerous work, the overseas assignments are much sought after among North Korean workers. The drop in energy prices, and the associated downturn in the construction industry, has put a strain on this model of labor exploitation. For instance, some unemployed North Koreans chose to earn money a different way: by bootlegging. Several reports circulated in 2014 of North Koreans detained on charges of distributing liquor, an offense in the tea-totaling Gulf. “A probe by the Kuwaiti police in November 2008 saw 10 North Korean workers arrested for their role in an alcohol distribution ring,” according to the DailyNK.

Because of fewer job opportunities and the regime’s perennial need for more hard currency, the North Korean government might also be squeezing its workers who still have jobs even harder. In March 2016, two North Korean workers in Qatar escaped from their barracks to find refuge in a nearby police station. They complained about grueling working conditions and no paychecks. But they were also unemployed, so it is not clear what they feared most: being sent back to North Korea or staying and working in difficult and dangerous jobs.

North Korea is well known for its military relationships, primarily the arms sales it negotiates with various countries around the world. The Middle East has been a major source of imports and a major destination for exports. In the past, North Korea has sold missiles to Iran, Egypt and Syria, and acquired technology from Pakistan to expand its uranium enrichment capacities. Gulf purchasers of North Korean ballistic missiles have included both Yemen (in the early 2000s) and the UAE (in the late 1990s). International sanctions, however, have led to a significant contraction in this network of military relationships.

During the current war conducted by Saudi Arabia and its allies in Yemen, however, evidence surfaced of North Korean SCUD missiles used by the Houthi rebels. These are not part of new shipments, but rather date back to earlier purchases by the Yemeni government. “Back in 2002, Yemen purchased around 20 Scuds from the North Koreans,” Joseph Bermudez told Vice News. “So it’s likely the Scuds being used in the conflict did come from North Korea originally.”

Then there is the nuclear issue. In an article in The National Interest, Zachary Keck suggested that Saudi Arabia, in response to Iran’s nuclear program, might acquire a bomb of its own from North Korea. His argument boils down to this: North Korea needs a wealth patron to replace an increasingly ambivalent China, and Saudi Arabia has plenty of money, so the two countries might very well come to some modus vivendi.

It is rather far-fetched, however, for the simple reasons that North Korea and Saudi Arabia have never gotten along. Unlike Iran or Syria, Saudi Arabia is a close US ally. And although North Korea has been mercenary in its economic transactions in the past, it has not in fact crossed the red line of selling nuclear material. In any case, as long as the Iran nuclear agreement holds, Saudi Arabia will likely remain outside the nuclear club and keep its distance from North Korea as well.

The future of North Korea-GCC relations will likely proceed in a similar vein: formal but not very close official relations, little if any military cooperation, and an economic partnership based largely on North Korea’s provision of skilled but relatively low-wage labor.

*[This article was originally published by Gulf State Analytics.] 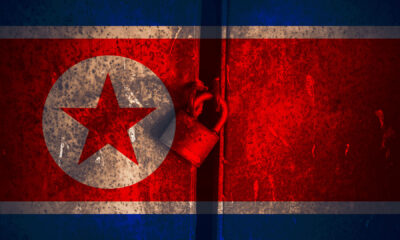 Sanctions on North Korea Do Not Work 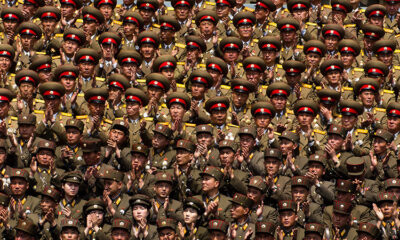 It’s Time to Act, Not React, on North Korea 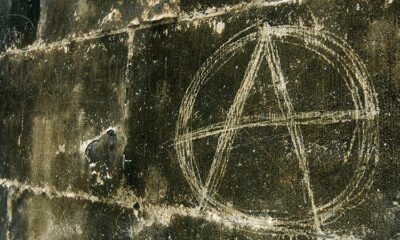