Allow me to welcome you in your steady evolution into our world. According to your leaders, Democrats and Republicans, you are either “lowlifes” or “deplorables.” There is bipartisan agreement on this. That’s a very good start.

Where I come from, the Arab world, we have gone beyond that. Long ago. We are not deplorables. We are not lowlifes. Our current status is “expendables.” Yes, the ultimate level of evolution, just before entering nirvana.

Recently in Libya, a new example of our expendability was discovered in a few mass graves, generosity of Field Marshal Khalifa Haftar and his military supporters in humanist France, totalitarian Russia and “democratic” Egypt. Haftar is, of course, bankrolled by the usual ATMs, Saudi Arabia and the UAE, who have immense abilities to subsidize any carnage, anywhere, anytime.

So, my deplorable, lowlife American friends, you are ok. For now. If you are patient enough, you might be rewarded, like us, with the ability to have rulers who don’t hassle you every four years to line up and, well, vote! Not that it matters really. The folks in that great “democratic” institution your Constitution has created, the “Electoral College,” don’t really need your vote. They just put in the dude they like regardless of whom most of you vote for. Remember 2000? Happened again in 2016. Maybe before too. I can’t be bothered to check. Doesn’t matter, really.

So, don’t allow the Electoral College to do it again. Evolve. Stay ahead of the curve. Get yourself a president for life. One is already gearing up. We are Arabs. We can show you how it’s done. Once your evolution is complete, you will attain our status. You will no longer be deplorables or lowlifes. You will become expendable, like us. We will be real brethren. Hand in hand, we will walk toward nirvana.

Just so you know, we, in the land of the Arabian nights, are experts on this. We got ourselves a bunch of field marshals. And the good thing is, these field marshals don’t need to have won wars or even been in one. Libya’s Field Marshal Haftar never won a battle. In fact, he got himself captured and humiliated in Chad. Ran away to Virginia. Yes, your Virginia. Became one of you. Pledged his allegiance to The Star-Spangled Banner, then came back to try to restore a military junta in Libya at the behest of liberté-égalité-fraternité France et. al. He failed. Again. No one knows his current whereabouts. Some say Field Marshal Abdel Fattah al-Sisi put him in “protective” custody. I think he is probably back in Virginia, offering advice there and helping you evolve.

Then we have Egypt’s Field Marshal Sisi. He never saw action in his life. Unless of course you count the Cairo blood bath that brought him to power. Now that’s a lot of action. That was Sisi’s route to field marshaldom. With some luck, your current great leader might become a field marshal too.

And of course, there’s Yemen’s field marshal, Ali Abdulla Saleh. Well, at least he saw a lot of action. All of it inside Yemen of course, making sure nobody can get rid of him. The plan didn’t work. He got whacked. Bless his soul. He was succeeded by Field Marshal Abd-Rabbu Mansour Hadi, who actually saw some foreign action. From his exile palace in Wahabistan, he currently plays the internationally recognized president of Yemen. Because he can’t come to Yemen. No Yemeni national wants him. So he got himself internationally recognized.

See how that scam works? Anyway, one day in March 2015, they woke him up from his palatial afternoon siesta and brought him to the command and control center in Riyadh for a photo op, sitting in front of a bunch of screens showing foreign missiles hitting Yemeni neighborhoods. So he participated in some real action. So at least one internationally recognized field marshal president saw international action. We have amazing field marshals, don’t you think?

My dear American friends, you can do this. You have field marshals. I am sure. All those wars all over the globe. You must have a bunch of field marshals. It doesn’t matter that they and their trillion-dollar war machine didn’t win any war in living memory. Not in Vietnam or Afghanistan or Iraq or any one of the many trillion-dollar wars they fought in which poor American kids were sent to die, protecting some ruthless foreign despots while enriching corporate America’s war merchants. Don’t bother with all that. No need for quality control. The most important thing is that you have field marshals, and they are usually very capable when it comes to saving the cost of needless elections. I know. It works. I am an Arab. We have the expertise for this. Trust me.

First things first: You are doing fine. You have attained the status of deplorables and lowlifes. Your leaders on both sides attest to that. That’s quite a feat. Expendables is now within reach. Be patient, tolerant and quiet. Don’t agitate. Protests and agitation distract from the evolutionary process. Remember, people are working hard to speed up the process. If you are lucky, the 2016 election will be the last time anyone will really bother you. Stay engaged.

We Arabs are waiting for you at the gates of nirvana. In MAGA we trust! 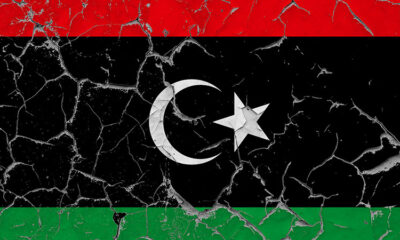 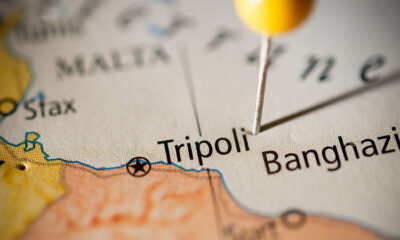 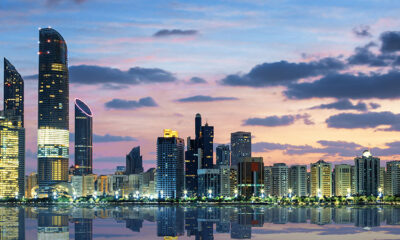