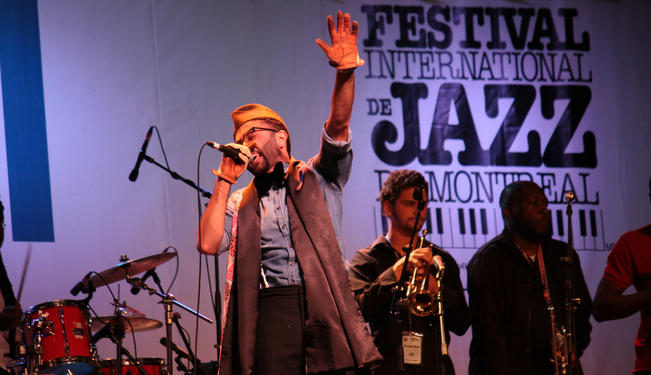 Megan Bénéat-Donald in conversation with Iraqi-Canadian musician, The Narcicyst. This is the first of a two part series.

Iraq is the bomb – or so thinks the Iraqi-Canadian musician, The Narcicyst. While this ironic play on words well illustrates his unique brand of politically-conscious dark humour, behind the witty façade lies an artist with heavy emotional baggage. Since an early age, his life has been spent in exile, first in the UAE, and later in Canada. These experiences of displacement and migration clearly shaped the direction of his music, and as a child of the Iraqi diaspora, he forged his identity with the spirit of a visionary, tracing a hitherto unexplored path. Self-produced and fiercely independent, his music and lyrics are mirrors of his inimitable persona.

For me, listening to The Narcicyst is like riding a long and winding rollercoaster: every turn leaves me winded, and even though I can’t catch my breath, I never quite want it to end. Some songs have left me feeling elated, others pensive and melancholic, and some have made me laugh out loud. In spite of the many different styles he employs, however, all of his lyrics exude a multilayered complexity that is not easy to grasp initially. It can take more than a few rewinds to understand "Narcy-talk". However, once you catch on to his lyrical magic, it becomes an enlightening experience.

From my many conversations with this incredibly talented artist, I have discovered new ways of appreciating hip-hop and questioning the world. Uncensored, unrestricted, and unbelievable as ever, this is the man in his own words.

Megan Bénéat-Donald: How would you introduce yourself to someone who has never heard of you or your work?

The Narcicyst: Wow. You stumped me with the first question! I would say to people that I am one of the growing numbers of international citizens who communicate through the arts. I am one of the echoes of our ancestors’ past coming back to be heard from the East to the West. I am a representative of the world, of peace, of coexistence, of life, and of love. I am a musician and a writer. I am a vision, and a devout believer in visionaries. I am a follower of no man, and a person of the people. I am Yassin, but most [people] know me as The Narcicyst.

Bénéat-Donald: What key episodes in your life led up to this moment in your career as a musician?

The Narcicyst: I think I became a musician out of the need to express the jumbled experience of travelling back and forth between continents, countries, and realities. As a young man, it was hard to really understand the political and social situations my parents were escaping, and the sacrifices they were making for us to "live". That confusion led me to hip-hop, one of the most "mashed-up" musical forms of our generation. I think the beautiful thing about hip-hop is that it is truly a mix-and-match of inspirations from all over the art world, from fashion, samples, and drums, to words; it is the world in a nutshell. Discovering hip-hop led me to start writing things out in rhyme, first and foremost.

I think realising that I didn’t need to define success or define a specific goal is what led me to be content, and where I am now. When we first started making music in the early 2000s, our main goal was "get a deal or rhyme trying". But, as the industry slowly unshackled itself out of the old way of thinking and its distribution model, I started realising that many of us Arab artists were setting our own paths and roads that hadn’t even been dug up yet. So, I started looking at independence and having this dual existence – living half of the year in Canada and spending the other half travelling – as success. I am blessed to be able to eat, survive, and continue what I love doing – and I wouldn’t change it for the world. I also believe that seeing the "behind the scenes" of the music industry made me realise who I am, who raised me, and what my values are. It truly is a test at times, to see your favourite people disappoint you, or having to walk away from the temptations that surround you without letting them destroy your life. It’s been a journey that I’ve controlled from top to bottom, and no person can take this autonomy away from me.

Bénéat-Donald: Many of your songs use humour as an approach to highly sensitive and political subjects, such as Larry David and Phatwa. Is humour something you feel is necessary in tackling the issues you write and sing about?

The Narcicyst: Humour is a big part of my personality. I’ve learned to really be myself on the microphone, as opposed to a persona of some sort. If you meet me, you will see I am the same person on and off stage. I have no filter. I can be awkward, I can be sarcastic, and I can be serious. The general perception when we started making music was that I was a political rapper who hated the world for what it was. I realised early on that I was not as "dark" as people perceived me to be, so I started shifting, shedding layers, and slowly presenting myself as who I was.

*[Read the final part of "The Narcicyst: Iraq is the Bomb". This article was originally published by REORIENT.]