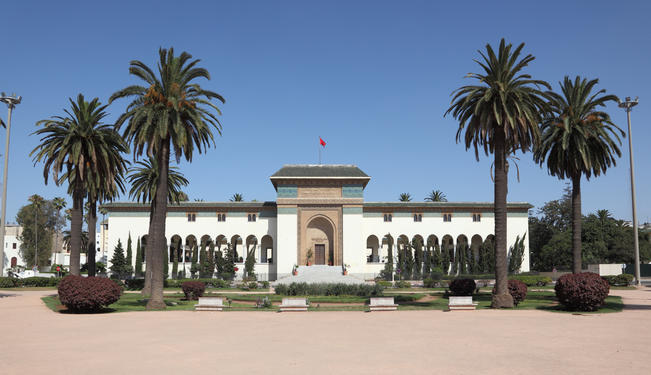 When rebuilding economies in the MENA region, crucial lessons can be learnt from Europe.

A great deal of hand wringing goes on as bad news continues to drown out progress in the transitions occurring in the Middle East and North Africa (MENA). From Egypt and Syria, to Libya and Yemen, nay-sayers and pundits readily point out that there are few short term solutions that do not require some pain in the process of moving forward. As national identities crumble under the assault of religious and partisan appeals, it is problematic to come up with short-term remedies that do not have long-term consequences for the political and economic health of the countries.

It seems to me that, aside from Tunisia at the best of times, which is not often enough, there is a failure by governments in transition to sustain effective messaging that people can understand on how the government is going to concretely tackle unemployment and corruption. Blaming the IMF for subsidy reforms is not a credible strategy for laying the groundwork for other steps that must be taken to reduce public debt incurred as a result of inflated bureaucracies, inefficient labor regulations, and insufficient investment capital available for small and medium-sized enterprises (SMEs). In Morocco, even the thoughtful proposals on the parliamentary agenda are stalled, as the government negotiates every step of reforms needed to reduce expenditures and stimulate sustainable economic growth.

Setting aside the Gulf Cooperation Council (GCC) countries, where extravagance permits over-the-top bandages such as forgiving private debt, the challenges in the Maghreb are enormous and yet citizens are rarely being mobilized to take part in economic development. Rather, they are pulled in different directions by political forces more concerned with scoring points and securing power than contributing to a way forward that is balanced, equitable, and contributes to necessary long-term changes.

Outside organizations working in the MENA are working to provide mechanisms to bridge the messaging gap between governments and citizens. The George C. Marshall Foundation, in cooperation with the Stimson Center and L’Insitut Arabe des Chefs d’Enterprises, recently held a conference in Tunis that “brought together business people, academicians, policy planners and other thought leaders for a day and a half discussion on regional economic integration in the Maghreb.” The purpose of the conference was to determine how the action principles behind the success of the Marshall Plan in rebuilding Europe “might best be applied to contemporary situations where economic reconstruction or mass relief is needed.” One of its principal tenets seemed quite relevant to my thinking about the challenge of promoting both top-down and grassroots support for economic reform: “Political leadership and elements of self-sacrifice and determination are essential to the success of aid programs.”

In the US, Bill Clinton’s first presidential campaign built around the message “It’s the economy stupid,” illustrated how critical it is to capture the public’s imagination and involvement in a dialogue about progress that had consequences beyond slogans. Similarly, the pressures of trying to reverse decades of economic and political mismanagement have resulted in a credibility barrier especially for the transitional governments in Libya, Tunisia, and Egypt. As is evident from the competing demonstrations in those countries, evolving a consensus on key solutions without some parties feeling marginalized is an overwhelming challenge at times.

A key lesson in “participatory democracy” that seems to have emerged from the trials of the transitional governments is that the process of engaging citizens effectively in participatory and respectful politics is daunting under the best of circumstances. Their previous experiences with the former governments in Libya, Tunisia, and Egypt in particular have not given people a sense of national citizenship that transcends more particular allegiances. To help address this “communications gap,” the US-Middle East Partnership Initiative (MEPI) has launched a series of civic engagement programs in the Maghreb to enable youth, civil society, and advocacy organizations to more effectively engage in the political process.

The World Bank Institute (WBI), along with the World Bank Middle East and North Africa (MENA), recently “brought together government officials and civil society practitioners from Morocco, Jordan and Tunisia to discuss how citizen engagement can contribute to more informed policies; how to develop codes of practice for public consultations; and how to use online tools to facilitate consultations.” The program aims to enable governments to “make informed decisions while creating public trust” by ensuring that the voices most impacted by the policy have been heard and addressed. Moreover, the program supports an inclusive process to ensure that the right players are involved, recognizing that public consultations can be critical “since the government may not have all the solutions at hand.”

This program complements others in the region, such as the National Dialogue on Civil Society in Morocco, focusing on how more inclusive and transparent communications between governments and citizens can reduce conflict and promote consensus around key development and governance issues. An essential element is training trainers in both government agencies and NGOs on the principles of public consultations as a tool for civic engagement.

While these efforts may be small steps in terms of bringing governments and citizens together, they are critical for directing “street” energy into advocacy tools using outreach technology and e-government to provide better access for people and greater knowledge and awareness for public officials. For the international donor community, there is a lesson here from the Marshall Foundation’s tenets: “Any successful aid program must be driven by the country and not imposed by outside countries or institutions.” When people speak as part of a respectful dialogue and the government listens and acts to credibly engage its citizens, the street will return to being a thoroughfare rather than an avenue of protest and disorder.

*[Note: This article was produced in collaboration with Morocco on the Move, and represents the views of the author and not the perspectives of the Moroccan American Trade & Investment Center.]