Lebanon’s tensions demonstrate the flawed nature of nation-states in the Arab world.

When states are created without the correspondence of a crystallized nation, the outcome of nationalism can be linked to community tensions and, to some extent, the development of terrorist organizations like the Islamic State (IS).

The current context in Lebanon illustrates the roots and outcomes of this peculiar situation. Mashreq states—in this case limited to Iraq, Syria, Jordan and Lebanon—were created in a short space of time in the wake of World War I without a stable nation composing them.

Consequently, Arab nationalism developed in a particular way, characterized by two main branches: qawmiyya and wataniyya. Qawmiyya is a nationalism determined by the adhesion of the individual toward Arab nations as a whole; it is the practical translation of pan-Arabism.

This project includes and also stands in opposition to the other nationalist trend that is wataniyya, which is defined as the adhesion to a specific Arab country. Wataniyya nationalism is fundamental to understanding the strength of dynamics that currently shake Lebanon’s fragile equilibrium.

The Case of Lebanon

As political power in Lebanon is shared on a confessional basis—the nation being composed of Sunnis, Shiites and Christians—the country appears to be threatened by its diverse range of identities within one political entity.

The fracture between Shiites and Sunnis is no less political than spiritual. It is linked to the succession of Prophet Muhammad, and therefore, a mix of political and spiritual power and legitimacy concerns lead to community tensions. Over the last century, the Shiite community has often been oppressed or used as scapegoats by Sunnis in times of crisis or community tensions. This dynamic, although observable throughout the Middle East, has been particularly apparent in Lebanon.

In the 1980s, approximately 300,000 people from the southern Lebanese population, mainly Shiite, were restricted by the Lebanese army from taking shelter in the north amid Israeli attacks. Left abandoned and marginalized, they organized themselves in a militia, resulting in the Amal movement.

Presently, there are two main actors expanding Shiite transnational influence in the Middle East: Hezbollah, since its involvement in the Syrian Civil War; and Iran, through its financial, operative and ideological support to various Shiite populations and movements. This support notably concerns the education of the Lebanese religious elite; the financing of infrastructures projects such as hospitals; and the promotion of Iranian culture through the Islamic Culture and Relations Organization (ICRO). According to The Washington Post, Iran’s aid to Hezbollah is up to $200 million annually.

On the other side of the divide, there is no Sunni Muslim unity, as three main actors share the regional power without putting in common their actions in support of the Lebanese Sunni community: Turkey, which is not an Arab country; the Wahhabi Saudi Arabia; and the young but growing power of Qatar.

The outbreak of the Syrian Civil War on Lebanon’s frontiers had direct repercussions on its divided society. Tension and violence ensued, as the Sunni community mainly supported the insurrection, while Shiites mainly backed the Syrian regime. The confrontation between these factions first set aflame the northern Lebanese city of Tripoli, but subsequently spread to Beirut and then southern Lebanon. Between May 2012 and January 2015, violent political incidents have resulted in over 700 fatalities and 2,600 injuries, while the threat of a new civil war remains.

In addition, Hezbollah, which was originally created for the resistance against Israel, turned its back on its main objective and involved Lebanon as a whole in the Syrian war, sending over 5,000 fighters to fight against the rebellion.

The Lebanese Sunni population saw this act as abusive and illegitimate, and reacted through marches in support of the Syrian insurrection and against Hezbollah and the Lebanese Shiite community. For Shiites, however, Hezbollah is acting within its original mandate aimed at the destruction of Israel.

Indeed, the legitimacy of Hezbollah’s involvement in Syria—as explained by its secretary-general, Sayyed Hassan Nasrallah—is a maneuver of defensive jihad and rests on the fact that the crisis in Syria is the result of Western terrorists intent on the country’s destruction and the abolition of the anti-Zionist resistance protecting Lebanon.

Popular Sunni religious figures such as Sheikh Ahmed al-Assir, who is openly opposed to Hezbollah and Iran, reacted to these developments and mobilized the Sunni community to take drastic measures against what he calls the “Sunni humiliation.” He created the first Sunni militia to intervene in Syria: the Free Resistance Brigades (Kataib al-Muqawama al-Hurr). Due to the failure of transnational Sunni solidarity—with a lack of political, financial or even ideological support from Turkey or Saudi Arabia—parts of the Lebanese Sunni population turned to religious extremism.

In a context of Hezbollah and Iran’s illegitimate and abusive domination over Lebanon’s security, social and political sphere, the Islamic State’s actions and objectives appear as a seductive alternative for the humiliated and deprived Sunni Lebanese population. This community, particularly brutalized by the Shiite oppression, has entered into a state of compliance and appeal for the use of violence as a means to achieve political goals. Yet to speak of religious extremism today is to speak about the Islamic State.

Extracting its legitimacy from the considered “true borders” prior to the Ottoman Empire’s dissolution by the Sykes-Picot agreement, IS’ expanding state uses a narrative of revenge on both Western and Shiite powers for its violence and intrusion against the Sunni Lebanese existence.

While IS remains supported only by a minority in Lebanon—as this terrorist organization also symbolizes the Sunni empowerment and revenge against Shiite powers—it seduces frustrated and brutalized Sunni Lebanese onto the path of violent political Islam. This part of the population, facing deprivation and an absence of political alternatives, reacts through extreme political stands and, therefore, is more likely to take the path of jihad.

In this context, traumatic experiences are often the determinant event defining a movement or a population. If it was the abandoning of the southern Shiite Lebanese by their own government in the 1980s that led to the establishment of the Amal movement, its equivalent for the Lebanese Sunni population is Hezbollah’s involvement in Syria—an involvement without any national consent of the Sunni Lebanese population, into a conflict they did not support and that triggered this extreme political movement.

From Oppressed to New Oppressor?

The Shiite-Sunni relationship appears, especially in Lebanon, unbalanced and stuck in a situation in which one pole is dominating the other.

Paulo Freire’s analysis that the oppressor-oppressed relationship tends to create an oppressed entity identifying oneself by the oppressor is applicable here. If to be oppressed is to be a sub-human, to free oneself of the submission is to reach manhood. The issue is that the conceptions of the oppressed have been conditioned by the contradictions of the concrete, existential actions by which they are shaped. In this context, Lebanese Sunnis adopt an attitude of adhesion to Shiite maneuvers, even though they are against them, and therefore, Sunni empowerment will be reached once this population becomes the oppressor.

The problem in this regard is that the liberation of the oppressed can only happen by the end of the oppressor-oppressed existential scheme. Here, the contradiction between the poles leads not to real liberation, but to identification with the opposite pole: a vicious circle of never-ending violence where the power repeatedly fluctuates from Lebanese Sunnis to Shiites.

In Lebanon’s case, the diversity of a national rationale—such as religious identities, leading to social and political consequences both in a domestic and international context—leads the two main communities to reject each other and to enter into the vicious circle of liberation in switching the oppressed status with the oppressor one.

Alexis de Toqueville affirms that only religion or nationalism can create a long-term community; they combine and strengthen one another in most nation-states. However, notably in the case of Lebanon, those two creative matrices remain in rivalry to each other and thus prevent the establishment of a non-oppressive community.

The weakness of a national sentiment in the Middle East gave—if not legitimacy—a fertile ground to transnational movements and violent schemes. The frustration escalated from the individual to an international context, as the tensions inside Lebanon recreated themselves on a larger scheme and eventually reached international movements.

Hezbollah and Iran’s policies are influenced by the sentiment of the Shiite oppression by the Sunnis, therefore, implying a need for a defensive jihad. Those actors seen as oppressors by Sunnis triggered counteractions and movements. The Islamic State, because of a lack of political and international solidarity solutions, has become the most dramatic manifestation of these counteractions. 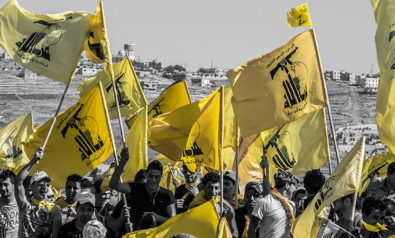 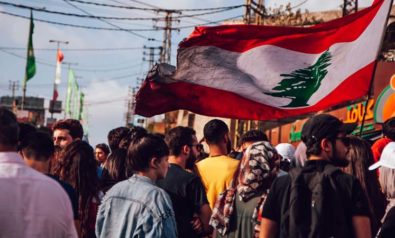