The prospect of potential domestic unrest has hit a raw nerve in Iran.

Iran has long been a formidable regional force. It has projected its power by backing Shia militias, such as Hezbollah in Lebanon or Hashd al-Shaabi in Iraq, or Sunni groups such as Hamas in Palestine, thereby engaging in a proxy war strategy throughout the Middle East. However, since the independence referendum held in Iraqi Kurdistan on September 25, Iran has become decidedly more explicit in flaunting its involvement in attempting to control the latest regional tensions developing in Iraq between Baghdad and Erbil.

The flash point of this conflict began in Kirkuk when Qasem Soleimani, the head of the Iranian Quds force (the foreign wing of the Islamic Revolutionary Guard Corps, IRGC), made his presence there public in October, defiantly demonstrating Iran’s influence in Iraq to America. Following the capture of Kirkuk by Shia militias and Iraqi forces, Iran’s Supreme Leader Ayatollah Khamenei’s photo was promptly displayed in the newly deposed governor’s office. In a final show of defiance, after US Secretary of State Rex Tillerson told Shia militants in Kirkuk to “go home,” Qais al-Khazali, leader of Iran-funded Asaib Ahl al-Haq militia, told America to prepare to withdraw its troops from Iraq.

Two particular events that directly targeted the Iranian regime’s weak spot and potentially destabilizing factor — popular unrest at best and uprising at worst — triggered Tehran’s increasingly assertive and confrontational stance. Iran fears domestic unrest because, while it has successfully spread its power abroad by empowering Shia parties and militias, internally it has achieved control through severe repression of both its ethnic minorities and dissident political voices.

You Are Our Friends

The first event came in the form of President Donald Trump and Israeli Prime Minister Benjamin Netanyahu’s speeches at the UN General Assembly in September, in which both made overtures to the Iranian people. Trump spoke of “the Iranian regime’s longest-suffering victims: its own people.” Netanyahu declared to the “people of Iran: You are not our enemy; you are our friends.” He then put on a full charm offensive and repeated his advance in Farsi: “Shoma doosteh ma hasteed” (You are our friends). He went on to say that “One day, my Iranian friends, you will be free from the evil regime that terrorizes you, hangs gays, jails journalists, tortures political prisoners… .” Both speeches were accompanied by warnings of Iran’s growing power that must be curbed. This insinuates an interesting strategic change of policy that involves targeting the Iranian regime’s fear of destabilization through internal revolt.

The second event was the unexpected mass support of the Iranian Kurds for Iraqi Kurds’ independence referendum that caught most off guard. Before the results were even announced, the sheer number and speed at which hundreds of thousands of Kurds gathered throughout the Kurdish cities of Iran to celebrate was astonishing. Iranian Kurds defied a repressive regime in a way that had not occurred since the Islamic Revolution. The crackdown was prompt, with anti-riot forces and tanks being sent into Kurdish cities, and over 700 civilians detained. The Mahabad Republic of 1946 — the first attempt at an independent Kurdish state — still haunts the Iranian regime, which is now alarmed by the unity Iran’s Kurds have demonstrated with their Iraqi neighbors. What is more, this civilian outpouring if support was followed by political solidarity from the Democratic Party of Iranian Kurdistan (PDKI) and Komala, as well as military support from Kurdistan Freedom Party (PAK, Iran’s Kurdish militia) that has been fighting in Iraqi Kurdistan in post-referendum confrontations.

The events that occurred in the Kurdish regions of Iran received scant media attention, and when they did, they were demonstratively downplayed. This was the case during a panel discussion organized by The Washington Institute at the end of September, during which it was suggested that only 1,000 people protested, and that the demonstration was fairly irrelevant and easy to contain. The reality on the ground was conspicuously different, and Tehran’s heavy-handed response is an indication of the regime’s angst regarding its minorities.

Iran will go to great lengths to suppress the Kurds, as, despite being an ethnically diverse country in which 40% to 50% of the population is non-Persian, its minorities have been historically repressed. The repression faced by ethnic and religious minorities is widespread, ranging from discrimination, persecution and economic and cultural marginalization, to torture and mass executions in front of relatives after show trials lasting no more than 15 minutes. At times, this has led to unrest. For instance, in 2006, the Azeri minority held large protests and burned down government buildings after a cartoon portrayed them as cockroaches, with hundreds of protestors were arrested as a result.

More recently, in early September 2017, large protests erupted in Kurdish cities following the killing of two Kurdish men by Iranian security forces at the border. These protests were met with tear gas and gunfire, with hundreds arrested.

The Kurds are becoming increasingly restive, threatening the status quo. It is important to bear in mind that the extent of the repressions, executions and silencing that the Kurds face in Iran is such that they are known as the “forgotten Kurds.” It is therefore a common error to underestimate the threat they represent in the eyes of the Iranian regime as their discontent rises.

Trump’s recent decision to decertify the Iran nuclear deal and to introduce sanctions against the IRGC under a terrorism financing executive order has received significant media attention and is undeniably part of the reason why Iran is reacting in open defiance to America by showing that it ultimately holds sway over Iraq — an undoubtedly bitter pill for the US to swallow. However, it seems that the recent external and internal tribulations have hit a raw nerve in Tehran.

Indeed, whilst many in Iran do support the regime, many do not. For example, in response to the IRGC designation as a terrorist organization, Iran’s Foreign Minister Javad Zarif launched a Twitter call of national unity with the IRGC, which was not a resounding success. The social media response demonstrated that many Iranians view the IRGC as an organization that terrorizes its own people. It is noteworthy that many Iranian voices that dissented on Twitter are based inside Iran and not just in the wider diaspora, which is in itself a significant sign of defiance to the regime.

In its attempt to rally popular support behind the IRGC, the regime attempted to create a semblance of overt national cohesion in response to outside pressures precisely because it knows very well that a large proportion of its population does not endorse the regime. Suffice to remember the 2009 Green Movement that erupted in mass protests after Mahmoud Ahmadinejad’s contested reelection. The repression was brutal, but it was also a clear indication of simmering discontent throughout Iranian society.

Activists from ethnic minorities were also involved in the Green Movement but were soon disenchanted as the leaders were reluctant to support minority rights, which are viewed as having separatist undertones. Ironically, President Hassan Rouhani was elected on the joint promise of achieving a nuclear deal and civil rights reform, including fair trials for ethnic minorities and Green Movement leaders. Yet today the human rights situation in Iran has deteriorated even further past the levels of Ahmadinejad’s presidency, according to Ahmed Shaheed, former UN special rapporteur. Consequently, domestic tensions and discontent may well continue to rise as Rouhani’s promises of reforms are not being met.

Iran knows that its most concerning weakness and challenge lies in domestic, not foreign, destabilization. It has therefore resorted to taking a much more openly aggressive stance in asserting its power in the region as its long-term challengers — Israel, America and its own Kurdish minority — have apparently turned to more openly seeking to gaud Iran’s weakest point. 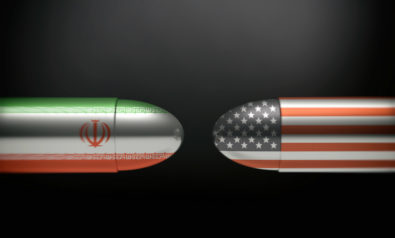 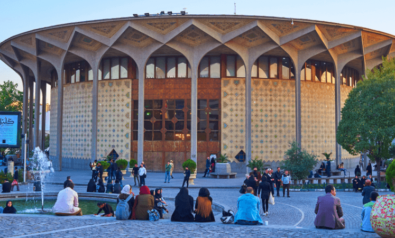 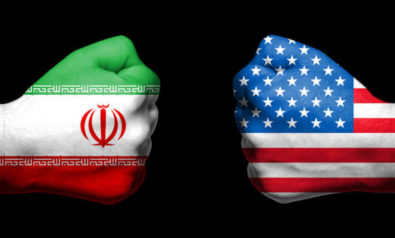