Saudi Arabia is focusing not only on forging political ties with Iraq, but also on strengthening bilateral trade and economic links.

Since King Salman ascended to the throne three years ago, Saudi foreign policy has become increasingly muscular, underscored by the ongoing crises in Yemen and Qatar. The rise of Iranian influence in the Middle East has been the prime factor driving this Saudi approach to regional issues. Of all the political fronts where Riyadh is attempting to counter Tehran, the Saudis have managed to achieve a significant degree of success in Iraq.

The invasion and occupation of Iraq in 2003 by the United States and the United Kingdom changed the fortunes of the country’s Shia political forces. Soon after Saddam Hussein fell, Shia factions emerged as the dominant power component in Iraqi politics. Iran managed to leverage this shift by influencing different Shia blocks to coalesce and form a government. During the successive governments of Prime Minister Nouri al-Maliki, Iran became the prime player in Iraqi politics.

Meanwhile, Saudi Arabia did not assertively contest Iran’s involvement in Iraq. Although Sunnis constitute Iraq’s second largest polity, their influence in Iraqi politics has been on the decline since 2003. This has been partially due to a reluctance of regional Sunni powers, specifically Saudi Arabia, to engage in Iraq and to support the political interests of Iraqi Sunnis. Saudi Arabia had traditionally maintained links with Sunni tribal elites in the Anbar province. Yet this engagement was never strategic in nature and did not change the political fortunes of Iraqi Sunnis. Riyadh had practically given up on Iraq and, until recently, considered its government an Iranian proxy.

King Salman and Crown Prince Mohammad bin Salman (MBS) have effectively changed Riyadh’s strategies and launched a charm offensive to connect with Iraq’s present government. This shift is due partially to Haider al-Abadi’s rise to the rank of prime minister. Abadi has taken a somewhat nationalistic stance on political issues concerning Baghdad and has positively engaged with all of Iraq’s neighbors. This mutual willingness to improve the relationship resulted in Saudi Arabia appointing its first ambassador to Iraq since Saddam’s invasion of Kuwait.

Relations entered troubled waters again, however, when Iraq’s government requested that Saudi Arabia replace the kingdom’s ambassador following his controversial statements about Iran’s involvement in Iraq. The Saudis acted pragmatically and recalled their ambassador but did not suspend their diplomatic representation in Iraq, and the strain in bilateral ties created by the ouster gradually eased. Visits by Saudi Foreign Minister Adel al-Jubeir, Iraqi Interior Minister Qasim al-Araji and also by Abadi were instrumental to this end. Moreover, the Saudis realized that the enormous power of Shia militant groups in Iraq could not be countered openly, but instead required a pragmatic policy of a deeper engagement that included nationalistic elements.

The defeat of the Islamic State (IS) in Mosul and other cities by Iraqi security forces has further prompted Baghdad and Riyadh to move toward rapprochement. Saudi Arabia has a unique opportunity to contribute to the reconstruction of Iraq’s major Sunni areas, thereby obtaining stakes in future relations between the country’s Shia polity and the Sunni minority. This dynamic, coupled with the reality that numerous Iraqi officials are seeking to assert Baghdad’s independence from Tehran’s foreign policy and espouse an increasingly nationalistic political discourse in Iraq’s post-IS chapter may ultimately enable Riyadh to achieve some degree of success in terms of limiting Iran’s role in Iraq.

For the first time in 11 years, prominent Shia cleric Muqtada al-Sadr visited Riyadh in July 2017, where he agreed with the Saudi leadership on the goal of peaceful coexistence and cooperation for the achievement of common interests. Saudi Arabia already enjoys cordial ties with prominent Iraqi politician and Vice President Iyad Allawi, who had accused Iran of interfering in Iraq. Saudis are focusing not only on forging political ties with Iraq, but also on strengthening bilateral trade and economic links. Officials in Riyadh realize that a long-term relationship with Iraq can be viable only if it is rooted in an economic partnership. Saudi Arabia’s chargé d’affaires in Baghdad has stressed that his priority was to promote economic engagement between the two states while initiating interaction between business elites on both sides. Within this context, Saudi Arabia finally decided to appoint a full-time ambassador to Iraq.

Riyadh is aware that the prospects for limiting Iranian influence in Iraq will be more realistic once Saudi Arabia plays its political and economic cards in the correct combination and at the right time. This opportune moment appears to be the Iraqi elections of 2018. There has been a convergence of interests on the part of both Iraqi political entities and the kingdom with Mohammed bin Salman at the helm. Riyadh ultimately wants an Iraq ruled by the likes of Abadi, Allawi and Sadr — not Iran-allied players.

Moreover, a major concern for Saudi Arabia is the host of heavily armed Shia militias, some of which operate close to the kingdom’s border with Iraq and are seen in Riyadh as a grave threat to Saudi Arabia’s national security. This threat can be further institutionalized if these actors are able to politically cash in their victories against IS in the upcoming elections. The success of political entities trying to assert more independence from the Islamic Republic may create a new political landscape in Iraq that is far more favorable to Riyadh’s long-term interests. 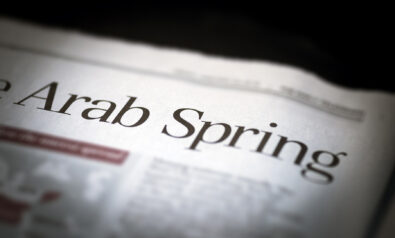 Tunisia and the Gulf 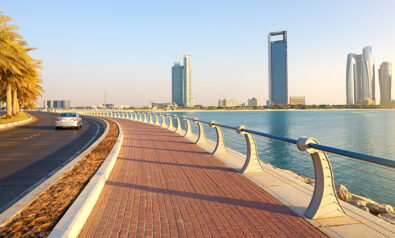