The eventual fall of Mosul will mark a significant victory for the Iraqi government and a major defeat for the Islamic State, though the group’s supporters will continue to launch terrorist attacks.

On January 8, Iraq’s elite counterterrorism troops reached the eastern bank of the Tigris River in Mosul for the first time since the offensive to retake the city from the Islamic State (IS) was launched on October 17, 2016. Iraqi forces have made notable gains against IS in Mosul since the start of this year, and further advances will allow for an eventual assault on the western half of the city, which remains entirely under militant control.

The narrow streets of western Mosul’s Old City will complicate military efforts against entrenched militants there, making the battle for the remaining half of the city tougher than the ongoing fight for the east, which has already killed thousands of militants and Iraqi security forces.

Despite the protracted fighting, the 100,000-strong anti-IS coalition is backed by the US-led coalition, and vastly outnumbers the 6,000 insurgents that were initially estimated to be in Mosul. Although the completion of the offensive to retake Mosul could still be weeks or months away, there is little doubt it will be eventually recaptured.

The loss of the Islamic State’s last remaining major urban stronghold in Iraq will mark a major setback for the group, damaging its state-centric narrative and depriving it of significant resources. However, IS has demonstrated the continued capability to conduct attacks outside Mosul, including major assaults on Kirkuk and Rutba in October 2016, and a wave of attacks blamed on the group that killed more than 20 people in Baghdad on January 8.

Even with the fall of Mosul, IS will retain networks of supporters and areas of influence that it can exploit to launch operations across Iraq. Surviving elements of IS will likely focus on terrorism as a means to undermine the country’s institutions, rather than by seeking to gain control over territory as they have since 2014.

The conditions and grievances that have fueled the Sunni insurgency in the post-Saddam Hussein era remain largely intact, creating the potential for IS to regroup in the wake of its looming defeat in Mosul. The US-backed Sunni Awakening movement had helped to largely militarily defeat the Islamic State’s progenitor, al-Qaeda in Iraq, by 2008. However, the group was able to exploit regional instability and Sunni perceptions of marginalization by Iraq’s Shia-led authorities to gradually rebuild its networks and influence, culminating in its territorial expansion over 2014.

Failure to address widespread feelings of Sunni disenfranchisement, or to resolve issues such as power sharing and governance in Sunni areas like Anbar province, will lay the foundations for future insurgencies led by IS or a successor organization.

High levels of violence and instability are likely to persist even if Iraqi forces defeat IS militarily. In the absence of strong leadership or a political pact that addresses the country’s various social cleavages, the loss of a common enemy will increase competition both among and between Iraq’s various ethnic and sectarian blocs. For example, there is deep anxiety within Iraq’s minority communities over the future role of powerful Shia militias that have been accused of retaliatory violence against Sunni civilians and engaged in repeated clashes with Kurdish armed forces in Tuz Khutumu over 2016. Although groups such as the Badr Organization and Kataib Hezbollah formally report to Iraqi Prime Minister Haider al-Abadi, in reality they answer to Iran and powerful Iraqi figures in the political and clerical establishment.

Failure to address the political and security concerns these armed groups present could lead to the rise of rival Sunni paramilitary units, which could seek backing from Gulf powers as part of the wider Sunni-Shia proxy battle playing out across the Middle East.

Relations between Kurdish authorities in Erbil and Shia leaders in Baghdad could also deteriorate as Erbil refuses to hand over territory, including oil-rich Kirkuk, which it captured as a result of the conflict with IS.

Further Unrest Ahead in Iraq

Division within Iraq’s main Sunni, Shia and Kurdish blocs further damages the country’s long-term prospects. Reports of attempts by controversial ex-premier Nouri al-Maliki to undermine his successor and fellow Shia, Prime Minister Abadi, as well as the inability of Kurdish leaders to agree on presidential succession in their semi-autonomous region, are an indication of the country’s ineffectual and fractured leadership.

Iraqi leaders have also demonstrated an inability to cooperate on the country’s myriad of challenges. For example, a key proposal to form a national guard force that would increase the number of Sunnis in the armed forces has been stalled in parliament for more than a year, preventing progress on reforms necessary to address the main drivers of the country’s sectarianism.

Political jockeying also continues to undermine the effectiveness of the country’s institutions—as evidenced by parliament’s August 2016 ouster of Sunni Defense Minister Khalid al-Obaidi on questionable charges, a decision that has left the post vacant at a critical juncture.

This political dysfunction will only prolong the current instability, setting the stage for continued unrest and violence even after the fall of Mosul. 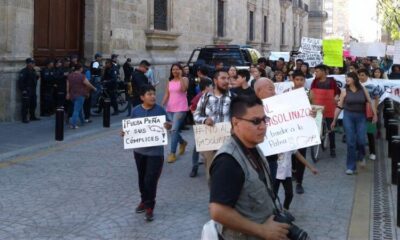 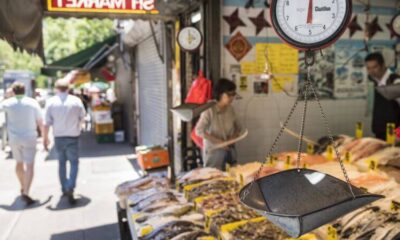 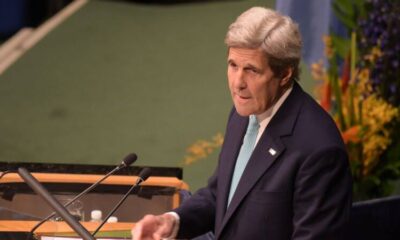