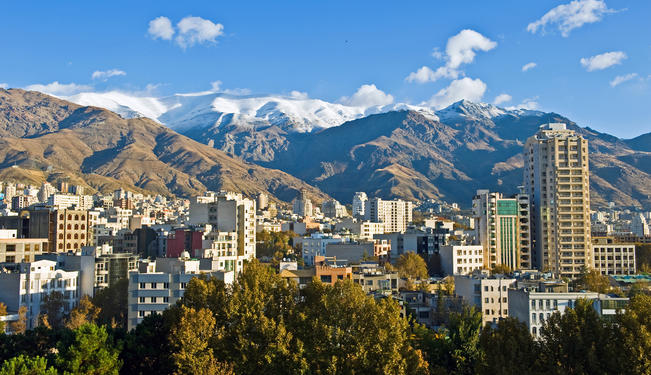 The election of Rouhani as Iran's new president signals a possible change in direction of Tehran’s foreign policy.

The election by a clear majority of cleric Hassan Rouhani as Iran's new president on June 15, 2013, has secured for Supreme Leader Sayed Ali Khamenei the most moderate of candidates. Rouhani’s landslide victory, his endorsement by reformist leaders barred from running, and the high voter turnout, all signalled the depth of discontent and desire for change among the majority of voters. In his inaugural press conference, President-Elect Rouhani promised a path of moderation and offered a conciliatory approach with the West.

Supreme Leader Khamenei’s prime goal in the election was to have a high voter turnout that would lend it legitimacy, while the fervour of the campaign suggested that the slate of candidates was geared towards a conservative and loyalist victory. In urging voters to go to the polls, Khamenei — the ultimate authority in Iran — made clear that turnout was more important to him than which of the six candidates would emerge victorious. In doing so, he sought to avert a repeat of the popular uprising of 2009 that was driven by widespread belief of a fraudulent election.

Ensuring Some Degree of Change

Campaigning was initially dominated by the hardline rhetoric of Saeed Jalili — a devoted Khamenei acolyte and Iran’s nuclear negotiator — whose electoral programme, based on a hard line in nuclear talks with Western powers and vague Islamic solutions to the country’s economic woes, effectively promised to reinforce Iran’s international isolation. A closer look at the slate of candidates suggests, however, that Iranians were in fact offered a choice of varying degrees of change — and the candidate with the greatest promise of reform emerged on top.

In many ways, Jalili’s role in the election campaign may well have been that of a scarecrow: the man whose proposed policies would be frightening enough to persuade voters who may otherwise have boycotted the election to go to the polls, just to prevent him from winning.

Ali Akbar Velayati, former foreign minister and Khamenei foreign policy adviser, held out the prospect of a president with significant international exposure who chided Jalili for defining diplomacy as being tough and stubborn, rather than as a process of give-and-take. Velayati effectively blamed Jalili for the hardening of sanctions designed to persuade Iran to compromise on its nuclear programme. He also suggested that he would roll back to some degree the role of the Revolutionary Guards in public life by calling for an end to political interference in sports.

Similarly, Tehran Mayor Mohammad Bagher Qalibaf, a former Revolutionary Guard air force commander who emerged a far second in the election, is widely believed by militant conservatives to be a closet technocrat. Qalibaf campaigned on the platform of respect for those imprisoned for their political beliefs. As a mayor, he reformed public service and introduced budget transparency despite being an outspoken critic of the reform movement and social liberalisation.

In short, Khamenei may well have engineered this election to ensure that Iran’s next president, and the Islamic Republic’s face to the outside world, would embody some degree of change away from the provocative foreign policy and devastating economic populism of outgoing President Mahmoud Ahmadinejad, with whom the supreme leader was increasingly at odds.

The challenge now for Rouhani, a former nuclear negotiator and national security adviser, is to demonstrate amid high public expectations that he will be able to bring about change. Reducing economic hardship that has sent inflation and unemployment spiralling entails negotiating a deal with Western powers that ensures Iran’s right to enrich uranium, while assuring the international community that its intentions are exclusively non-military. It also means reversing Ahmadinejad’s policy of handing out cash to the poor and ignoring budgetary guidelines.

Further, it suggests a loosening of security that, in Ahmadinejad’s last year in office, had become omnipresent with a sharp increase in the numbers of journalists imprisoned and a crackdown on access to the Internet. The country will be watching to see if Rouhani will be allowed to loosen the tight grip on society and release political prisoners.

High expectations on Rouhani’s first year in office could well be compounded by the combustible combination of widespread discontent and soccer fervour if Iran qualifies for the 2014 World Cup this week (June 18), when it plays a decisive match against South Korea. Celebrations of a 1997 World Cup qualifier sparked protests barely a month after reformist Mohammad Khatami took office as president. Fans chanted twice within a matter of months “Death to the Mullahs”, while thousands of women stormed Tehran’s Azadi stadium.

A soccer defeat four years later prompted protests against a backdrop of disappointment with Khatami’s failure to achieve change. Khatami’s younger brother, the then deputy speaker of parliament, warned at the time that the protests reflected popular frustration with unemployment and low standards of living and a rejection of the regime’s “excessive interference in people’s private lives”.

Rouhani’s victory offers Khamenei and the regime’s middle-aged revolutionaries, as well as Iran’s Western detractors, an opportunity to achieve their goals. Rouhani is certain to project a very different image to the outside world from that of Ahmadinejad.

To reach his goals of achieving a resolution to the nuclear issue that will lift punishing sanctions, turning Iran’s crippled economy around and reducing intrusive repression, Rouhani needs not only Khamenei’s endorsement but also Western interlocutors who can convince Iranians that their goal is a mutually acceptable deal, rather than regime change.

It’s a win-win situation for all but it will take wise leadership willing to grab the bull by the horns.