With his latest film nominated for an Academy Award, Asghar Farhadi could write his name into cinema history.

For many Iranians, The Salesman is important and relevant. More relevant than the movie, however, is the producer who has brought back glory days to Iranian cinema after a long period of hibernation. Asghar Farhadi is the first Iranian director to win an Academy Award. When he won the prize in 2012 for Best Foreign Language Film, surpassing his Polish rival Agnieszka Holland, he became the first filmmaker from the Middle East to receive an Oscar. But this wasn’t an award that would make all Iranians happy.

There were Iranians to whom the prize didn’t make any difference and others who believed it was even a disgrace. The reasons are understandable, of course, considering Iran’s domestic politics. This apathy came from two camps: Iranians calling themselves Persian while feeling indifferent about the Persian Gulf being referred to with historically inaccurate names, and Iranians calling themselves faithful, practicing Muslims while sharing the same feelings toward the Persian Gulf’s naming controversy.

Despite both groups snubbing him and being ignored by international media, Farhadi’s name will be remembered fondly. He is an artist who is valued by true lovers of the arts. He will be remembered not as an Iranian, Middle Eastern or non-Anglophone filmmaker. He will be in the shared memory of fans as a director who injected life in the veins of a film industry that was straying into tabloid-style journalism: sensational, exaggerated and watery plots to generate cash at the box office.

By the time Farhadi had stepped into the limelight, fellow filmmaker Abbas Kiarostami had aged and was suffering—he finally submitted to both and passed away in July 2016. Mohsen Makhmalbaf had left Iran and started a political activism career as a dissident while also producing movies. However, his latest products couldn’t carry a “made in Iran” accolade and be nominated for events like the Academy Awards if they were to represent the country. Bahram Beyzai, as one of the most critically acclaimed Iranian film directors and playwrights, released his latest movie, When We Are All Sleeping, in 2009 and mostly engaged in theater after spending some time in the United States.

Other major directors, including Rakhshan Bani Etemad, didn’t make outstanding achievements to bring global attention to Iranian cinema. And serious players such as Tahmineh Milani also joined the tabloid stream when they realized they were plummeting in popularity, lest they lose box office profits.

Farhadi has inherited the treasures of a new generation of Iranian moviemakers who tried to depict humanity through frames. Now he is winning the box office, international awards and the hearts of Iranians.

The Salesman, along with films from Denmark, Sweden, Australia and Germany, is nominated for Best Foreign Language Film at the 89th Academy Awards. If The Salesman and Farhadi win on February 26, their victory would rattle the film industry and, probably, global politics. The Oscar nomination comes at a time when US President Donald Trump has banned people of certain nationalities from entering America, including Iranians. The latest development in the immigration frenzy was the temporary suspension of his blanket ban, after a ruling by US District Judge James Robart. Nonetheless, Farhadi has made it clear that he will not attend the Oscars, in protest against Trump’s violation of constitutional values and human dignity.

Politics aside, The Salesman, at least for cinema critics, has been worthy of attention. It started plowing the global titles in 2016 by winning the Cannes Film Festival’s Best Screenplay for Farhadi and Best Actor Award for Shahab Hosseini. After winning the Best Film title at the Valladolid International Film Festival in 2016, the movie was unsuccessful in its nomination for the 2017 Golden Globe Awards in the Best Foreign Language Film category, losing the contest to Paul Verhoeven of France. Farhadi, however, had won the same award in 2011 with A Separation, surpassing In the Land of Blood and Honey by Hollywood actress Angelina Jolie.

Many of those who have watched The Salesman do not praise the movie for its artistic, cinematic values. So, it’s a good idea to consider the reasons why this artistically value-less production should be nominated for the Oscars. Even those Iranian skeptics who link every occurrence on the planet to what supposedly happens behind the scenes might find it useful to ask why hundreds of melodramatic films produced in Tehran, Shiraz, Tabriz and Rasht have never made it to any nomination.

ON THE PATH OF SEPARATION

A Separation, which is the shortened form of the title, The Separation of Nader and Simin, is a 2011 drama that brought Farhadi to global prominence, even though many critics consider About Elly as the turning point in his career. The 2009 psychological drama earned Farhadi the Silver Bear for Best Director at the 59th Berlin International Film Festival. And with the introduction of A Separation and its groundbreaking success in 2012 at the Academy Awards, Farhadi made his name heard. He convinced film critics, media outlets and the industry that he was looking for his own signature, even if that signature was not typically oriental or Iranian.

Farhadi has never played the devil’s advocate on Iranian politics and has never functioned as an iconoclast over the social life of Iranians. This is why despite being frequently attacked by critics, no one who can expel him from the arts in Iran. The filmmaker has never produced or stated something that can be seen as unpatriotic. And what frustrates Farhadi’s ideological opponents is that despite the difficulties they produce for him, he is not irritated enough to betray his people and country.

A Separation is the story of a middle-class Iranian family that goes through a divorce and then a bout of misery thereafter. The Telegraph’s Sukhdev Sandhu describes the movie as a “sophisticated, superbly acted and wholly gripping portrait of modern Iran.”

Jonathan Romney’s July 2011 review of Farhadi’s film sums up many untold things about Iranian cinema, people and how the world sees the country: “A Separation offers a revealing picture of a society that most of us think of as radically different from our own — and yet, it becomes clear from the film that Iran is remarkably familiar when it comes down to certain painful universals. In Iran too, couples choose to split up; in Iran too, people suffer from Alzheimer’s; in Iran too, there’s class conflict arising from the gulf between privilege and deprivation.”

If what happened to A Separation also happens to The Salesman at the Academy Awards this month, Asghar Farhadi will go down an exceptional figure in the Middle Eastern film industry—someone who will not be easily replaced. 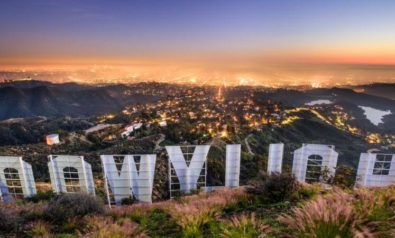 Hollywood Does it Again