Theresa May’s decision to keep Britain in the European Arrest Warrant mechanism is a win-win for courts in Europe and UK alike.

In a long-awaited paper, the United Kingdom has finally articulated its strategy for future security cooperation with post-Brexit Europe. The new Future Partnership Paper calls for a comprehensive framework for cooperation between the various European law enforcement agencies and the UK in order to tackle common threats such as terrorism. While Prime Minister Theresa May originally sought freedom from the European Court of Justice (ECJ) over British law by abandoning membership of a major European law enforcement instrument, the European Arrest Warrant (EAW), she now seems to have realized that it is impossible to escape the court’s influence without fundamentally damaging the UK’s safety.

Hardline Tories will no doubt rail against the shift, but May has made the right call: Cross-border threats necessitate cross-border cooperation. This is not a time to be walking away from ambitious models of alignment, lest we dare dangle our toes over the cliff’s edge.

In fact, government officials have long been insistent that remaining a part of the EAW is crucial to the success of law enforcement and justice in the UK and Europe. Home Secretary Amber Rudd earlier this year described the mechanism as “absolutely essential” for ensuring justice, whereby suspects are arrested and speedily transferred across EU member states in order to be brought to trial. Since the EAW came into effect in 2004, over 8,000 criminals have been sent from the UK to other European Union countries. In 2014, May herself asserted against rebel Conservative Party members that abandoning the framework would make the UK a “honeypot” for criminals seeking to evade European rule of law.

The ever so fervent EAW critics, however, do not tire of pointing out the mechanism’s flaws by singling out specific cases to support their war cry. They often point to the case of Romanian businessman Alexander Adamescu as proof of how the mechanism’s supposed overreach is undermining Britain’s body of law. The Romanian Anti-Corruption Agency (DNA) issued an EAW for Adamescu for his role in bribing Romanian judges in order to escape fraud charges. Adamescu fled to London in the aftermath, where his UK lawyers have built a noisy defense, insisting on his innocence by portraying him as a playwright in exile, while leaving out the facts surrounding his almost $1-billion fortune.

Even so, many have pointed out that without the EAW, the UK will become the new “Costa del Crime;” total and undiscerning judicial independence will only serve to make Britain a favorite safe haven for Europe’s corrupt, with the Adamescu case a forerunner of this potential trend. Whitehall’s new partnership paper reflects this concern. It suggests that a new law enforcement treaty with the EU should be built on “what has already been achieved through decades of collaboration, integrated working, and joint systems and procedures.” This formulation may have been an attempt to obscure the intent to retain the EAW amid protest from anti-EAW Brexiters, after May had already reneged on her promise to remove the UK from the ECJ’s jurisdiction in August. Half a year after May sought to reassure Brexiters in her Lancaster House speech by declaring that she would “take back control of our laws,” May was now forced to admit that EU law will continue to influence the UK even after March 2019.

In reality, Britain never had a realistic choice when it comes to retaining or abandoning the EAW. No matter how much some members of the Conservative Party may rail against the EAW or the ECJ, the alternative would be a patchwork of cooperation agreements akin to what the EU has established with third-party countries — an arrangement altogether insufficient in the face of shared security threats.

Though there have been proposals to negotiate a replacement to the EAW, these pitches are little more than pipe dreams. Their proponents are adamant that many of the standards placed on signatories of the EAW are already met through standards in Britain’s national law, and therefore do not require much negotiating. However, as a report conducted by the House of Lords Select Committee warned, any operational gap between the EAW ceasing to apply after Brexit and a replacement to become operational would pose unacceptable risks. Looking at Britain’s dismal track record in negotiating successfully with Brussels, London is more likely to face a serious judicial cliff edge rather than a functional extradition treaty come Brexit day.

The security implications would be immense. The 2005 London bomber, Hussain Osman, was extradited to the UK under the EAW mechanism, a move that would become nearly impossible if May were to abide by a select few Tories. Time and time again, the EAW has ensured justice for UK victims for crimes perpetrated against them abroad: Thomas Kearney, extradited from Ireland after stabbing a London man 54 times in 2012; Stephen Burnell, returned to a British prison from Crete on charges of sexual offences against a 9-year-old girl; Gilles Poelvoorde from Belgium, after hacking £229 million ($307 million) from a London bank.

At the same time, leaving the EAW would make it difficult to expel wanted foreign criminals from the country. Metropolitan Police statistics show that 45 alleged killers and 35 men wanted for rape were among 1,423 suspects detained in London since April 2009 before being sent to European countries. Drug traffickers and suspected terrorists are also facing prosecution abroad thanks to the fast-track system.

Far from being a decider of guilt, the EAW is ambitious in its streamlining of law enforcement processes between EU countries. Cries of judicial independence are a grotesquely insufficient defence given the reality of its effectiveness, and May has done the UK a favor when she compromised under EU pressure this week to ensure a win-win for European and British courts alike. Only criminals with deep pockets would profit from the type of hard-Brexit dystopia that backbench Tories would have embraced. Without intentional cooperation with our neighbours on the continent, post-Brexit Britain will surely flounder. 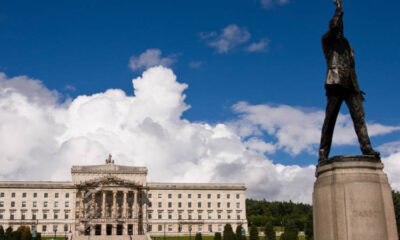 Will Northern Ireland Pay a Heavy Price for Brexit? 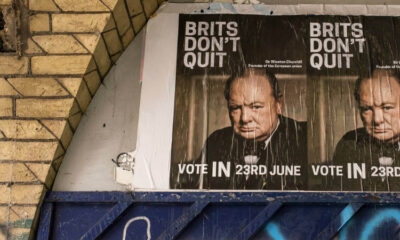 Will History Repeat Itself for the Conservatives?