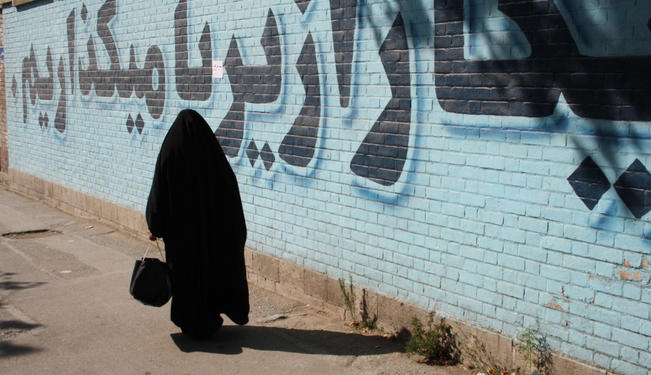 Iran has reached a turning point in its history. The vote for Rouhani was a vote for moderation.

As was expected, the Iranian people created a new epic event through their massive turnout at Friday's presidential election. Although most analysts speculated before the election that, as a result of inconclusive votes won by candidates, there would be a runoff, the final result clearly proved that Hassan Rouhani had won an absolute majority — meaning the presidential poll reached the finish line at the first round. I had already mentioned a number of important points about the Iranian presidential election in my previous article. Here are a few more notes on this issue:

Although some analysts are trying to argue that the vote for Rouhani was, in fact, a negative vote for the Islamic establishment’s policies, it was, in reality, a vote for moderation and foresight. These two concepts were major components of Rouhani’s election campaign as well.

The high number of votes garnered by Rouhani was a result of the collective effect of a number of variables as follows:

Rouhani never crossed any of the Islamic establishment’s red lines throughout his election campaign, and in none of his public speeches, in order to win more votes. He clearly proved that, although he was dissatisfied with some existing policies and procedures, he would do his best to calm his audience down when part of that audience shouted slogans about the events which followed the previous presidential election in 2009.

In the meantime, the logic Rouhani used to defend the nuclear policies, which he pursued when heading Iran’s nuclear negotiating team, was totally documented. Even after winning the poll, he urged his supporters not to pour into the streets to celebrate his victory without obtaining necessary permits from legal authorities. This has been a very important effort to draw the attention of the leader of the Islamic Revolution who, throughout the past months, had put regular emphasis on the need for candidates to abide by the law.

By the way, let us not forget that Rouhani is actually one of the two people who represent the leader at the Supreme National Security Council, which is the highest ranking Iranian institution in charge of making decisions on matters of national security. Saeed Jalili, the current secretary of the council, is the other representative of the leader.

It would be a grave mistake to believe in a sharp dichotomy in the Iranian society, by dividing that society into two distinct parts calling one part the conservative camp with the leader, the Islamic Revolution Guards Corps, the security institutions, the Guardian Council, and similar bodies in it, and considering the other part the reformist camp, consisting of all the reform-minded groups, including all the opposition groups and all the people who have voted for Rouhani. Such a mindset would only lead to the repetition of the same mistake which western media has persistently made when analyzing the Iranian society during the past years.

In my opinion, neither the Iranian society, nor any other society in the world could be considered to be so distinctively divided in such a black-and-white manner. The ideas of Rouhani, Qalibaf, Rezaei, Jalili, Velayati, and even Gharazi – who has apparently won the smallest share of the votes – have their own special influence and supporters in each and every layer of Iranian society, as well as the government structure.

As before, some analysts believed that the votes cast by people in villages and small towns would be directed toward such candidates as Jalili (due to his special views and approaches), or Qalibaf (because of his vast and organized campaign). However, during the early hours after the vote counting began – when the vote count for villages and small towns becomes known first – the votes won by Rouhani rose at an unprecedented pace.

A Turning Point in Iran’s History

At present, Iran has reached a turning point in its history. The next government, backed by a high number of votes and categorical support of the people, will do its best to solve the domestic problems and test its viewpoints and approaches in the area of foreign policy.

I hope that the neighboring countries, Europe, and the United States would be able to correctly understand the message of this election. As for the United States, it seems that the US Congress has apparently ratcheted up sanctions against Iran, without attention to their impact on the attitude of the Iranian public opinion toward the US, a regular item of its weekly agenda. I hope they will understand the message of the recent election better than others.

*[This article was originally published by the Iran Review.]