Over history, Muslim clerics have shared common interests with Western intelligence agencies. The 1953 coup in Iran is a key example.

In June, the US Department of State declassified documents about the 1953 coup d’état that led to the collapse of Iranian Prime Minister Mohammad Mossadegh’s government. It was revealed that Ayatollah Abol-Ghasem Kashani, a cleric and leading political figure in Iran, cooperated with the Central Intelligence Agency during the coup.

This isn’t something new. Kashani was pleased with the outcome of the coup and even congratulated General Fazlollah Zahedi, a key conspirator who took over after Mossadegh, and said he was happy that the new government had decided to defend Iran’s dignity and reputation.

Just a few weeks after the coup, in an interview with the Egyptian newspaper Akhbar al-Youm (editor’s note: the original article in Arabic is unavailable — this is a Farsi translation), Kashani said the biggest mistake of Mossadegh’s government was violating the constitution and disobeying the orders of the shah, Mohammad Reza Pahlavi. He added: “Mossadegh’s great mistake was making efforts to establishing republicanism. He forced shah to leave the country, but shah returned a few days later with dignity and popularity. People love shah.”

Between 1952 and 1953, the CIA had a close relationship with Kashani and a number of religious leaders in Iran. He requested financial assistance from the US and advocated for the abandonment of Mosaddegh and the support of Pahlavi. These clerics were motivated to establish a more fundamentalist path and abandon the prime minister.

With the help of their broad network, including their spies in the Iranian secret service and the Anglo-Persian Oil Company, the Brits guided these activities. Although MI6, the British intelligence service, was active in covert operations against Mossadegh long before the Americans came to tag along, the main collaboration of the US was with Kashani. Ann Lambton, a professor at what is now known as the School of Oriental and African Studies in London, had an underlying role in the collapse of Mossadegh’s government. In a report at the time, she wrote that Kashani had received a large amount of cash — probably from the CIA — and she advised the British government not to negotiate with the prime minister.

Meanwhile, Kashani and other religious conservatives took advantage of the shah’s approach. Pahlavi was very cautious in dealing with the traditional middle class. He and his wife frequently visited Mecca, Karbala, Qom and Mashhad for pilgrimage. Prominent religious leaders, especially Ayatollah Seyyed Hossein Boroujerdi and Ayatollah Muhammad Baqir Behbahani, also had easy access to the shah. In his book, Iran Between Two Revolutions, Ervand Abrahamian mentions that Kashani and his partner, Shams Ghanatabadi, spent time in jail in 1955. They were freed when they officially announced their separation from Iam Fadaian Islam, an extremist Islamist organization that assassinated intellectuals and political officials, and accepted not to protest the execution of those who killed Ali Razmara, the former prime minister.

The government was committed to reinforcing and supporting religion in Iran, and it called the communist Tudeh Party the enemy of private property and Islam. In 1954, the Tehran military governor persuaded a Muslim religious group to loot the main Baha’i center in the Iranian capital. The merchants also preserved their relative independence to a great extent. The shah’s propaganda system repeated that the Tudeh Party propagated atheism; supported Armenians, Jews, and Caucasian immigrants; and was the ultimate enemy of the monarchy, private property, Iran and Islam.

Pahlavi’s compromising policy against the traditional middle class, merchants and clergymen was corrupted by his land reform strategy between 1959 and 1962. However, whether or not land reform was supported by the Kennedy administration or if the US backed the coup against Mosaddegh, they all had the same objective: to establish a protective barrier against a communist revolution in Iran at the height of the Cold War.

THE US AND AYATOLLAH KHOMEINI

The interesting point is that before the coup, Ayatollah Ruhollah Khomeini, who later became the supreme leader after the 1979 revolution, had no major political activity due to many reasons — one of which was fear of the spread of communism in Iran. Another reason was the humiliating behavior of nationalists, especially Mosaddegh, against clergymen. After the land reform policy, shah gave more rights to women, namely to vote and have political and social participation, which provoked the anger of clerics, including Khomeini.

Despite the development of modern industries, the traditional middle class in Iran still preserved its power to a great extent, and the market still had half of its non-factory production, two-thirds of its business and three-quarters of the major trade industries in the country. The market guilds were still stable and independent. The clerics also ruled decentralized large bodies, including 5,600 urban mosques, many religious areas, and six great seminaries in Qom, Mashhad, Tabriz, Isfahan, Shiraz, and Yazd. The economic boom in Iran of the 1960s was in the interest of these religious foundations, as the merchants provided the cost of religious centers at the time. In the mid-1970s, the religious foundations were so powerful that they regularly sent preachers to urban slums and remote villages for the first time in the history of Iran.

The collaboration and cooperation of Iranian Islamists with Britain and the US and speculation about this has continued to the present day. In 2016, BBC Persian reported that in a declassified CIA document, it was mentioned that Ayatollah Khomeini said to the US administration that not only was he not opposed to American interests in Iran, but also that he believed an American presence in Iran was necessary to create a counterbalance against the Soviet Union and possibly British influence. According to this document, the message was delivered to the American Embassy in Tehran about 10 days before the Soviet leader, Leonid Brezhnev, visited Iran.

As per BBC Persian, before the revolution Khomeini sent a message from France to Washington in January 1979. He promised that the Islamic Republic of Iran would not cut oil resources to the West and would have a friendly relationship with America. He said: “You will see that we have no animosity with the Americans. You will see that the Islamic Republic of Iran, which is based on Islamic philosophy and rules, is nothing but a philanthropist government that helps establishing peace and tranquility of all humanity.”

Throughout the Cold War, the fear of communism spreading in Iran and the Middle East was the main driving factor of US and UK security agencies in their support of right-wing, religious and non-religious movements in the region. At certain points in time, Muslim clerics also shared common interests with them. The 1953 coup in Iran is a key example. 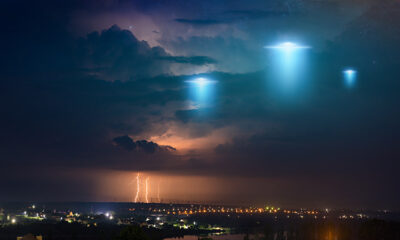 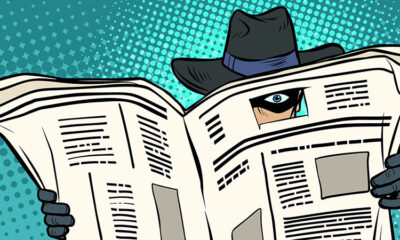 Who Doesn’t Love the Sacred Freedom to Spy? 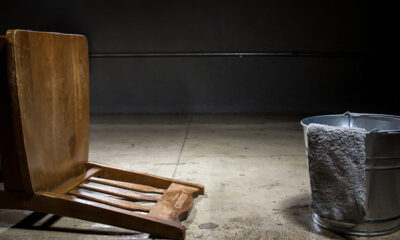