Mohsen Fakhrizadeh, shot to death by a remote-controlled weapon on November 27 in Iran’s capital Tehran, was the fifth nuclear scientist Israel’s intelligence agency, the Mossad, has assassinated over the past 13 years. He joins a list of dozens killed by Israeli special forces over the last five decades in the occupied territories and abroad. For many years, most of the targets were Palestinian activists or “terrorists,” but also included others deemed “enemies.” Now, the Mossad is focused on killing the leaders of the Iranian nuclear industry.

As a general rule, the Mossad clears its lines with Washington before conducting such operations to avoid accidentally assassinating CIA penetration agents. Israel would of course have considered the imminent departure of President Donald Trump in the timing of the killing of Fakhrizadeh. The Mossad could guarantee that Trump would not veto the operation, so there was a strong incentive to do it before January 20, when Joe Biden’s inauguration takes place. Biden is going to attempt the complicated task of trying to revive the Iran nuclear deal and would have prevented the operation from going ahead to avoid even more difficulty with Tehran.

However, the chance to kill Fakhrizadeh was undoubtedly fleeting, the result of a chain of coincidences — just as the opportunity for the US to assassinate General Qassem Soleimani back in January suddenly materialized. For this reason, still having Trump in the White House was fortuitous.

Israel conducts its extra-territorial executions with total impunity. No retaliatory action, such as the expulsion of Mossad officers for example, ever follows. One notorious Mossad operation was the 1990 killing of Gerald Bull, the Canadian scientist who was shot in his apartment in Belgium. Bull had been engaged, at a price of $25 million, by Saddam Hussein to help build the Big Babylon “supergun” Baghdad had hoped would be capable of firing satellites into orbit or “blinding” spy satellites, as well as having the potential to fire projectiles from Iraq into Israel. After the assassination, Belgium took no action.

Only Vladimir Putin’s Russia comes close to Israel — and only then a very distant second — in terms of the number of political assassinations it conducts. By contrast, Russia is heavily sanctioned for its actions.

The leading scientists and engineers working in the Iranian nuclear industry or ballistic missile program will all be on the Mossad’s death list. Also on the list will be the leaders of the Islamic Revolutionary Guard Corps, the Iranian intelligence services and the leaders of Iranian military operations in Iraq and Syria. The Mossad launches highly complex and detailed operations to identify such individuals and to track every detail of their personal lives — where they live and work, what their interests are, which restaurants they like, where they go hiking, who their friends are — anything that might provide an opportunity for a strike.

The Mossad uses human sources, communications intercepts and social engineering on social media to gather this information. Anyone on its list foolish enough to have a GPS tracker in their phone should not be surprised if a drone appears and fires at them.

Iran knows that Israel is not going to stop its murderous campaign. Tehran may anticipate that the Biden administration will at least try to slow down this strategy of targeted attacks while he tries some sort of rapprochement with the Iranian regime. But Iranians are chess players, and have been for thousands of years; they think strategically and several moves ahead. Iran’s rulers will not jeopardize their strategic goals for the short-term satisfaction of a revenge attack. That can wait.

First Iran wants to consolidate its positions in Syria, Iraq and Yemen and remove some, if not all, of the US sanctions. Iran also wants to hurry the remaining US forces in Iraq out of the country. There is also a larger strategic dimension. Iran and the Gulf are well aware the US is in retreat from the region. Moreover, the Gulf monarchies are bleeding money as a result of profligate spending and what appears to be a permanent downward shift in the demand and price for oil. They can no longer afford the monstrously wasteful spending on US arms nor rely on the US defense shield that goes with it.

The alternative is an accommodation with Iran, perhaps even a security dialogue. That is the carrot. The stick that Iran also wields is that if the Gulf chooses to continue or escalate confrontation, then Iran can wipe out their oil processing refineries and loading terminals — and the vital desalination plants — in an afternoon. The devastating but deliberately restricted missile attack on the Abqaiq oil processing facility in September 2019 was a clear signal of what might be expected if Iran is cornered. This realization following the Abqaiq attack prompted the immediate opening of backchannel communications between UAE, Saudi Arabia and Iran.

Those lines will surely be humming with excuses and special pleading in the aftermath of the Fakhrizadeh assassination. This moment could be the high-water mark of the failed US campaign of “maximum pressure” and the Trump administration’s disastrous Middle Eastern policy. 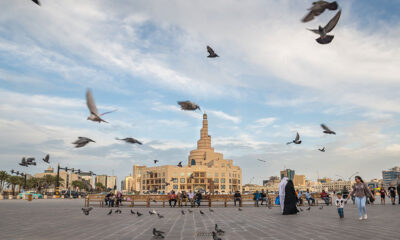 Qatar Is Set for Its First National Elections 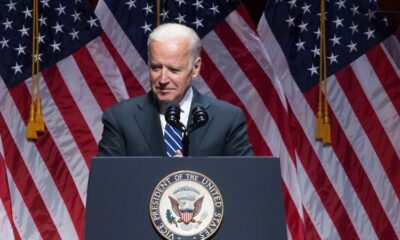