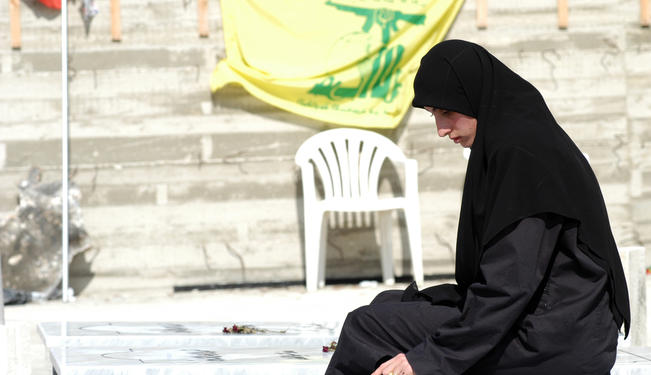 Hezbollah's greatest success of the Syrian conflict, may be its evolving narrative of resistance.

Hezbollah's military intervention in the Syrian Civil War will have a significant impact upon both the current conflict in Syria and on the movement's future involvement in conflicts of the greater Middle East. Sayyid Hassan Nasrallah, the secretary-general of Hezbollah, has clearly articulated the movement's rationale for its involvement in the civil war. In response to criticism from the Syrian opposition and its sympathizers, including pro-opposition Lebanese, Nasrallah reiterated that Hezbollah's involvement in the Syrian conflict on the side of the Bashar al-Assad government is a defensive action against militant Salafists in league with the West and Israel. Emphasizing Hezbollah's defensive jihad against radical Sunni fighters, Nasrallah addressed his movement's critics by asserting that Syrian Salafist opposition fighters would turn their weapons on Lebanon if they succeeded in defeating the al-Assad government, and that it would not allow Syria to be defeated by "American, Israeli, or takfiri [militant Salafist] groups."

Hezbollah’s deputy secretary-general, Sheikh Naim Qassem, reaffirmed that Hezbollah’s participation in the Syrian conflict was part of its obligation to resistance against Israel and stated that it was a “severe blow to the American-Israeli-Takfiri scheme." Further summarizing the existential nature of the conflict that Hezbollah viewed itself engaging in Syria, Qassem warned the armed Syrian opposition that: “The region’s people have set their minds on recovering their lands and their rights.” Thus, emboldened by a narrative of resistance, emphasizing that it is assisting the Syrian military to overcome a militant Salafist (i.e. Gulf Sunni Arab)-Western-Israeli conspiracy, Hezbollah’s involvement in the Syrian conflict is placed within the context of a defensive war waged not only as a great humanitarian struggle to protect Syrians from mass murder and deprivation, but also to defend the Lebanese people.

Further, in spite of its casualties, the continued involvement of Hezbollah in the Syrian conflict is providing the movement’s military branch with invaluable experience in clear-and-hold, urban warfare, and counter-insurgency combat; techniques that may be useful in future communal wars in rural and urban Lebanese areas, or in a hypothetical Hezbollah invasion of the Galilee region in northern Israel. Nasrallah stated in a February 16, 2011 speech that Hezbollah fighters would one day be prepared to “liberate” the Galilee. Hezbollah affiliated media has produced an interactive graphic presentation on the basic approach of a Hezbollah invasion of the Galilee.

Perhaps referring to the widely stated belief that Hezbollah was bleeding its manpower in Syria instead of confronting Israel, an important Hezbollah official, Sheikh Nabil Qaouq, stated that “all options were on the table” and that “tens of thousands of fighters in the south” were ready to create the “Galilee equation that Sayyid Hassan Nasrallah had promised.”

Although its Lebanese, Arab, and international opponents may not be convinced by the movement’s newly updated “resistance logic,” the perceived existential threat of militant Salafist fighters in Syria, with many comrades-in-arms in Lebanon, is a worrisome trend for many non-Sunni Lebanese and Syrians. In an unstable environment of communal conflict and hardening sectarian tensions, this narrative of resistance to the near enemy of militant Salafism propped up by the far enemy of Western, Gulf Arab, and Israeli connivance, may provide Hezbollah and its ally, the al-Assad government, with a successful counter to the Syrian armed opposition and its local and foreign proponents’ narrative of resistance to the Ba'athist regime and its allies. The evolution of Hezbollah’s narrative of resistance may be its greatest success resulting from its participation in the Syrian Civil War.