In the Turkish elections, President Erdogan passed another critical threshold on his political journey.

When the results of June’s parliamentary elections necessitated a coalition to form a government in Turkey, most analysts accurately predicted that this wouldn’t happen and that President Recep Tayyip Erdogan would eventually step in and call for an early election.

In fact, officials from the Justice and Development Party (AKP) negotiated terms with the other three parties to form a coalition. However, the talks bore no fruit due to several factors, particularly the status of President Erdogan. While the other parties wanted him to be a more neutral and less outspoken president, the AKP, under Erdogan’s powerful influence, firmly resisted those demands.

The remaining parties, on the other hand, acquired enough seats in parliament to form a three-party coalition. Yet it was politically impossible to bring together the leaders of the Nationalist Movement Party (MHP) and the pro-Kurdish Peoples’ Democratic Party (HDP) even for a handshake, let alone forming a cabinet.

Under these circumstances, coupled with a dramatic rise in terrorist attacks committed by the Islamic State and the Kurdistan Workers’ Party (PKK), the AKP endorsed a nationalist rhetoric in its November election campaign. The AKP also enriched its election promises, mainly inspired by the Republican People’s Party (CHP).

The November 1 election results indicate the success of this strategy for the AKP, as it obtained nearly 49% of the total votes, allowing it to form a fourth consecutive one-party government.

Although Erdogan officially disassociated himself from the AKP in 2014 when he was elected president, the parliamentary results are a huge victory for the former prime minister.

Thanks to the AKP’s support among the electorate, Ahmet Davutoglu has managed to remain as the prime minister and the chairman of the party. Aware of his narrow influence upon the party cadres as well as state bureaucracy, Davutoglu has chosen to stress his loyalty to Erdogan rather than portraying himself as an assertive political figure. It is expected the new cabinet will consist of ardently pro-Erdogan figures, and therefore, Davutoglu’s influence will be limited.

The ultra-nationalist MHP was the biggest loser of the election, following a shocking decrease of votes from 16% to 12% in under five months. Devlet Bahceli’s uncompromising attitude toward all possible coalition scenarios has resulted in a substantial loss of votes that has benefited the AKP. But the MHP leader appears to be reluctant to resign despite this devastation.

The pro-Kurdish HDP lost around 2.5%, resulting in only 10.5% in the latest poll. It is widely believed the loss was caused by the HDP’s hesitancy to disengage itself from the PKK, which returned to violence following the June election. The question is whether the HDP’s leader, Selahattin Demirtas, will adopt a socialist rhetoric embracing the whole country or rather opt for merely advocating Kurdish demands.

The social-democratic CHP has slightly increased their votes from 25% to 25.3% following a well-prepared election campaign. Yet while they once again came in as the runner up, the results also reveal the limits of the center-left and secular party’s sentiments in Turkey, as the CHP have repeatedly failed to achieve over 30% of support among the electorate. The party chairman, Kemal Kilicdaroglu, has also been grappling with the disadvantages of his Kurdish and Alevi identity as a politician in Turkey.

The elimination of the political opposition will probably embolden Erdogan and the AKP to further redesign Turkish social life. The ongoing discrepancy and polarization between pro-AKP voices and various media outlets will likely grow, urging the latter to think twice before publishing a critique of the president.

The symbiotic relations between certain business groups and the AKP will probably fortify, while also engendering discontent among the remaining business entities. But the unwavering fiscal discipline of the AKP’s economic administration will likely remain intact, satisfying international finance institutions and investors. Ali Babacan, the architect of the party’s budget policies, will retain his ministerial chair after a five-month absence.

The AKP’s election promises during the campaign are expected to please sections of society to some extent. These include a 30% increase in minimum wages and an additional salary payment to retirees annually.

Yet these fine-tuning adjustments do not address the fundamental problems facing Turkey such as the uneven distribution of wealth, low quality education, perilous workplace conditions and baffling gender issues. Despite these difficulties, Erdogan’s personal charisma, along with his vibrant Islamic and nationalist rhetoric, will keep the larger portions of Turkish society within his orbit.

The biggest challenge awaiting Erdogan is the Kurdish issue and the Islamic State.

When peace negotiations with the PKK and its imprisoned leader, Abdullah Ocalan, halted in March, clashes with the Kurdish group restarted and led to 167 casualties (military and police). Receiving widespread public support from Kurdish-populated areas, the PKK will likely enhance its grip unless the Erdogan administration reopens the dialog channels.

Furthermore, the Democratic Union Party (PYD), the PKK’s branch in Syria, has been receiving military assistance from the United States as part of its fight against the Islamic State. Seeing no difference between the PKK and the PYD, Turkey is highly concerned with the PYD-US partnership and perceives it as a direct security threat. This poses major risks to further damage Turkey-US relations, which have been shaken over the last few years.

The Islamic State, on the other hand, killed 133 Turkish citizens by suicide bombings in Suruc and Ankara in July and October, respectively. As these heinous attacks demonstrate, the Turkish government suffers from tremendous security and intelligence deficiencies. If not carefully addressed by the Erdogan administration, the Islamic State is likely to undermine Turkey’s security and unity.

Finally, nearly 2 million Syrian refugees in Turkey will continue to be one of the most challenging issues in the post-election period. Europe’s reluctance to share Turkey’s heavy burden has led to direct repercussions on social and economic terms. Furthermore, Russia’s recent military deployment in Syria and its direct support for the Assad regime exacerbates the situation for Erdogan, who has played all his cards so far in overthrowing Syrian President Bashar al-Assad.

As the biggest winner of the November elections, the Turkish president doesn’t have the time or appetite to enjoy the victory. With all these internal and external headaches, there will be no honeymoon period for Erdogan and the AKP. 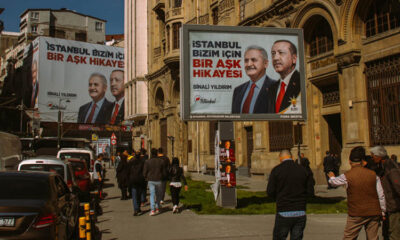 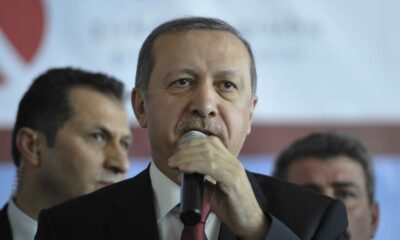 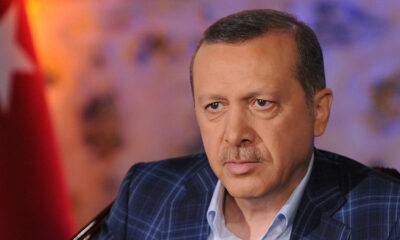