It is time to include women and marginalized groups in efforts to combat extremism.

In June, President Barack Obama joined over 1,200 promising entrepreneurs and venture capitalists from 78 countries at Stanford University for the annual Global Entrepreneurship Summit (GES) to discuss how entrepreneurship can build resilience to extremism.

Now in its seventh year, the summit works to support the development of new public-private partnerships and innovation ecosystems. At a time in which the media’s eye has been heavily focused on the rise of the Islamic State (IS) and other radical groups, its fresh-faced focus on market growth and innovative technology as a means to combat extremism is a welcome approach.

This level of public-private cooperation isn’t exactly new. In fact, the US government has been quietly partnering with young people and tech moguls for years to curtail extremist messaging on social media. Most recently, for example, the State Department teamed up with Facebook to support the P2P (Peer to Peer): Challenging Extremism Initiative to challenge university students to develop and execute their own campaigns and social media strategies against extremism.

What is new—and will take these efforts to a new level—is an expanded focus on engaging women and marginalized groups in this mission. If economic growth truly is a catalyst to community resilience, it will need to be more inclusive.

In a nod to the US administration’s efforts toward countering violent extremism (CVE), the World Bank launched a new Women for Resilience Initiative at the summit to provide business support services to women entrepreneurs from the Middle East and North Africa (MENA) who contribute to resilience value chains in their respective countries.

And entrepreneurship—when supported by both men and women—provides a strong positive counter-narrative to the nihilistic ideologies espoused by terrorist groups. Although women suffer disproportionately from violent extremism and conflict around the globe, it is critical to reframe their role not just as victims, but also as powerful actors who can help to build strength and community resilience across every sector of society, including in the business sector where their participation has often been faced with significant barriers.

Noting the unique potential of women entrepreneurs to transform their communities, others have also joined in. Most notably, US Department of State, the Multilateral Investment Fund and Kiva—the world’s largest crowdfunding platform for loans—joined forces to launch a new Women’s Entrepreneurship Fund.

Although the joint initiative was technically announced in late February, it comes directly out of meetings during last year’s Global Entrepreneurship Summit in Kenya. It aims to help crowdfund loans to support one million women entrepreneurs over the next five years and focuses on “women entrepreneurs in the growth phases, offering loans greater than the average microfinance loan.” To date, an estimated $500,000 has been pledged, and the State Department will invest in data collection and analysis going forward to monitor the fund’s success to inform future public-private collaborations.

The scope of the fund—which will reach women in 83 countries—and its capacity to bring together actors in the public and private sectors, represents a major win for impact investing. On average, female entrepreneurs start companies with 50% less capital than male entrepreneurs, and access to capital remains a critical barrier to the establishment of women-owned small and medium sized enterprises (SMEs) in many countries. In fact, according to the World Bank, as many as 70% of women-owned SMEs in developing economies are underserved by financial institutions, contributing to a global credit gap of $260 to $320 billion for women alone.

As we now prepare for next year’s Global Economic Summit in India—the first time the conference will be hosted in Asia—much work must be done to maintain this momentum to reduce financial access barriers for women as we work to build more resilient communities through economic growth.

India itself is a perfect case study of the issue. Although India boasts that it is the world’s fastest growing economy, it has noticeably struggled to pursue an agenda of inclusive economic growth. Among BRIC countries, a recent ASSOCHAM-Thought Arbitrage Study indicates that “India’s performance in female workforce participation stood at 27 per cent, significantly behind China (64 percent), Brazil (59 percent), Russian Federation (57 percent), and South Africa (45 percent).”

Alarmingly, these numbers have actually decreased over time. Women’s participation in the workforce fell from 31% in 2004 to 24% in 2011 despite the fact that India’s economy grew 7% during the same time period, and the International Labor Organization (ILO) ranked India 11th from the bottom in the world in female labor force participation in 2013.

To address this issue, the Indian government launched Startup India, a program that will provide educational training and facilitate seed funding for start-ups with a focus on empowering women and disadvantaged communities. However, it will need to prioritize female labor force participation across the board if the country seeks to maintain its status as a burgeoning economy.

Can entrepreneurs and start-ups save the world, empower women and dampen the rise of extremism violence while making a profit? Only time will tell. 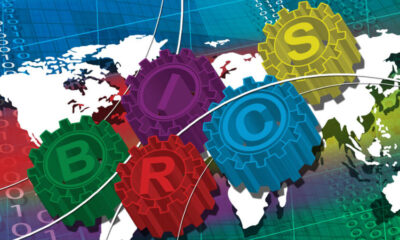 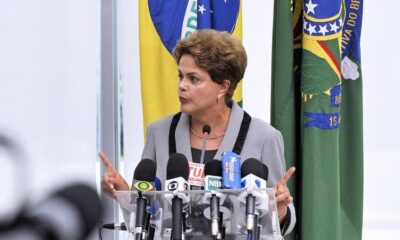 What Happened to Brazil? 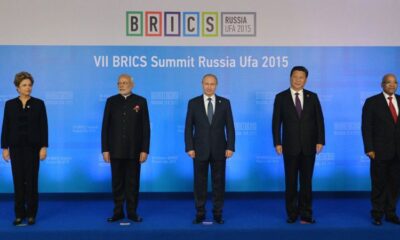 Culture and Education Can Bind BRICS