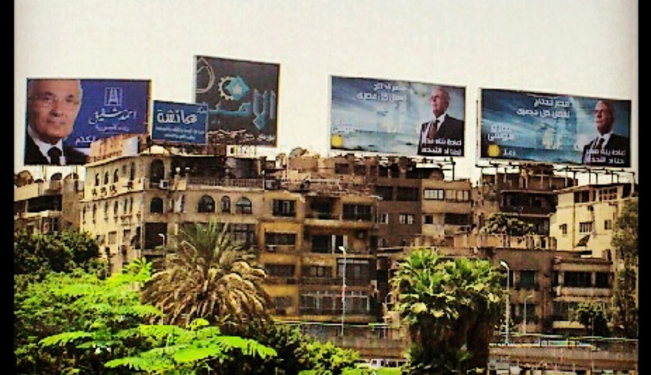 Egyptians need to work together to form a functioning social, political, and economical system, and to reform civil society and its role in the political sphere, argues Omar Farahat.

A few millennia ago, Egyptians believed that the universe revolved around the Nile valley. All life began on the eastern side of the river, and all things came to an end in the west. While generally accepting contemporary scientific theory about the structure of the universe, modern Egyptians still harbor a feeling that Egypt is the center of the world, or, at the very least, the umm al-dunya (mother of the world).

I am no exception. In this spirit, I would like to channel my inner Egypt-centricity and argue that much of the dilemmas facing Egypt, and for that matter, Egyptians, since the ouster of Hosni Mubarak, are emblematic of a range of social, economic, and ethical predicaments facing our world today. Understanding what is wrong in Egypt, a country torn between the vigor and disillusionment of a revolutionary drive and the realities of a dominant and dreadful global order, will lead to a better understanding of the failures of our world. It evinces what it is like to be on the wrong side of American imperialist schemes and Saudi regional ambitions, and what it means to be dragooned into consistently fighting the wrong feuds.

The messy situation that Egyptians find themselves in before the first post-Mubarak presidential elections, illustrates the difficulties accruing from the blind adoption of the overarching institutional “modern” state as a default form of governance. In fact, much of the lack of balance and fluidity that characterizes the last 15 months of Egyptian history can be explained when we realize that virtually all battles that have been fought in this pivotal period were centered on changes at the level of the state. The essential error of this approach stems from the failure to see that for several decades the Egyptian state, in its relation to the overwhelming majority of its population, has been an unavoidable nuisance at best, and a nightmare at worst.

The acceptance of the modern state’s monopoly over administrative, legal, judicial, and security apparatuses depends on its ability to successfully exploit resources. In exchange for its sovereign position as a mediator between the citizenry, and its status as the people’s wealth holder, the state — as it emerged in modern Europe — theoretically offered to its citizens, equal opportunities to benefit from the its exploitation of natural resources and colonized populations, as the case may have been. By contrast, for at least four decades, the Egyptian state has effectively controlled the country’s wealth and monopolized coercive power, without offering the slightest semblance of equal opportunity or the establishment of the rule of law. Egyptians (that is, except for the very few who actually did benefit from the state), learned to manage their social, economic, and religious affairs independently from, and in spite of the state’s tired, ineffective, and hostile presence.

But let us digress into history for further context. It is widely accepted by historians that the story of the modern Egyptian state began early in the 19th century, when the powerful Muhammad Ali gained de facto independence from the ailing Ottoman Empire. Gradually, Ali’s growing bureaucracy began to infiltrate the daily lives of the people, and eventually law, justice, and education, formerly offered by bottom-up societal organizations, became the exclusive domain of the state.

This process culminated after the 1952 coup d’état when Gamal Abdel Nasser effectively incorporated al-Azhar — the prestigious ten-century old center of Islamic scholarship — as well as all media outlets and virtually every aspect of the economy, under absolute state control. Under Nasser, the state’s overarching domination opened channels of upward mobility to previously disadvantaged segments of the population. The failure to establish a mechanism for the peaceful transfer of power at any level of the state apparatus, however, meant that the control of the state and, consequently, the country’s resources were inevitably in the hands of the military elite.

The hijacking of the state by its military rulers and their small circle of corrupt business clientele meant that a sharp socio-economic divide emerged in Egypt over the past couple of decades. On the one hand, there is the state-backed business elite that exploits Egypt’s resources in illegitimate ways. On the other hand, the overwhelming majority of the population earn their living by providing small derivative services to the former, in addition to what remains of a rural and middle class in the country’s dysfunctional agricultural and public sectors.

While the former functions under the creed of a plain utilitarian bourgeois ethic, the latter’s need for moral validation is overwhelmingly satisfied by neo-capitalist Islamist organizations, the most prominent of which is the mighty Muslim Brotherhood. These organizations justify the country’s socio-economical and ethical failures by appealing to pre-colonial times in which Shari’a, the body of Islamic legal-moral norms, reigned as the sole source of society’s moral and regulatory system, and when each political ruler’s pledge to uphold the Shari’a was their ultimate source of legitimacy. The critical difference between pre-colonial times and the Muslim Brotherhood’s loud and vacuous promises is that none of the pre-colonial political rulers actually produced the norms of Shari’a. Rather, they simply upheld the legal-moral system elaborated by the many independent scholars active within the community.

As the first presidential elections after the revolution commence, many seem exasperated by what appears to be a dual struggle between the “old regime” and the Islamists. Given the aforementioned chaos of the socio-political landscape, it is only natural that these two loosely defined factions would lead the battle over Egypt’s dysfunctional state. The appeal of stability and ideology that the two camps represent should not be underestimated.

A win by one of the felool (remnants of the old regime) would ensure that the Egyptian state, for most Egyptians, would remain what it has long been: an unavoidable, but manageable nuisance. It would mean that the top generals would continue to enjoy US aid, that Egypt would remain Israel’s strategic ally in the region, that state-sponsored thugs would stop terrorizing peaceful people, and that everyone would go back to their small economic and ethical struggles and denials.

A win by the Muslim Brotherhood’s candidate opens the door for new forms of hijacking and clientelism in Egyptian politics. The former International Atomic Energy Agency (IAEA) Chief Mohammed El Baradei, often representing the voice of reason over the past several months, voiced his frustration at the inability of Egyptians to “work together as Egyptians.” Working together means, among other things, figuring out what kind of political, social, and economic system we want for ourselves and the generations to come. As daunting as this task may be, it is made virtually impossible thanks to the injection of frequent doses of US aid and Saudi oil money in the veins of the already unhealthy Egyptian political system.

Nevertheless, if we have learned anything from the Egyptian revolution, we know that whatever seems impossible may not in fact be so. Like the voices calling for social justice and political reform to engender political mobility on an otherwise stagnant system, an equivalent wellspring aimed at grassroots change must emerge. This is necessary to reform civil society and its role in the political domain, and to consequently reform the socio-political landscape. Just as revolutionaries forced Mubarak out of office, they can, in the long run, force Egyptians to work together to shape a functional socio-economic reality.