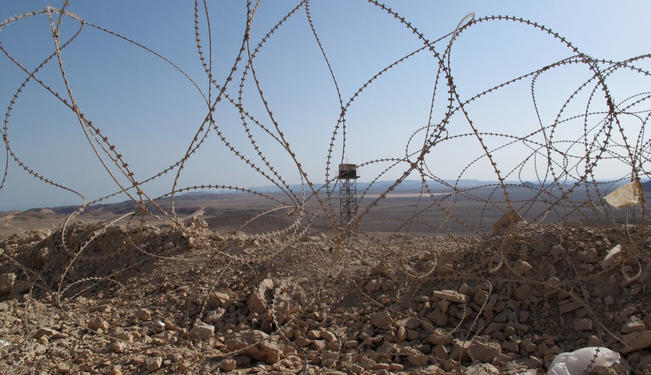 On the Egyptian-Israeli border, an increase in jihadist activity is causing both sides to question longstanding certainties of their respective national security paradigms.

The recent escalation of jihadi activity in the Sinai Peninsula has added a new dimension to the geostrategic uncertainties of the post-Mubarak era. Like the fallen regime, the Sinai served as a buffer in the cold peace between the Egyptian and Israeli populations. With the Egyptian military in the Sinai recently suffering its greatest personnel losses since the 1970s, public anger has been channeled into loud calls to renegotiate the 1978 Camp David Accords to restore full Egyptian sovereignty over the peninsula. However, senior Egyptian officials have remained quiet about the issue, focusing their efforts instead on rooting out Salafi militants and addressing the root causes of instability in Sinai and, to an extent, the Gaza Strip as well.

Sixteen Egyptian soldiers were killed on August 5 by Salafi militants en route to the Kerem Shalom border crossing into Israel. The assailants were met with resistance from the Israeli Defense Force (IDF) Bedouin Reconnaissance Battalion before their stolen armored personnel carrier was destroyed by an Israeli Air Force (IAF) strike inside Israeli territory. Another pick-up truck ridden with explosives was blown up at the border. Eight militants were killed in the attack, while an estimated 27 retreated into Egypt.

In response, Egyptian President Muhammad Mursi launched “Operation Sinai,” calling on security forces to “implement entire control” over the peninsula and the northern towns of al-Arish, Rafah, and Shaykh Zuwayid. This was the second major operation in the area since the revolution; an attack on the al-Arish police station in August 2011 prompted the deployment of two Special Forces brigades and 1,000 soldiers in a campaign dubbed “Operation Eagle”. Egypt’s State Security Emergency Court issued 14 death sentences to members of Tawhid wa’l-Jihad in connection with the al-Arish incident on September 24.

Peace discussions between a presidential delegation and tribal leaders were dropped after militants killed an Egyptian soldier in a new attack on the northern Sinai security headquarters in al-Arish on September 16, using rocket propelled grenades and automatic weapons in the assault. Fighting also occurred in Rafah and Shaykh Zuwayid, where the army targeted militants with helicopters and dozens of APCs. Earlier that day, security forces in the village of Mahdia also detained four militants connected with the August 5 attacks.

A Sinai-based militant group using the name Ansar Bayt al-Maqdis (Supporters of the Holy Place, i.e. Jerusalem), claimed responsibility for an attack on the Israeli border that killed an IDF soldier on September 21, saying it was a response to the Innocence of Muslims film made by “the doomed pigs of the (Coptic) diaspora.” The same group has claimed responsibility for earlier cross-border rocket attacks and an attack on the pipeline carrying natural gas from Egypt to Israel.

Egyptian officials have consistently played down fears of an Islamist insurgency in the Sinai. As late as July a security advisor dismissed the jihadist threat, claiming that “Israel, like many parties, has vested interests in making up dangers in Sinai”. Egyptian Intelligence Chief Murad Mowafi came under heavy criticism for his unpreparedness, especially given that Israeli officials publically warned of an increased threat in a travel alert issued to its citizens. Mowafi admitted he had “detailed information about the attack, but we never imagined that a Muslim would kill a Muslim on the hour of breaking the fast in Ramadan”. Commenting in the aftermath of the unprecedented attack, Israeli Defense Minister Ehud Barak expressed his condolences and hoped the incident would serve as a “wake-up call for the Egyptians to take matters into their own hands”.

President Mursi exploited public anger to sack Mowafi and a dozen senior military leaders, including Defense Minister and Supreme Council of the Armed Forces (SCAF) Chairman Muhammad Hussein Tantawi, Armed Forces Chief-of-Staff Sami Enan and the heads of the navy, air force and air defense. The moves prompted fears in Israel that a reshuffled SCAF hierarchy under the control of the Muslim Brotherhood-backed Mursi would not be as cooperative with Israel. However, Mursi has continuously stressed his intention to respect all international agreements. In addition, Israeli Defense Minister Ehud Barak has confirmed that the two countries continue to consult with each other regarding additional troop placements in the Sinai under the “Agreed Activities Mechanism” overseen by the Multinational Forces and Observers (MFO). Reacting to persistent calls from Egypt to amend the treaty, Israeli Foreign Minister Avigdor Liberman stated: “There is no chance Israel will agree to any kind of change”.

In the long term, Egyptian officials are keen to stamp out the root causes of the lawlessness and instability in the Sinai. Prime Minister Hisham Qandil has pledged to provide $270 million to support development projects in the area, an unfulfilled promise of former presidents Anwar el-Sadat and Hosni Mubarak. In an attempt to draw the Bedouin away from smuggling and other illicit activities the government will also review proposals for free trade zones in Rafah, al-Arish, and Nuweiba.

The current troubles in the Sinai are largely a spillover of insecurity, desperation, and economic deprivation in the Gaza Strip. To stifle the dangerous flow of arms, extremist ideology and Palestinian militants into Sinai, all parties (including Egypt, Fatah, Hamas, and Israel) will need to work to address the ongoing economic blockade of Gaza and the Palestinian Authority’s political crisis. Using its contacts with Hamas, Egypt will use the opening of Rafah border as a bargaining chip to push for further Palestinian reconciliation in the run-up to future Palestinian Authority elections. However, Egypt will be careful not to provoke Israel into permanently closing the Kerem Shalom border crossing between Gaza and Israel, which would essentially transfer full responsibility over Gaza to Egypt.

The August 5 attacks highlighted the neglect of Egyptian security forces towards the threat of Salafi militancy in the Sinai Peninsula. Efforts to re-establish control over the buffer zone resurrected traditional grievances in all parties to the conflict. As “Operation Sinai” enters its second phase, more efforts to alleviate some of the deep grievances of the Bedouin population will be needed, as well as long-term steps to address the unsustainable situation in Gaza. Politicians from all sides will look to secure a breakthrough that could ease popular Egyptian pressure to renegotiate the Camp David Accords, particularly since the Military Annex to the Accords already provides the necessary mechanisms to address the current crisis through mutual consultations. In the absence of an Egyptian political and military apparatus to guarantee peace, both sides would benefit from Sinai’s return as a strategic and symbolic buffer zone.

*[A version of this article was originally published by The Jamestown Foundation on September 27, 2012].