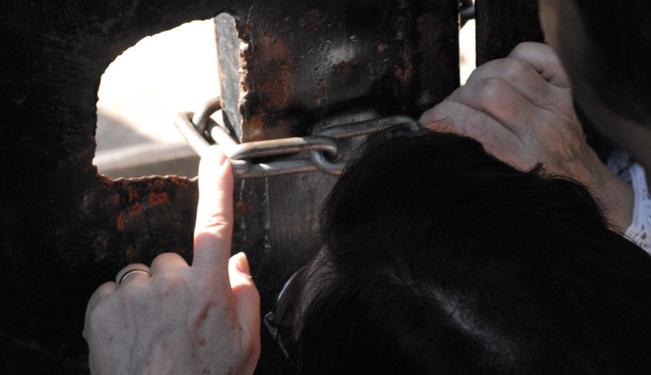 The Sinai Peninsula has exploded with violence in recent months. Cooperation between Egypt and Israel seems unlikely even though it works in both nations' short-term interest.

On August 16, 2012, militants from Palestine, Egypt, Yemen and beyond, disguised as Bedouins, raided an Egyptian army base in the town of Rafah on the Israeli-Egyptian border. Sixteen Egyptian soldiers were killed and 2 armored personnel vehicles were stolen. The militants, many of whom were reported to be wearing suicide vests, then entered Israel where they were killed by the Israeli army. The Egyptian government was humiliated, the Israelis were put on high alert, and the Rafah checkpoint, the only opening for Palestinians to Egypt, was closed by the Egyptians. A small band of armed militants, spawned from the Egyptian Sinai, sent the entire region into a tailspin.

The Significance of the Sinai

What was once just a nuisance to Egypt and Israel has now become a festering sore. Armed militants of varying ideologies from across the Arab world have nestled into the Sinai Peninsula, weaving themselves into the fabric of its society.

A lawless Sinai throws the entire region into flux, presenting serious problems for Israel, Egypt, and by extension, Hamas. Israel faces continued terrorist threats while Egyptian law is openly flouted by Sinai militants. Stephen Cook of the Council on Foreign Relations, states: “The Sinai is a haven for drug smuggling, human trafficking, gun running, and extremists of all types.” Jihadists have access to the levers of power within Bedouin society and alliances between Bedouin tribes and foreign elements are tightening. Faced with these problems, Egypt and Israel have a vested interest in solving Sinai lawlessness; whether they do so together remains to be seen.

The Bedouins of the Sinai

The Sinai has not always been a violent region. The recent explosion of chaos traces back to Egypt’s treatment of the region's native Bedouins, a nomadic people who have historically been wary of Egyptian authority. Many Bedouins regard Egypt’s national borders as arbitrary and carrying little legitimacy. For decades, the Hosni Mubarak regime deemed the Bedouins as internal threats and traitors, existing on the extra-national fringe. In the 1980s, the Egyptian regime introduced large flows of capital into the Sinai by creating many tourist attractions. As their terrain was being transformed into large developments for international tourists, Bedouins simultaneously faced systemic discrimination and harassment throughout Egyptian society.

After Mubarak’s ouster, the Bedouins sought retribution for their years of oppression. The region has since devolved into chaos. Prolonged Bedouin dispossession has enabled elements that include Egyptian Takfiri militants, armed Palestinian Islamists and some Bedouins to use the Sinai as a forward operating base against both Israeli and Egyptian military positions, resulting in an ungovernable region.

While it is essential that Egypt reasserts its authority in the Sinai, its fractured post-revolutionary political structure makes this task very difficult. Egyptian President Mohammed Morsi responded swiftly to the Rafah attack, calling it a “serious threat to Egyptian sovereignty”, and adding: “There is no room in Egypt for this type of aggression and criminality.” The Egyptian military reinforced Morsi’s statements by stating that they will pursue the attackers “inside Egypt and abroad”. The capacity and seriousness of Egypt’s response against Sinai terrorism will demonstrate both how important they view an alliance with Israel as well as how efficient their own political structure is.

The Sinai Salafists, an active militant group, said that their battle is not with the Egyptian army but with the “Zionist enemy”, and that if the Egyptian military continues to meddle in Sinai affairs, Egypt would be dragged into a war “that is not theirs.”

Even though Sinai militants killed Egyptian security forces in the Rafah attack, their primary purpose was to steal armored vehicles and penetrate Israeli border defenses. The Egyptians were only standing in the way of the militants' goal, rather than being their focus. If the Egyptians attempt to clean out the Sinai, the armed Islamists will not only fight tooth and nail, but may also accuse Egyptian forces of being Zionist sympathizers. This charge, regardless of its source, can spell political suicide in the Middle East.

After helping mediate a recent ceasefire between Israel and Hamas, President Morsi gave himself far reaching executive power in Egypt. Such centralized power might increase Egypt’s effectiveness in dealing with Sinai militants, but threatens any gains the Egyptian revolution has achieved.

Impact on Israel and Hamas

Israel now has to worry about both militant Sinai groups and Islamists from the Palestinian territories. A complex web of alliances between radical groups in the Sinai and non-Hamas Islamist factions in Gaza are beginning to emerge. Due to Hamas’ hegemonic control over Gaza, many smaller and more radical factions have grown dissatisfied with the Gazan political ecosystem and as a result are seeking to assert themselves and establish lines of communication with the Sinai militants. Hamas needs complete authority over Gaza in order to have true negotiating power with Israel lest truces be broken. Simply put, Hamas will only accept Hamas-sanctioned violence against Israel. Sinai militants also threaten to spoil the tenuous ceasefire between Hamas and Israel.

A Palestinian jihadist umbrella group with loose affiliations to al-Qaeda calling itself the Shura Council of Jihad Fighters is a prime suspect in multiple cross border attacks against Israel from the Egyptian Sinai. Similar groups like Jaish al-Umma and al-Tawhid wal-Jihad are indicative of a rising tide of splinter Jihadist groups within Gaza that shirk Hamas’ authority. Once in the Sinai and beyond the watch of Hamas, these groups train and arm themselves for terrorist operations within Israel.

More recently, a September cross-border ambush hatched in the Sinai took the life of one Israeli soldier. The perpetrators of the attack were not, as previously assumed, Bedouins, but middle class Egyptians, according to a report in the Egyptian daily al-Masry al-Youm. This raises the question as to how broad-based militant support might be in other sectors of Egyptian society. A Sinai Salafist group called Ansar Bayt al-Maqdis (Supporters of Jerusalem) claimed official responsibility for the attack. Whether the group has ties to Gaza, Egypt, or both remains to be seen.

Egypt and Israel: A Confluence of Interests

If Egypt cooperates with Israel and possibly the US to deal with the Sinai, President Morsi's public image in the Arab world is likely to take a grave hit. A caricature of Morsi might emerge as nothing but a Western stooge, an apologist for Israeli transgressions — an extension of the Mubarak era.

Nevertheless, national security interests might necessitate a level of cooperation between the Islamist president and Israel that cannot be kept out of the Egyptian public’s eye. The US recently expressed interest in mediating future negotiations pertaining to the Sinai, thereby only complicating Egyptian autonomy.

Whatever Morsi decides, Israel is so publicly reviled in Egypt that the Israeli government must tread lightly. Israeli decision makers must consider Egyptian sovereignty as well as Egyptian public opinion. Historically, Israel has disdained outsourcing its security, no less to Egypt. But Israel no longer has a stalwart in Mubarak who can block public dissent in the face of Israeli unilateralism.

If Israel chooses military engagement in the Sinai, it will be held strictly accountable by the Egyptian government. An incident last year in which Israel mistakenly killed five Egyptian security personnel resulted in a massive blowback: large protests across Egypt, violence at the Israeli Embassy in Cairo, and threats from Egypt to recall their ambassador from Israel. This gives us an indication of how closely Israel is likely to be watched.

How Egyptians negotiate the increasing lawlessness in the Sinai with their need for national autonomy will be a strong indicator of how Egyptians view themselves as a nascent democratic state. A standoff between pragmatic national security concerns and anti-Zionist ideology is arising.

Sinai lawlessness hurts Egypt almost as much as it does Israel. While the Muslim Brotherhood holds reprehensibly illiberal views towards religious minorities, women and homosexuals, their ideology is far less violent and reckless than that of the militants in the Sinai. However, from the Brotherhood’s perspective, cooperation with ‘the Zionist enemy’ is an almost unthinkable scenario. The gulf between Mubarak’s cold peace with Israel and popular discontent with the policy has led to a deep suspicion of any future partnership within Egyptian society.

Cooperation between Israel and the Morsi government is necessary in order to deal with an immediate threat. Recent reports indicate joint Israeli-Egyptian military maneuvers in the Sinai; whether this partnership lasts remains to be seen.

The benefits of a coordinated and effective military operation in the Sinai will only be short-term if the native Bedouin population is not treated with dignity and its past grievances remain neglected by Morsi’s government. Unless properly addressed, Bedouin discontent with the Egyptian regime will continue and it will be exploited by radical elements.

Therefore, a two-pronged approach must be taken by Egypt. Israel´s support will be crucial for its success. The Sinai must first be cleaned up militarily, including a sharing of intelligence and resources, followed by a subsequent program of domestic reform that reintegrates the Sinai’s Bedouin population into Egyptian society. A pacification of the Sinai will only solve short-term national security problems, and potentially keep a larger crisis at bay. Ultimately, any long-term partnership between Israel and Egypt is dependent on a just and equitable resolution to the Israeli-Palestinian conflict.