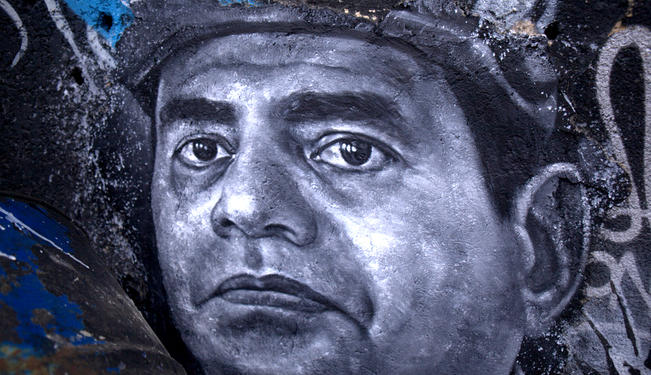 Achieving genuine progress in Egypt does not mean imposing restrictions.

If Egyptians were to believe the current local media mantra, the country should currently be basking in a state of revolutionary afterglow since emerging victoriously from our second uprising in nearly as many years to slay the draconian Muslim Brotherhood (read: Islamo-fascist terrorists). The people’s Egyptian Armed Forces saved the nation from a group that shackled Egypt in its quest to achieve democracy and hijacked the revolution to actuate a plan to restore the Islamic Caliphate.

To undo the damage that Islamists brought upon Egypt, the current transitional government of technocrats is working hand-in-hand with the military to swiftly address the country’s economic woes, revive tourism, and eliminate the security threat posed by terrorists.

But Egypt’s reality today does not shine as bright as the Egyptian-flag-donned “news report” backdrops make it seem. Indeed, the country remains ripe with political and social strife, as governmental reform and genuine social progress take a backseat to nationwide military deployment and emergency law. The emphasis on economic and security policies of the past cloud Egypt’s vision for a better tomorrow.

If the revolution is to live on, Egyptians must continue to question the state’s official narrative and the path it charts for our nation’s future. Pressure for institutional reform has never been more important than at this current juncture; each individual must strive to blaze a trail to social progress at individual and community levels.

Unfortunately, a string of recent government decisions that hamper labor rights, threaten press freedom, abuse due process, limit political freedoms, restrain civil society and restrict the right to assemble, prove that old authoritarian habits die hard with a member of the military cadre at the helm of the country’s decision-making process. The economy remains stagnant as tourism dwindles, unemployment lingers, and reports of newly-opened factories or farms are rare. Frequent clashes between Muslim Brotherhood supporters and their opponents demonstrate the country’s ongoing volatility.

While the government launched a few initiatives aimed at reviving the economy and restoring security, any sturdy look at these government policies shows that they are merely prima facie measures aimed at appeasing the masses to save face in the short-term, without addressing Egypt’s deeply-rooted structural ills.

The labor force remains highly unskilled and inefficient (146th globally, according to the recent World Economic Forum’s Global Competitiveness Report), education dwindles near a global low, pollution is at an all-time high, infrastructure fails to keep up with an ever-growing population, and state bureaucracy remains as inefficient and disorderly as ever.

Unable to redress their grievances productively, much of the population feels undignified and hopeless amidst mounting economic pressure and a lack of future outlook. As the government plays a game of charades with societal progress, economic development, and true reform, real progress towards “bread, freedom, and social justice” remains elusive.

If the governments of the past two years were merely a façade of democracy, then the government of today represents a mere charade of progressivism, unless it works to sow the seeds of reform into the state, economy, and public mentality. The government still proves highly exclusionary and favors a particular cadre of elite, corporate, and institutional interests. Its policies to-date have yet to prove effective.

At best, the revolution sought by hundreds of thousands of protesters who rejected an authoritarian status quo in 2011 is back to where it was after Hosni Mubarak’s downfall, when the SCAF (Supreme Council of the Armed Forces) assumed the reigns of power, and still awaits a cultural and intellectual renaissance. Rather than genuine progressivism, Egypt’s anything-goes “maashi” mentality still prevails in Egyptian culture, and applies to the government and people alike.

The revolution has yet to inspire enough people to alter attitudes on an individual level to serve their families, communities, and economies better. Although political space has opened up compared to the Mubarak years, the nation still lacks a solid vision for reform.

Egyptian optimists say their people and government are learning by experience and that the current administration still has not had enough time to deliver, but if we follow the current transitional roadmap, the fruits of change will ripen soon enough. And if this government does not meet expectations, the next one, which will be democratically elected without any interference from Islamists, will open the door to civic contribution and surely deliver. A revolution steered off course by Islamists is now being corrected. Let us hope this is the case.

To the skeptic and pessimist, however, what Egypt witnessed over the past few months was a full-fledged counter-revolution stirred by deep-state entities — intelligence, military, police, and corporate powers — with strong ties to Mubarak’s old guard. These structures capitalized on Morsi’s failed executive policies and the state of national economic hardship to encourage dissent by the Egyptian populace against the Muslim Brotherhood.

The Brotherhood’s attempt to monopolize governmental power alongside a self-serving neo-liberal economic agenda threatened the corporate interests embedded in the country since Mubarak’s reign.

The Return of the Old Guard?

Egypt’s military, alongside its own bustling industries, owns shares in numerous domestic and international companies operating locally. Thus, its actions in July 2013 align with the interests of a business elite with whom it has had a long and prosperous relationship, as well as with the interests of its post-Morsi Arab sponsors in the Gulf.

Given the announcement of Prime Minister Hazem Beblawi — the neo-liberal stalwart — of a multibillion dollar private-public partnership plan for Egypt’s economy, the billions of dollars offered by Gulf kingdoms are indirect investments into companies that the kingdoms themselves partly-own, alongside the military and affluent, corporate-minded Egyptian elites. At the same time, businessmen and old regime figures such as Ahmad Ezz walk free, and Mubarak has been upgraded from a jail cell to a fully decked-out luxury hospital suite.

In either case, General Sisi and the transitional government have their work carved out for them. Departure from old trends, given either narrative, remains unlikely as long as government bureaucracies remain unreformed, civic groups remain uninfluential, and the Egyptian self remains un-empowered.

In the wake of the popular uprising-turned-coup, the current government’s top priority has been security. It seeks to address this by implementing a long-resented emergency law, launching a massive domestic “war on terror” that targets the Brotherhood, drafting up a law that requires Interior Ministry approval before protests, and by shutting down roads and public squares whenever they fear imminent demonstrations.

This makes it clear that the current government has no intention of reconciling with Islamists in the near future and chimes in an uncomfortable new era of societal division.

Instead, the government is following in the footsteps of its military-hailing predecessors and is moving toward sustained political suppression of the Muslim Brotherhood, and a general restraint of political space. It indulges in a ruthless show of force against mostly peaceful protesters, reminiscent of the Mubarak-era. This risks radicalizing the fringes and increasing the resolve of militant-breed groups launching anti-government operations, which have already gained momentum in the Sinai Peninsula.

Alongside the scores killed in the clearing of the Rabaa and Nahda sit-ins, each military operation against such groups and each death increases the number of “martyrs,” amplifying the Islamist rallying cry against the state. Even if some of these protesters were armed, as the military alleges, the thousands of deaths since the July 3 overthrow demonstrate the state’s willingness to engage in collective punishment rather than holding itself to the standards of due process.

The questions Egyptians must ask themselves are: How effective have these blanket security measures been? Do the expected gains outweigh the stripping of our political and civil rights? Does the current outlook reflect the “revolution” we supported when we took to the streets on June 30 to protest the failures of the Morsi administration?

It seems obvious to me that the security measures have thus far failed: just ask the family members of those killed in Sunday’s tragic drive-by shooting outside a church where the victims were celebrating a wedding.

Tanks in crowded city centers and a curfew do not help a society where faith in and respect for the law falters. Mass protests on the streets that we call a revolution do not mean anything if the people do not follow up with intensive and organized pressure on the government to reform and perform.

Egypt must look toward political inclusion and compromise to end its battle with angry “anti-coup” youths. Jailed Muslim Brotherhood leaders must be held accountable for crimes and tried as soon as possible if the state possesses convincing evidence; otherwise they must be released.

The inflamed political tensions that have engulfed the nation, especially after Morsi’s removal on June 30, will not die down until Egyptians across the political spectrum are assured that the government will only apply force legitimately to uphold the principles of justice, rather than to advance or suppress the political aims of any domestic force of interest.

The state must immediately address its justice system to sow the seeds for the respect of its legal institutions — dubbed rational-legal legitimacy by political scholars — in order to ensure that long-term rule of law is respected. State institutions must work to grow the legitimacy of its legal system — both with respect to the professionalism and effectiveness of its police force as well as the efficiency and impartiality of its over-burdened judiciary.

Meanwhile, the real focus for revolutionary youths and progress-minded Egyptians should be to empower themselves and the rest of society in a framework that serves as an outlet for accomplishing ends greater than chanting in the streets and throwing rocks. A democracy not only means that we select our leaders, but it means that onus is on the individual to guide the government and serve as a positive force for his or her community and nation.

Only then can the people truly correct the revolution’s path — when reform at an individual level sparks a high degree of societal organization that can actually shepherd the government with an eye toward a better tomorrow.