The US-brokered agreement goes beyond a simple quid pro quo for Trump’s Arab peace deals. It represents a US investment in a North African security partner that is key to Washington’s conception of great power competition. Trump’s decision pulls Morocco closer to the US and the European Union. It also brings Rabat closer to the United Arab Emirates’ spheres of geopolitical influence in Africa and the wider Arab world. At the same time, the decision gives the EU cover to further align with Morocco.

Yet Trump’s gift to Morocco could have unintended consequences. Algeria might deepen its relationship with Russia and China, increasing their presence in the Maghreb region. The Biden administration is scrutinizing past deals signed by the previous president, and the decision pertaining to Morocco might come up for reconsideration.

The Moroccan kingdom conceives of its neighborhood’s stability in terms of a strong grip on Western Sahara, the continued development of the southern territory’s resources, and limited terrorist threats in and around its porous Saharan borders. In late November 2020, the US committed to investing $3 billion in Morocco — through the Development Finance Corporation — and designated the country as a regional hub for its Prosper Africa trade and investment program. A month later, the US committed to selling four sky guardian drones to Morocco, which expands its intelligence, surveillance and reconnaissance (ISR) capacity. By acknowledging Moroccan sovereignty over Western Sahara, allotting Morocco more development funding and providing increased ISR, the US bolsters neighborhood stability as seen by King Mohammed VI.

In turn, increased stability for Morocco may reverberate across its littoral Sahara — a vacuum for terrorists and a potential target of Russian intrigue. New US development initiatives could amplify previous Moroccan actions in the region, such as the delivery of COVID-19 aid packages to Mauritania and Burkina Faso in June 2020. New ISR capacity will also see the increased interdiction of traffickers and terrorists, whose roles progressively overlap. These actions will not decisively change the nature of conflict plaguing the Sahel region, located just south of the Sahara Desert. But even marginal gains for Moroccan stability would decrease power vacuums for Russia to exploit with the Wagner Group, a private military company Moscow uses to surreptitiously advance its foreign policy.

Europe and the Gulf

Trump’s decision also provides political cover for the EU to overcome obstacles in its relationship with Morocco, which retains advanced status under the union’s European Neighborhood Policy. The Brussels-Rabat relationship is fraught with disputes over whether goods from Western Sahara should come under the jurisdiction of the EU-Morocco free trade agreement. Rulings in 2016 and 2018 by the European Court of Justice decreed that EU-Morocco trade and fishing agreements would only remain valid if they excluded goods originating from Western Sahara, contradicting the Moroccan autonomy plan for the territory.

Washington’s recognition of Moroccan sovereignty gives political cover to European states, including France, that lean toward the autonomy plan. European judicial decisions do not derive from US decrees, but if key EU member states were to change their stance on Western Sahara, the legal basis of the earlier court rulings could also differ. If so, like the US, the European Union would find itself pulled closer to Morocco, portending new initiatives that align with the European interest of Morocco as a stability exporter.

In the Gulf, Washington’s recognition of Moroccan sovereignty pushes Rabat and Abu Dhabi closer into alignment. This would continue their rapprochement after previous tensions, which stemmed from Morocco’s refusal to back the Saudi-Emirati-led blockade of Qatar between 2017 and 2021. To punish Morocco for its neutrality, in 2018, the UAE and Saudi Arabia voted against Morocco’s bid to host the 2026 FIFA World Cup. The states also recalled each other’s ambassadors.

In October 2020, however, the UAE opened a consulate in Western Sahara’s Laayoune, which at that time was not recognized as Moroccan territory by the US. This was an important symbolic gesture, given that the UAE was the first Arab state to do so. UAE actions that favor Morocco come amidst deteriorating Emirati-Algerian relations, as Abu Dhabi is unhappy with Algeria’s alleged support of Turkey or, according to the UAE, “anti-Emirati lobbies in the region.” That the UAE is strengthening ties with Morocco while Saudi Arabia makes no such overtures could foreshadow Emirati attempts at constructing a new, intra-Sunni coalition.

US rivals have adopted less amenable stances. Russia has already condemned Washington’s recognition of Moroccan sovereignty over Western Sahara. The US decision, consequently, gives Russia and China an excuse to increase security and economic cooperation with the Algerians. As the most strident supporter of the Polisario Front — an armed group demanding independence for Western Sahara — Algeria is upset about the diplomatic win Morocco secured in the US recognition of Moroccan sovereignty.

To balance Rabat’s victory, Algiers could invite in Russian troops under the guise of counterterrorism operations to the Sahel. Algeria is one of Russia’s largest arms clients and China has already committed billions to phosphates in the east of the country. In light of the US move, both of these relationships could further develop.

Increased Russian and Chinese activity in Algeria would also diminish advances made in terms of Moroccan stability in the Sahel. Russia expanding its North African power projection and China increasing its investments in natural resources would balance Moroccan actions that close power vacuums to the Wagner Group. Unforeseen by Trump, Russia can also cite the US recognition of Moroccan sovereignty over Western Sahara as justification for its annexation in 2014 of Crimea, which is officially part of Ukraine. The US may have improved ties with Morocco but, in doing so, pushed Algeria, another North African behemoth, firmly into a sphere of Russian and Chinese influence and provided Russia justification for its illegal invasions.

The New US Administration

The Biden administration has already stated its support of the Abraham Accords, a term used for the peace deals Israel signed with the UAE and Bahrain in 2020. In response to a question concerning US recognition of Western Sahara, however, Secretary of State Antony Blinken said, “We’re also trying to make sure that we have a full understanding of any commitments that may have been made in securing those agreements.”

On January 27, 2021, US President Joe Biden froze the Trump-era F-35 sale to the UAE, pending review. Many considered the F-35 sale as a carrot Trump offered to the UAE. The freeze does not necessitate the reversal of the sale, but it indicates Biden’s resolve to scrutinize the quid pro quos that accompany the Abraham Accords. Once the US reaches “a full understanding of any commitments,” it will either continue or withdraw recognition of Moroccan sovereignty over Western Sahara.

If the Biden administration continues recognition of Western Sahara, Blinken would most likely work through an international framework at the United Nations to achieve increased support for Washington’s unilateral decision, as the US is the only state to recognize full Moroccan sovereignty over Western Sahara. If EU states lean toward the Moroccan autonomy plan, the Biden administration will find some find needed political cover.

At the same time, Russia and China would continue their support for Algeria, and Morocco would export its version of stability across North Africa. Rabat would also continue its recognition of Israel. Malignant non-state actors, however, could use the endurance of the US decision to galvanize violent actions from some Polisario fighters, creating another opening for terrorist groups. Maintenance of the decision also comes at the expense of true self-determination for the Saharawi people in Western Sahara.

The US can also withdraw recognition of Moroccan sovereignty over Western Sahara. This action would see the White House realign with the UN-sponsored peace process and international law. Potentially, a US return to non-recognition would invigorate efforts toward a true autonomy plan. In this case, Morocco would withdraw its recognition of Israel and US relations with Morocco would cool. Although the US and Morocco would remain important partners, the Moroccans would feel betrayed by this decision and potentially align closer with Russia and China to castigate the Americans. The Polisario, moreover, would also find a renewed chance at some form of self-determination.

Regardless of the Biden administration’s actions, Trump blatantly circumvented a UN-sponsored peace process and gave Morocco a carte blanche to implement its autonomy plan. New US-Moroccan collaboration could see Morocco push Sahelian stability that benefits the US position in great power competition by closing power vacuums to Russian interests. Trump’s thirst for diplomatic wins, however, caused his administration to view Western Sahara through a transactional lens, obfuscating a legitimate international solution and potentially inviting new Russian and Chinese activity in North Africa. 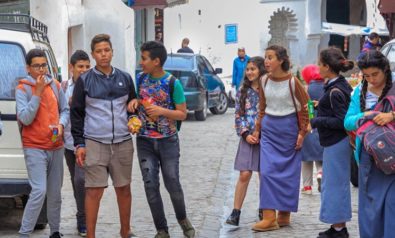 What Are the Priorities of Morocco’s Youth? 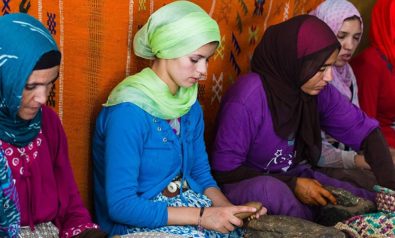 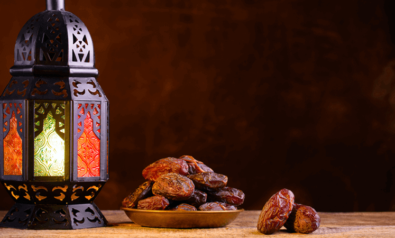 The Challenge to Spirituality in Ramadan