The ruler of the Emirate of Dubai has created a model city — a near fantasy land that rightly features many aspects of a global village.

Calling Dubai a miracle in its current unique example of an open and modern international city, would not be too far-fetched. The transformation of the small Gulf locality — drenched with the generally inhospitable sweat and dust of the desert — into a coveted international tourist destination in just a few decades is a miracle by all counts. It is an incredible feat for a desert locality to spring to world attractiveness in a mind-boggling short time span. With its countless tourists, Dubai is often comparable to culturally rich countries like France and Spain.

Modern Dubai is invariably the true — and possibly the first and only — example of a global village; particularly with its multicultural population, technological advancement and efficiency. It is very rare in history, with the possible exception of the making of Singapore, that the vision of one man, the ruler of the Emirate of Dubai, Sheikh Mohammed Ben Rashid Al-Makhtoum, is able to transform a city — especially considering the constraining traditions, limited material resources, and other overwhelming odds.

This is truly unique and justifies the labeling as a miracle: that a formidable idea and an unrestrained vision ensconced in the cerveau (the mind) of a man, ultimately found an exact expression on an immeasurable scale in one's life-time. All factors of success seem to have harmoniously blended together in the mind of Sheikh Mohammed Ben Rashid and finally found expression in the precision and completeness that has made Dubai what it is now.

Dubai is economics in reverse: where supply precedes demand to create the very conditions that trigger the desirable demand. As the central theme in classical economics that “demand creates supply,” Dubai reversed the theme by creating the inviting infrastructure, and thus created “demand.”

To transform a state, a visionary perceives the creation of value — even from the literal nothingness as in the example of the Asian Industrial Tigers. The starting point is the very idea of the creation of value in the abstract sense, and the formidable challenges for its application that are perceived as the very source of value.

A desert location, generally deemed disadvantageous with its often harsh climate, is rendered unique and advantageous when perceived by a visionary who foresees a project as doable and eventually sustainable. This is where the genius of a visionary lies: he is the one who is equipped with exceptional aptitude, drive and energy to turn an idea into a reality. Termed in marketing jargon as positioning,Sheikh Mohammed Ben Rashid took stock of important factors in the surrounding environment and blended them into a unique experience: the new Dubai. This had the potential to create a sustainable, competitive advantage with a tremendous potential of added value.

The Importance of Regional Trade

Behemoth India, only a short flight away from Dubai, is experiencing incredible growth levels. However, the country is constrained by the inherent limitations of bureaucracy and force of tradition. Overall, it is a natural market to cater for. The new Dubai, representing a not too geographically removed shopping and recreational tourist destination, can fulfill the sophisticated consumer needs of the mushrooming Indian middle class strata which possess significant purchasing power and is seeking outlets for consumer spending. The burgeoning and increasingly higher-value economy of India justifies the creation of the services that complement and caters for some needs of the growing Indian economy. The new Dubai appears to partly answer those needs.

Key in this respect is Dubai's long history of trade with India, and the presence of Indian entrepreneurs residing in Dubai who play an instrumental networking role in the advancement of economic ties between the Emirate and the Indian sub-continent. With such ties, Dubai, in its new visionary creation, enjoys an advantageous position as a high-value economic sourcing destination for India.

Another economic behemoth, Saudi Arabia, the world’s largest exporter of petroleum, is a wealthy nation with huge surplus funds. Riyadh seeks investment outlets regionally and internationally. This holds true at both the individual consumer level as well as the macro-corporate level. The openness and variety of consumer products and services available in Dubai make the city a natural local outlet; a breathing space to enjoy at a crow’s flight for the much more traditionally and socially restrictive environment of a more populous Saudi Arabia which is awash with wealth.

Neighboring Iran, which is never that open, especially in times of trade sanctions imposed by western powers, has also chosen Dubai as a traditional trade partner. This development adds a much higher value to the Dubai economy as it meets some of the economic needs of the much larger, oil-rich Iran.

As is true in all situations of carefully and closely nursed projects of development and increasing specializations, the new emerging reality creates the uniqueness and the critical mass that builds a life and a momentum for Dubai of its own over time. This renders that reality even increasingly more unique with yet further added distinct values and competitive advantages that accumulate to further reinforce the uniqueness of Dubai. The Emirate appears to increasingly be classified under that definition.

One should not overlook the fact that Dubai was created with minimal commensurate material resources. It is a unique creation. Dubai stands as a testimony to the genius of Sheikh Mohammed Ben Rashed Al-Makhtoum. A creator who is no less endowed in his creative genius than the masters who shaped the universe of creations — from soul enriching eternal melodies to paintings and architectural splendors. Creations which culturally and spiritually enchant humanity to this day. 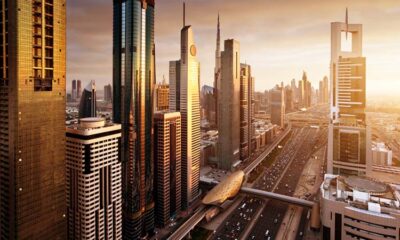 Why Is Dubai So Rich? 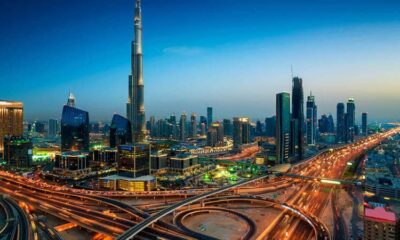