The wars in the Middle East have caused much destruction and left millions of victims, especially young girls and women.

While the media often focus on cases like Malala Yousafzai, a Pakistani schoolgirl who was shot by the Taliban in 2012, they often forget the many girls and women whose rights and education have been stripped away by Middle East interventions.

For every Malala, there are hundreds of thousands of girls and women whose freedoms and education have been eradicated. From Iraq and Libya to Syria and Yemen, women’s rights have taken a huge setback. In these war-torn countries, women have been subjected to the worst of violence.

In Libya, when Colonel Muammar Gaddafi took power in 1969, most women were not university-educated. But by the time of his death, more than half of university students were women. To arrive at this point, he passed laws that ensured equal rights for women in pay, education, divorce and property ownership. His work in raising the status of women was even recognized by the United Nations Human Rights Council.

Before Gaddafi’s body was even cold, then-Chairman of the National Transitional Council (NTC) Mustafa Abdul Jalil called for the legalization of polygamy, alienating many of the women who took part in the Libyan Revolution of 2011. Did Libyans die and have their homes burned down just so a man could have four wives?

From then on, things went in a downward spiral. Women have effectively been silenced, some by the barrel of a gun, including prominent activists who supported the NATO-led campaign that ended Gaddafi’s rule, like Salwa Bugaighis, a lawyer and former member of the NTC, who was murdered in her house in Benghazi in June 2014.

Today, many Libyan women have long abandoned the revolution that their sisters gave their lives for. In 2016, five years on, Libya has terrorist groups and tribes running different parts of the country—gangs that have no real roles for women in their versions of a new Libya.

Iraq was another country where women once enjoyed one of the highest statuses in the Arab world. Many benefitted from great education and work opportunities. Women once formed half of the public sector workforce and doctors in the country. However, during Saddam Hussein’s rule, over a decade of United Nations-imposed sanctions—which had a devastating impact on the health and education sectors—weakened their status.

Still, things were not as bad as the turn they took in 2003 following the US-led invasion and occupation. The fall of Saddam gave rise to tribal and extremist groups that interpreted laws according to their own customs and religious rulings. Women have since suffered in employment and family law, and have seen basic freedoms curtailed due to increased violence from the various groups all competing for power.

In a CNN article, Iraqi author and women’s rights activist Zainab Salbi writes: “I grew up in Baghdad with a working mother who drove herself to the office and always told me that I could do anything I wanted with my life. My mother’s friends were factory managers, artists, principals and doctors.

“It has been just over 20 years since I left Iraq. Today, female college students ask me if it is true that the streets of Baghdad were once full of women driving, that women could walk around in public at all times of the day without worry, that university campuses were once filled with women who did not wear headscarves.”

As Iraq struggles with poverty, families are selling their daughters, with reports of girls as young as 9 being married off. Conditions are even worse in the parts of the country controlled by the Islamic State (IS), where women are sold in slave markets and subjected to unimaginable violence.

A similar picture is presented in neighboring Syria, where women are faced with violence, harassment and sexual exploitation. Women and children make up the majority of displaced Syrians. Escaping warzones does not mean an end to violence. There are thousands of Syrian refugee women whose husbands either disappeared or were killed in the conflict. And it is these women who are particularly vulnerable to sexual harassment and exploitation in refugee camps and cities in neighboring countries. Refugee women struggling to make ends meet are often exploited by local men who offer services and financial assistance in exchange for sex.

In Lebanon, high costs have prevented many Syrians from renewing residence permits. A recent Amnesty International report states: “It was very clear to the women we spoke to that the harassment and exploitation they face is made even worse by the fact they have nowhere to turn to for help and protection because they lack valid residence permits.”

Those who remain in Syria are subjected to violence and brutality, particularly in areas controlled by terrorist organizations like the Islamic State and the Nusra Front. In the areas that these militant groups control, women are not permitted to leave their homes without a male relative, and as most men are fighting or have died, this effectively leaves women locked up indoors.

The wars in the Middle East have caused much destruction and left millions of victims. While most of us find it difficult to see any positive results from these conflicts, it is perhaps easier to identify the worst effects and consequences—and that’s the impact on women and children. The very people we are often told are being saved. 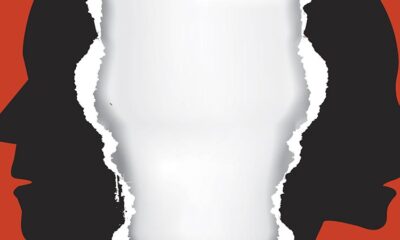