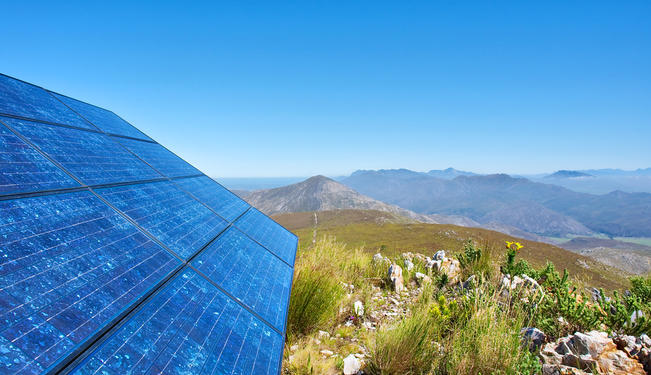 On his recent trip to Africa, US President Barack Obama announced his Power Africa initiative to spend $7 billion over five years to fund an electricity program in sub-Saharan Africa that includes geothermal, hydro, wind, and solar power. Critics have attacked the plan from all directions: It is too small and does not involve a long-term commitment; it does not give enough attention to solar power; it does not deal with distribution issues; and it does not focus enough on cleaning up conditions that keep the global private power industry wary of investing in Africa — “poorly enforced property rights, corruption, and patchy enforcement of the rule of law.”

A Much Needed Project

Yet no one denies the need, as nearly 590 million people lack access to power in sub-Saharan Africa. Ironically, “indoor air pollution from wood stoves now kills 3.5 million people per year, more than AIDS and malaria combined.” In some cases, US regulations will have to be changed to support the initiative because certain environmental rules restrict the US’ Overseas Private Investment Corporation (OPIC) from funding projects that emit greenhouse gases. Due to the rural locations of many of those in need, renewable energy, according to the International Energy Agency, “could be the most cost-effective option for expanding energy access in about 70 percent of rural areas in developing countries.” One solution already provided by the US company SKYei, is the installation of mini-grids powered by a hybrid of solar and gas that are inexpensive and well suited to rural areas.

So far, Ethiopia, Ghana, Kenya, Liberia, Nigeria and Tanzania have signed up for the first round of projects. Andrew Mayock of the Millennium Challenge Corporation (MCC) believes the initial fund of $7 billion, which has already attracted an additional $9 billion in commitments from private sector investors, could grow to $30 billion in energy infrastructure investments annually.

Leading by Example: Morocco and WAPP

While Power Africa moves forward, there are burgeoning opportunities across the continent in Central and West Africa. The Economic Community of West African States (ECOWAS), through its West Africa Power Pool (WAPP), has made regional power grid access a priority for the next decade. The WAPP intends to integrate the various national power systems “into a unified regional electricity market – with the expectation that such mechanism would, over the medium to long-term, assure the citizens of ECOWAS member states a stable and reliable electricity supply at affordable costs… facilitating the balanced development of diverse energy resources… for their collective economic benefit, through long-term energy sector cooperation, unimpeded energy transit and increasing cross-border electricity trade.”

It should come as no surprise that Morocco is a significant player in WAPP through its close ties to ECOWAS and revived leadership of the Community of Sahal-Saharan States (CEN-SAD). More importantly, Morocco is a strong partner for energy development due to its dominant role in Africa when it comes to investing in renewable energies. It has been successful in bringing electricity to 98% of its rural areas and there are strong logistical ties between Morocco and the countries in Central and West Africa.

Trends in energy consumption and production favor a strong regional grid between Morocco and its neighbors to the south. Given the expanding utilization of its national resources for local projects, the region is collectively demanding more efficient and productive investment in all types of infrastructure. With this strong commitment to economic and human development, more reliable energy supplies are a core requirement. Reliable energy is an enabler and multiplier of opportunities across many sectors and is a key driver in attracting foreign direct investment, creating jobs and enhancing stability.

"The development of Africa’s electrical power sector is a prerequisite for growth in other industries. A regular, consistent power supply will do much to attract foreign investment and entice international companies to establish operations in Africa… Power sharing has become more prevalent in the African electrical power context in recent years… [as] neighboring countries have seen benefit on the sharing of electricity… countries with limited or unreliable power generation capacity will now have access to power, without the intensive capital investment required to construct new facilities.”

Despite the fading demand from the European leg of the Desertec project, which linked renewable energy from the Maghreb to European customers, it is now obvious that, given projected high growth for sub-Saharan Africa, Morocco’s strategic investments in renewable energies and extension of its power grid southward will provide a critical backbone for regional energy distribution. Given the already extensive inputs in power generation and distribution in West and Central Africa, the US should consider broadening its Power Africa program in partnership with Morocco to accelerate the delivery of sustainable energy along the north-south power corridor in the region.

*[This article was produced in collaboration with Morocco on the Move, and represents the views of the author and not the perspectives of the Moroccan American Trade & Investment Center.]