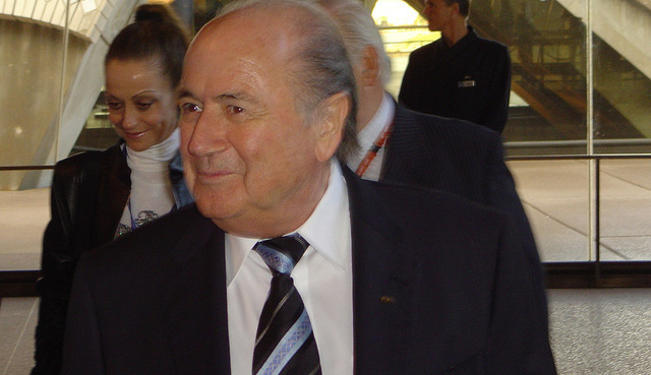 In a June 12 letter to Israel Football Association president Avi Luzon, Mr. Blatter expressed concern that Mr. Sarsak and two other Palestinian players were being “illegally” detained “in apparent violation of their integrity and human rights and without the apparent right of due process (trial).”

Mr. Blatter called on the IFA “to act with the utmost urgency” given “the graveness of the … situation” to “draw the attention of the competent Israeli authorities to the present matter with the aim of ensuring the physical integrity of the concerned players as well as their right for due process.”

Mr. Blatter’s letter came in response to a June 9 letter by Palestinian Football Federation president General Jibril Rajoub bringing the plight of the Palestinian players to the FIFA president’s attention as well as a statement by FIFpro and a letter to British sports minister Hugh Robertson written by prominent sports, cultural and academic figures.

By writing the letter, Mr. Blatter has added significant weight to calls for the release of the Palestinians. The letter also serves to ensure that the FIFA president is seen to have stood up for the rights of Palestinian players should Mr. Sarsak die as a result of his pro-longed hunger strike. The letter contrasts starkly with the FIFA president’s past reluctance to consistently take a stand against political interference in soccer in the Middle East and North Africa or the violation of player’s rights.

By contrast in its statement demanding the release of Mr. Sarsak, FIFpro asserted that players in Palestine often do not have full freedom of movement. “The freedom of movement is a fundamental right of every citizen. It is also written down in the FIFA Regulations that players must be allowed to play for the national team of their country. But actually for some footballers it is impossible to defend the colours of their country. They cannot cross the border. They cannot visit their family. They are locked up. This is an  injustice,” the statement quoted says Philippe Piat, FIFPro’s vice-president and president of FIFPro Division Europe, as saying.

Mr. Sarsak was put in administrative detention in 2009 as an “unlawful combatant” and has been held since without being charged. Israel has so far declined to say why Mr. Sarsak was detained at a military checkpoint as he was travelling from Gaza to the West Bank to join a Palestinian soccer team on the West Bank, according to General Jibril’s June 9 letter. General Jibril said Mr. Sarsak was interrogated over a 30-day period before being imprisoned without being formally charged or put on trial. Israeli sources privately suggest that he is suspected of being a member of Islamic Jihad, a Gaza-based militant Palestinian group.

A 25-year old soccer player from the Gaza city of Refah, Mr. Sarsak has been on hunger strike together with Akram al-Rekhawi, an imprisoned diabetic, and Samer al-Barq. The three men refused to join hundreds of Palestinians in Israeli jail who ended their hunger strike on May 14 in demand of improved prison conditions because they were not included in an Egyptian-mediated deal.

Human rights groups said Israeli officials had promised to release Mr. Sarsak on July 1 if he agreed to end his hunger strike, but refused to put the offer in writing. Israel agreed as part of the Egyptian negotiated deal to more family visits, an end to solitary confinement and limits to a controversial policy that allows Israel to imprison people for years without charge. Militant Palestinian groups Hamas and Islamic Jihad pledged in exchange to halt all attacks on Israel.

Mr. Sarsak’s continued hunger strike amid reports that his deteriorating health has made him blind focuses attention on the plight of several imprisoned Palestinian soccer players and threatens to dash Israeli efforts to prevent a potentially explosive situation that could be sparked by Palestinians dying in Israeli custody.

Messrs. Sarsak and Al-Rekhawi implicitly acknowledged that it could take their death to galvanize public support for the plight of Palestinian soccer players and the remaining hunger striking prisoners. In a letter published last week, the two men said: "There is still enough time, and the support that comes late is better than that which does not come at all. It is better that you receive us alive and victorious rather than as lifeless bodies in black bags. Our people, our leaders in Gaza, in the West Bank and outside, and freedom loving people of the world, we cry out to you, and to all people in the world who believe in the justice of our cause: do not abandon us to the vindictive hands of the jailers to take what they want from our frail bodies."

Islamic Jihad’s armed wing claimed responsibility for a foiled attack on Israel last week in which an Israeli soldier and militant were killed. The group’s Saraya al-Quds (Jerusalem Brigades) said in a leaflet that one of its fighters, Ahmed Abu Nasser, was killed as he tried to cross into Israel from Gaza to kidnap Israeli soldiers. The group wanted to exchange the soldiers for Messrs. Sarsak, Al-Rekhawi and Al-Barq.

Israel last year released more than a 1,000 prisoners in a deal with Hamas while at the same time strengthening controversial Jewish settlements in the West Bank. Mr. Abbas has refused to restart peace talks with Israel as long as it rejects a halt to its settlement activity. Hamas has long called for a long-term ceasefire while Israel effectively blocks the restart of stalled peace talks despite maintaining that it is seeking to negotiate a definitive end to its decades-old dispute with the Palestinians.

Israel returned late last month the remains of 91 Palestinian members of Hamas and Islamic Jihad, most of them killed while carrying out attacks against Israelis, in a move described by Israeli officials as a gesture intended to help bring the Palestinians back to peace negotiations.

Mr. Sarsak is one of three Palestinian soccer players in Israeli detention. In contrast to Mr. Sarsak, Israel has said that it arrested Olympic soccer team goalkeeper Omar Abu Rwayyes and Ahmad Khalil Ali Abu El-Asal, who plays for the Aqabat Jaber Palestinian refugee camp soccer team, on charges of having been involved in a shoot-out in January with Israeli troops. The Israeli military said the two men were among 13 people arrested following an attack on Israeli troops in the Al Amari Palestinian refugee camp near the West Bank town of Ramallah. 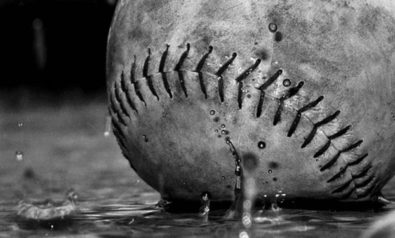