On April 14, a Turkish military base in Bashiqa, some 20 kilometers northeast of Mosul in northern Iraq, was a target of a missile strike that killed a Turkish soldier. The attack happened on the same day that an explosives-laden drone targeted Erbil International Airport in the Kurdistan Region of Iraq (KRI). The drone strike was claimed by an Iranian-backed Iraqi Shia militia, Saraya Awliya al-Dam, which is known to have close ties with Kataib Sayyid al-Shuhada and Kataib Hezbollah militias that are part of Hashd al-Shaabi — an Iranian-backed Iraqi militia umbrella group also known as the Popular Mobilization Forces (PMF).

The Bashiqa attack, however, is yet to be claimed. According to a statement by the deputy governor of Mosul, Rafet Simo, the rocket launchpads targeting the base were found in the area controlled by the 30th brigade of Hashd al-Shaabi, indicating a link. Iraqi Prime Minister Mustafa al-Kadhimi, who places emphasis on sovereignty as essential for national recovery, wants to develop relations with regional actors and curb Iran’s influence in the country. In this context, as Turkey and Iran try to expand their economic and political footprint in Iraq, they also face various security issues.

Ankara has been conducting drone attacks in Sinjar, in northern Iraq, against the Kurdistan Workers’ Party (PKK), which the US, the UK and Turkey designate as a terrorist organization. In its support for the Sinjar agreement signed in October 2020 between Iraq and the Kurdistan Regional Government (KRG) with the aim to remove the PKK and Hashd al-Shaabi from the area, Turkey has repeatedly stated that it will not allow Sinjar to become a second Qandil, referring to the PKK’s strongholds in the northern Iraqi mountains.

On February 10, Turkey’s military operation on Gare mountain, northeast of Duhok in Iraqi Kurdistan, against the PKK was considered to be a warning of a potential operation in Sinjar. Following the events in Gare, Turkish President Recep Tayyip Erdogan said, “We may come there overnight, all of a sudden,” referring to Sinjar.

Considering the fact that Hashd al-Shaabi has employed local PKK militias within its cadres, any threat coming from Turkey to the PKK’s existence in the region closely affects the intense relationship the two groups have forged in Sinjar. The Gare operation is thus a concern both for the PKK and Iran-backed militias. After Turkey escalated its warnings of a potential operation in Sinjar, Iran-backed militia groups also have adopted a more threatening tone toward Ankara. Qais al-Ghazali, the leader of Asaib Ahl al-Haq, stated that a Turkish deployment in Iraq would be more threatening than a continued US presence, adding that if Ankara intervenes in Sinjar, the group would pick up arms.

The threats from Iran-backed militant groups against Turkey match Tehran’s stance on the issue. Iran’s ambassador to Iraq, Iraj Masjedi, strongly opposes Turkey’s military presence in Iraq and its policy in Sinjar, and has demanded that Ankara withdraw troops from the country.

Less than a week after the attack, Turkish Foreign Minister Mevlut Cavusoglu blamed Hashd al-Shaabi for the Bashiqa attack but without mentioning the PMF directly: “We know who is behind those who carried out these attacks. Those who carried out these attacks are the militias supporting the PKK, which cooperates with the PKK in the Sinjar region.” The attack indicates that Shia militias have augmented their verbal threats against Turkey to concrete actions. This may be a way to force Ankara into a military conflict with official Iraqi forces in an attempt to further complicate Turkish military existence in Iraq.

In addition, the Bashiqa attack is a warning that if Turkey attempted to gain control of any region below the KRG-controlled area, such as Sinjar, this would be a red line for the militias. The attack also coincided with the upcoming reopening of Turkey’s Mosul consulate. It would not be far-fetched to say that Iranian-backed militias might have indicated to Ankara that Mosul would not be a safe place for its geopolitical ambitions.

The timing of the Bashiqa and Erbil attacks may indicate the militias’ dissatisfaction with the growing understanding between Ankara and the KRG, given that the two sides are demanding the implementation of the Sinjar agreement by urging the PKK and Hasd-al Shaabi to leave the region. In addition, the latest diplomatic developments in the Middle East have seemingly made Iran feel left out in the region. It is no secret that Iran is concerned about the normalization steps between its two long-standing rivals, Israel and the Gulf monarchies, as well as Iraq’s increasing diplomatic relations with Saudi Arabia, United Arab Emirates, Egypt and Jordan.

Also of concern for Tehran is the rapprochement between Turkey, Egypt, Saudi Arabia, the UAE and Israel alongside the allegations that Turkey is helping the Saudi war against the Iran-backed Ansar Allah (Houthis) in Yemen.

A day before the twin attacks, news circulated in the Iranian media that a base in Erbil belonging to Israeli intelligence was targeted, without mentioning who the attackers were. Both the attack and the existence of an Israeli base in Erbil were firmly rejected by Kurdish officials; Israel has not commented on the allegations. However, Iran-backed militias in Iraq have several times criticized the government of Iraqi Kurdistan for its relationship with Tel Aviv and for hosting Israeli bases within its borders, particularly after the 2017 independence referendum that was openly supported by Israel. The attack on an alleged Israeli base came after the strike against Iran’s Natanz nuclear site on April 12 that Tehran blamed on Tel Aviv.

In January, Iran-backed militias launched an attack with explosives-laden drones from Iraqi territory against the Saudi royal palace in Riyadh. The latest attacks on the airport in Erbil, which hosts US coalition forces, the Turkish military base in Bashiqa and a possible attack on a suspected Israeli base suggests that militia groups will target any actor who they think operates against Iran’s interests in Iraq. Instrumentalized by Iran, Iraqi militias’ increasing attacks on foreign actors will no doubt negatively influence relations between Iran and the countries being targeted, drawing them closer together in an anti-Iran bond. 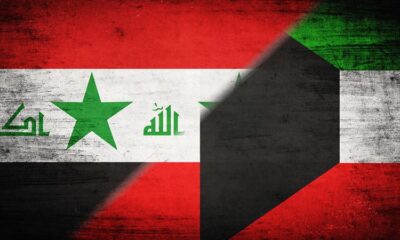