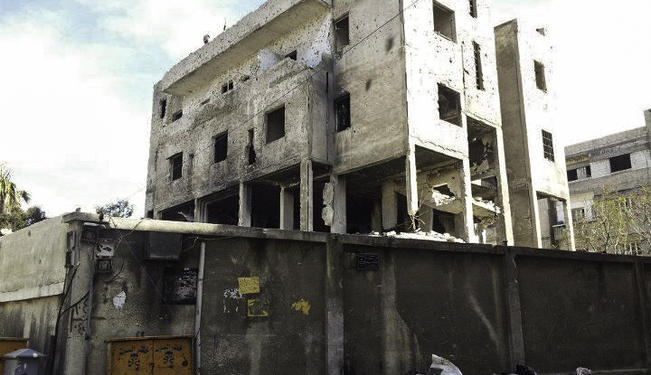 The inevitable collapse of the Syrian regime could potentially have a problematic effect on neighboring countries due to Assad's relationship with members of al-Qaeda in Iraq.

It is difficult to speak of terrorism in Syria without first outlining how the concept has benefited besieged autocrat Bashar al-Assad himself. Assad's government has been presenting itself as a stabilizing force in Syria amidst the ongoing violence. As such, the regime has always had an interest in manufacturing an atmosphere of chaos. The Syrian government has taken steps to build this narrative through the terrorist group, the Front for the Protection of the People of the Levant, or al-Nusra.

The Iraqi Foreign Minister, Hoshyar Zebari, recently argued that al-Qaeda in Iraq members have been rapidly migrating to Syria and joining al-Nusra. Significantly, Al-Qaeda in Iraq was previously supported by the Assad regime during the Iraq War, as confirmed by the defected Syrian Ambassador to Iraq, Nawaf Feres. Feres, also a former security chief, claimed that these channels are now being reversed to facilitate al-Nusra's attacks against civilians in Syria, with the Syrian government ordering many of the attacks.

The ongoing rebel offensive has made this strategy increasingly problematic. The Free Syrian Army (FSA) has attacked Syrian-Iraqi border posts, including those in the Oqaydat tribal area through which most material and logistical support passes. Even if Assad manages to fully retake the posts, al-Nusra's inability to maintain logistical and material support from Iraq will effectively starve the group, as violence continues. As many commentators have noted, the Assad regime cannot rely on petrodollar reserves to support its security forces like its neighbors. Even with Russian and Chinese backing, it remains to be seen whether Syria has the ability to both fund a civil war and also paramilitary "faux-opposition" groups including al-Nusra.

However, in many regards, there is no turning back. After the recent attacks on high-ranking regime officials by the opposition, and growing international support for the rebels, the collapse of Assad's regime seems almost inevitable. Al-Qaeda in Iraq should now be considered within the wider region, as al-Nusra's agents will not disappear after the Syrian Civil War ends. For instance, Al-Qaeda veteran Abu Musab Al-Suri, also known as "The Mufti of Murder," was released from a Syrian prison by the Ba'athist regime. Moves such as these cannot be undone, as these agents will fight for the terrorist organization's existence. Al-Qaeda's relevancy in regional affairs has been severely challenged since the Arab Uprisings began, and figures such as al-Suri will be eager to restate it. It is, therefore, imperative to consider what will happen if the previous Syria-Al-Qaeda in Iraq channels are fully revitalized and directed towards Baghdad once again.

Considering that Iraq continues to suffer from sectarian and class-based violence, this precedent shows the problematic effect the situation in Syria could have on neighboring states. Even material support for the FSA, through weaponry and munitions, could eventually be co-opted by the Iraqi insurgency through such mechanisms as the black market. It is therefore crucial to not think of Syria as an independent battleground. The future of Iraq is likely tied to how the Syrian Civil War evolves.