Will Saudi Arabia’s ambitious vision for a desert megacity help bring about a new future for the kingdom?

In October, Saudi Arabia’s Crown Prince Mohammed bin Salman (MBS) unveiled Riyadh’s plans for NEOM, a futuristic desert city that he hailed as a “civilizational leap for humanity.” Situated next to the Red Sea and the Gulf of Aqaba, the NEOM zone is close to major maritime trade corridors via the Suez Canal and has potential to further deepen economic links between multiple continents. NEOM will feature the future King Salman Bridge, connecting the city, which is expected to become 33 times bigger than New York, with Egypt and, by extension, all of Africa.

The area allocated for NEOM will encompass roughly 10,000 square miles, stretching into Jordan and including the Red Sea islands Sanafir and Tiran, recently ceded to the kingdom by Egypt. Despite the challenges of making this project a success, the Saudi leadership envisions NEOM becoming a centerpiece of the Fourth Industrial Revolution (FIR) and innovation, ensuring that the kingdom completes a necessary social and political transition.

NEOM comes from the Latin word for “new” (neo). The final “m” stands for the Arabic word for “future” (mostaqbal). The project, which MBS stated will be built by “people who live in the desert” who possess “colossal will, determination and drive,” will be a part of a new Saudi framework. In addition to domestic and foreign investors, the Saudi government will back NEOM with more than $500 billion, and the kingdom’s sovereign wealth fund — the Public Investment Fund (PIF) — will support the futuristic project. MBS spoke of a new type of capitalism, seemingly based on updated Thatcherite principals.

NEOM, which is to open by 2030, will rely heavily on the food, entertainment, energy, water, manufacturing and biotechnology sectors, but most importantly the city is promised to feature state-of-the-art Artificial Intelligence (AI), drones, nanobiology labs, solar panels, hyperloops, luxury retailers and first-rate restaurants. In line with MBS’ plans to address climate change, NEOM is intended to inspire a “new generations of cities” with clean energy powering the urban landscape.

SoftBank Group Corporation’s Vision Fund and PIF signed an initial agreement to purchase a large stake in the Saudi Electricity Company that will provide the energy required by NEOM. Saudi Arabia’s government began investing in Softbank Vision Fund to the tune of $100 billion to pave the way for the information revolution’s next chapter.

NEOM fits into MBS’ plans for leading Saudi Arabia on its “return” to “moderate Islam,” with a less strict version of Sharia law and gender mixing encouraged under this new city-state model. The Red Sea Coast Resorts (RSCR), situated south of NEOM on the kingdom’s Red Sea coast, will be made up of luxury resorts, covering as many as 50 islands and 13,127 square miles. This area between the cities of Umluj and al-Wajh is larger than Belgium and is set to become a tourist hotspot. RSCR and NEOM, which will be Saudi Arabia’s largest construction projects to be achieved in progressive steps set for 2022 and 2030, promise to make the Red Sea locale in Saudi Arabia a vibrant and busy regional trade hub that attracts tourists and businessmen from all corners of the world. To make the zone more attractive internationally, there will be looser social rules, with alcohol legalized in RSCR.

Both NEOM and RSCR have the potential to transform the Red Sea into a thriving regional hub that boosts the Hijaz’s regional and international standing as a travel destination for tourists and business entrepreneurs alike. Also, with Saudis making major investments outside the kingdom, NEOM represents an opportunity to counter the decline of the oil-rich country’s GDP, as oil prices remain controlled by the Saudi-Russian agreement, by encouraging domestic investment to minimize GDP flight that has resulted from minimal opportunities to invest in Saudi Arabia. Added to the equation is the Hajj and Ummrah industries, which will fuel further revenue and economic growth, helping to diversify the Saudi economy beyond its traditional hydrocarbon sector. By 2030, no matter what the path, the kingdom sees its geo-economic center in these three projects.

Naysayers are recalling Saudi Arabia’s past attempts at grand projects. In the mid-2000s, King Abdullah recognized that to succeed in the future, Saudi Arabia must adopt visionary policies, break with the country’s ultra-conservative tradition and dispense with the shackles of oil dependency. The construction of six “economic cities” under his leadership was designed to enhance economic competitiveness, create new jobs and diversify Saudi Arabia’s economy. However, even before the plummeting of oil prices in 2014, these cities’ progress came slow, primarily due to the kingdom’s lack of an efficient economic model capable of reversing Saudi Arabia’s ministerial inertia enough to make grand objectives set forth by King Salman’s predecessor a reality. The announcement of NEOM raises serious questions about how realistic such dramatic change can be in the kingdom while also drawing attention to the plethora of issues that continue to plague it.

Yet, in the NEOM case, MBS and his team are setting out a vision for the fourth Saudi state. The aptly named NEOM stands for a new operating model, a fundamental adaptation to new realities. The kingdom’s new operating model is Vision 2030, which foresees Saudi Arabia both as the epicenter of the Middle East’s economic future and also as a global leader in embracing the FIR’s fusion of technologies that blurs the lines between the physical, digital and biological spheres. For having the tenacity to embrace NEOM as the centerpiece of the kingdom’s future, MBS deserves credit, for he sees NEOM not only as a near-term objective, but also as a springboard that he hopes will secure a strong position for Saudi Arabia in the global economy for the long term.

Due to the Saudi youth bulge, NEOM raises major social questions regarding the social ramifications of high unemployment rates amid an era of accelerated automation jobs. Naturally, the issue of labor under the kingdom’s National Transformation Plan is to be dealt with as Saudi Arabia embarks on a new course for economic development, with greater centralized authority placed in the hands of individual leaders and more capital being directed at public programs with the aim of improving the overall economy and standard of living for the kingdom’s citizenry. The RSCR is expected to create 35,000 jobs, according to Saudi officials.

The FIR is already disrupting national economies worldwide, but not every country has the financial resources to take advantage of advancements in technology that are drastically changing the international economic system. Despite being the world’s oil-richest country, NEOM’s price tag will be steep even for Saudi Arabia. Given the project’s grand objectives, the $500 billion MBS has already committed to making NEOM a reality is a conservative estimate. Indeed, financing NEOM may prove immensely difficult as the kingdom, which depends on the hydrocarbon sector bringing in 90% of national revenue, is already burdened by a persistently low price of oil, substantial entitlement obligations to its citizens and financial commitments to existing projects.

Although in the future, funding for NEOM could come from sources of wealth outside the hydrocarbon sector, for at least the near term the futuristic city will be financed by petrodollars. Thus, the price of oil in upcoming months and years will determine how easily the Saudis will finance the first stages of this grand project. Other factors that will undermine Riyadh’s ability to finance NEOM and other pillars of Vision 2030 include the Saudi Aramco IPO’s recent setbacks and the costly quagmire in Yemen.

Saudi Arabia is promoting international investment to fund NEOM, and a number of investors have already expressed interest. On the heels of King Salman’s visit to Moscow in October, Russia’s sovereign wealth fund, the Russian Direct Investment Fund, said it will commit billions of dollars toward bringing Russian companies that specialize in AI, port infrastructure, high-speed transportation, health and education to NEOM.

Yet where this money may come from remains to be seen. British business magnate Richard Branson has spoken of building hotels in the city, and Japan’s SoftBank Vision Fund is already active in the kingdom. Yet to secure sufficient amounts of foreign investment and successfully position NEOM as a global hub, the Saudis must make their country an attractive destination for international businessmen and investors. Security risks stemming from the Yemen crisis’ spillover into the kingdom’s territory and problems with Saudi Arabia’s brand in Western countries will challenge the Saudi leadership to do so in an effort to achieve NEOM’s full potential.

NEOM is a dream that adds excitement and impetus to Vision 2030. Of course, there is risk involved throughout numerous areas, from finance and insurance to construction, in addition to the multifaceted impacts that this project will have on Saudi society. Even if rocky, the path will be necessary as Saudi Arabia embarks on a revolutionary transformation.

*[Gulf State Analytics is a partner institution of Fair Observer. The article was updated on November 1, 2017.] 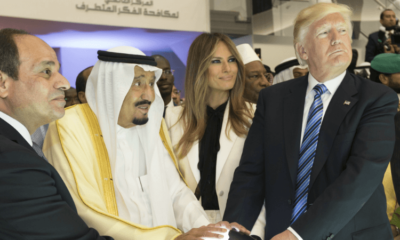 Israel, Palestine and the Greatest Deal Ever 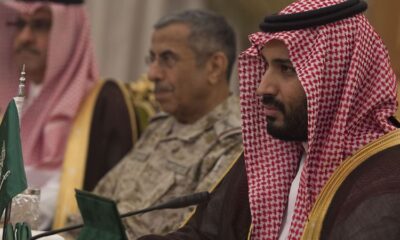 The Rise of Mohammed bin Salman