Countries like Lebanon are bearing the brunt of the Syrian conflict. Manuel Langendorf reports from a refugee camp near the Syrian border.

On a sunny day in the Jaharriyeh refugee camp in Lebanon’s Bekaa Valley, winter might seem far away. But for the 250 Syrian families living here in tents less than 20 kilometers from the Syrian border, it is coming.

Camp leader Ali is unequivocal when asked whether its inhabitants are ready for winter. “No, nothing has changed from the last year and we are not prepared,” he tells me. In 2014, several people, including children, died during the winter months. Even a superficial look at the tents, rebuilt after a devastating fire hit the camp last June, reveals they won’t provide much shelter when temperatures drop.

In November, Salam LADC, a Lebanese organization working with refugee and host communities predominantly in areas close to the Syrian border, partnered with students from the Lebanese-Armenian Haigazian University to distribute winter hats in the camp as part of efforts to prepare for the cold months.

As people lined up with sheets of paper in their hands noting how many family members they had, members of the university’s Desert Stream Club played games with the children, punctuated by chanting and groups of kids playing football. As a tour around the camp shows, there is not much for children to do here.

While the increasing flow of refugees to Europe has dominated international headlines over the last year, it is Middle Eastern countries like Lebanon that are bearing the brunt of the refugee crisis caused by the brutal war in neighboring Syria.

A small country located at the eastern edge of the Mediterranean, Lebanon hosts at least 1 million Syrians according to official numbers by the United Nations refugee agency (UNHCR). However, the actual number is estimated to be significantly greater with estimates as high as 1.8 million people. In May 2015, the UNHCR suspended the registration of new refugees as per the instruction of the Lebanese government.

Most of people living in al-Jaharriyeh camp are from Homs, as Oussama Ibrahim, the regional coordinator at Salam LADC in the Bekaa Valley, explains. The camp, which was established in 2012 near the town of El Marj, houses up to 1,300 people in 180 tents—around 400 of them are children.

Ali has been living here for two and a half years. “At the beginning, it started with ten tents,” he says. “Then my relatives came and some other people joined us. Now, there are 250 families and 1,300 refugees in the camp.”

Jaharriyeh camp is only one of countless informal settlements across Lebanon, often erected just at the side of streets next to small communities.

As is the case in other communities, the influx of Syrians around El Marj has put an increasing strain on resources, creating some tensions. But as Joseph Matta, director of Salam LADC, says, problems with the electricity supply and rubbish collection existed before. He goes on to explain that shortages are often falsely blamed on the arrival of Syrians.

“There is more need than capacity” despite support for the refugees from the municipality, he adds.

While this was not the case in El Marj, a mostly Sunni village supporting the uprising against Syrian President Bashar al-Assad, tensions between Syrian refugees and Shia communities are frequently intensified due to different stances on the conflict in Syria, Matta points out.

Imad Salamey, an associate professor at the Lebanese American University, tells me that the Syrian Civil War has led to increased polarization and deepened sectarian divisions in Lebanon between Shias and Sunnis.

Back at al-Jaharriyeh, Ali explains that the camp has grown bigger and bigger, even after June’s devastating fire, as the $40 rent for each tent (and $20 for electricity) is a lot cheaper than renting a room or apartment in the nearby communities. Despite the lower rents, it costs about $1,000 to buy a tent, says Ali.

In order to help the camp be more prepared for potential emergencies, Salam LADC is training an emergency team that can handle smaller crises like another fire or collapsing tents, Ibrahim says. Fifteen people are trained to be part of this team.

Despite these efforts, yet another winter without proper housing will be a tough challenge for those who have fled the war in Syria.

A lack of coordination

While at least three local organizations are coordinating their activities in the refugee camp, such coordination is rather rare, says Sami, a former aid worker who did not want to give his full name due to the sensitivity of the matter. While local nongovernmental organizations (NGO) establish a more direct and responsive relationship with the refugees than international NGOs, there is often a lack of coordination between them, Sami mentions during our meeting in Beirut. There are no formal mechanisms in place for local NGOs to coordinate, leading to possible duplication of assistance in some cases and a lack of assistance in others—for example, handing out too many blankets to a family that is in need of heating material, Sami says.

“It’s not an exaggeration when someone says coordination saves lives, because it honestly does. And coordination has been lacking, especially with local NGOs,” Sami adds. Looking at the roots of this gap, he points not only at competitiveness between local organizations to gain a better reputation—for example, regarding who responds to a larger number of people—but also sensitivities between people leading NGOs.

“Coordination happens sometimes, but it is on an ad-hoc basis, so there is no structure. There is no inter-agency coordination group or committee,” according to Sami, who witnessed the lack of coordination in northern Lebanon in the winter of 2013.

Other NGO workers confirm off the record that relations between local NGOs can be quite personalized and lack a formal structure.

Reflecting on the overall response to the Syrian refugee crisis in Lebanon, however, Professor Salamey offers a different perspective: “In a country of 4 million people, receiving 1.5 million refugees and given this country’s sectarian divisions and government failures in many areas—to be capable … [of hosting] such a number of refugees without totally breaking down is a miracle.”

While noting various problems, including human rights violations, attacks against refugees, and children begging in the street on top of a lack of an official refugee policy, Salamey says, “Given what we’re encountering and how we’re coping with the situation, I think it’s not bad the response overall.”

“I give huge credit to Lebanon and its people for being able to respond and not totally collapse.”

The question nevertheless remains: How much longer can this “miracle” be upheld?

*[A version of this article was originally published by The World Weekly.] 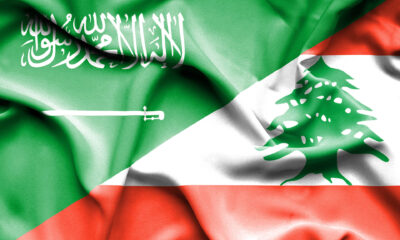 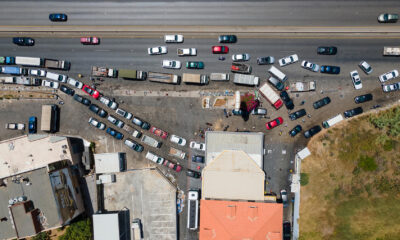 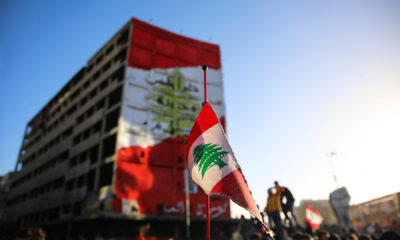