When it comes to the already abysmal Turkish-American relations, Joe Biden’s presidency is being viewed as an ominous train wreck waiting to happen. The president-elect has previously signaled that his administration would “tame” Turkey for policies Ankara has pursued in Syria, Nagorno-Karabakh and the eastern Mediterranean. Moreover, in a sensational video that surfaced last summer, Biden hinted that his administration would provide all necessary tools (with the exception of military equipment) to the Turkish opposition in its endeavor to oust President Recep Tayyip Erdogan, who went ballistic over the revelations.

To make things worse for bilateral relations, in December 2020, Ankara was slapped with the Countering America’s Adversaries through Sanctions Act for the procurement of the Russian S-400 high-altitude defense system. However, there are mounting signs that the Biden administration will be reluctant to tighten its grip on Turkey, which would compel Washington to find ways to work with Ankara.

Denouncing President Donald Trump’s denigration of the transatlantic alliance, Biden underscored NATO’s critical role in US national security, writing in Foreign Affairs last year: “To counter Russian aggression, we must keep the alliance’s military capabilities sharp. We must impose real costs on Russia for its violations of international norms.” The reality for the next administration is that Russia cannot be countered without Turkey being on board, given that its combat-proven military is considered to be a valuable NATO pillar and its unique geopolitical location has historically acted as a bulwark against Russia’s expansionist instincts.

There is the perception that Turkey had drifted into the Russian orbit after the procurement of the S-400 system. However, due to having to frequently work with Moscow, Ankara has single-handedly developed capabilities and has taken steps in the Black Sea region, the South Caucasus and Syria that have proven to be effective in limiting Russian influence.

The 2015 Maritime Doctrine of the Russian Federation clearly prioritizes the Black Sea as a pillar of Moscow’s power projection. In the last two decades, Russia has consolidated its Black Sea presence by annexing Georgia’s breakaway Abkhazia region in 2008 and Ukraine’s Crimea, home to the Sevastopol naval base, in 2014. Other strategic locations include the Baltic Sea and the Alaska region of the North Pacific, where American and Russian militaries frequently come dangerously close to physically clashing.

Last August, two Russian Su-27s intercepted a US Air Force B-52 strategic bomber over the Black Sea, about which General Jeff Harrigan, commander of US Air Forces in Europe and Africa, warned of possible future mid-air collisions. All things considered, Turkey has the means to limit Russian influence and has displayed resoluteness to not let the Black Sea be turned into “a Russian lake.”

In case of Russian aggression, Turkey’s support would be critical to any NATO or US response because of Turkish naval capabilities and responsibility for the straits under the Montreux Convention. The RAND Corporation’s 2018 Black Sea simulation suggests that effective deterrence will require a NATO Black Sea Center of Excellence to be established in Turkey alongside an active use of the Turkish straits. As Sweden’s former Prime Minister Carl Bildt succinctly puts it, “What happens on the Bosporus affects us all.”

Turkey has made moves in the Black Sea by establishing robust political and military cooperation with Ukraine. This particularly drew Moscow’s ire given the ongoing conflict between Russian-backed separatists in the Donbas region of eastern Ukraine. Last year, Turkish drone manufacturer Baykar Makina and the Ukrainian defense company Ukrspecexport signed an agreement involving the development and production of “sensitive technologies in defense and aerospace.” Furthermore, Ukraine is poised to purchase 50 Turkish-made Bayraktar TB2 UAVs, which have a proven record of destroying sophisticated Russian-made arms such as S-300, Pantsir C1 and TOR-M.

The success of the Turkish defense industry in the recent conflict in Nagorno-Karabakh has inspired experts to float the idea that the Ankara-Kyiv military cooperation may very well tip the balance in Donbas and Crimea in favor of Ukraine. Despite the potential of straining relations with Russian President Vladimir Putin, Erdogan has conveyed Turkey’s support for Ukraine’s territorial integrity, a rare area of mutual agreement between Washington and Ankara. Erdogan went so far as to support the Ukrainian Orthodox Church in its row against the Moscow Patriarchate. Finally, Ankara has expressed its full support for the admission in NATO of the Black Sea nation of Georgia, Turkey’s neighbor, a move Putin has declared as a “red line.”

Turkey’s explicit military and political support for Azerbaijan in its decisive victory against Armenia over the disputed region of Nagorno-Karabakh at the end of last year has propelled Turkey to major-player status in the South Caucasus, traditionally Russia’s backyard. For the first time in more than a century — the last time being the Battle of Baku of 1918 — Turkish military is to be deployed to the South Caucasus after Ankara and Moscow agreed to monitor the ceasefire. The uncomfortable reality for Russia here is, at the end of the day, that soldiers from a NATO member country will be present in its “near abroad.” If Russia had been as strong in the region as it was once believed, it could have singlehandedly navigated the Azeri-Armenian conflict without having to concede to Turkey’s demands.

Even more disturbing for Moscow is Turkey’s acquisition of a physical route via Armenian territories to Azerbaijan, which is being dubbed as the Pan-Turkic superhighway, referring to Turkey’s uninterrupted physical link to its ethnic brethren in Azerbaijan and the Turkestan region in Central Asia —  another one of Russia’s post-Soviet satellites. Turkey has, since the fall of the Soviet Union, aspired to establish itself as the leader of the Turkic world. The last thing Moscow would want is to deal with is an ascendant Turkey in Turkestan. As the recent crisis in Kyrgyzstan has shown, Russia may be losing influence there.

Turkey’s rising influence in the South Caucasus has also raised fears in Iran, home to some 30 million Azeri Turks whose secessionist feelings are now stronger than ever after Azerbaijan’s Nagorno-Karabakh victory. With Turkey’s permanent presence in the South Caucasus, Russia and Iran will have to take Ankara more seriously in their regional calculations, particularly in Syria. All things considered, President Putin appears to have accepted Turkey’s broader role in the Caucasus. When asked about the topic on Russian television, he conceded: “What can I tell you. It’s a geopolitical fallout from the downfall of the Soviet Union.”

In Syria, as in the Caucasus, Russia has found itself having to work with Ankara. Through a series of accords like the Sochi Agreements of 2018 and 2019, as well as the ongoing Astana Process launched in 2017, Moscow has had to agree (to a certain extent) to concede to Ankara’s demands. Most importantly, Ankara has been able to keep Russia from employing Grozny-style destruction of Idlib province, the last rebel stronghold along Turkey’s border that is home to some 4 million civilians. When 33 Turkish soldiers were killed in an assault by the forces of President Bashar al-Assad last February, Turkey did not hesitate to retaliate by killing hundreds of Russian-backed Syrian army soldiers and destroying countless Syrian tanks and weaponry, which prompted Putin’s plea for a ceasefire agreement with Turkey.

If President Biden is serious about containing Russia through reinvigorating NATO, he will need Turkey’s geopolitical standing as well as its military and political clout, both of which have grown exponentially in recent years. The Biden administration will soon have to decide whether US national interests dictate a perpetual punitive approach toward the second-largest NATO member or a better understanding of Turkey’s concerns, particularly when it comes to the Syrian YPG (the Kurdish People’s Protection Units) and the need for a high-altitude missile defense system.

Turkey under President Erdogan has grown to be more self-confident. Pushing Ankara away may result in the complete loss of a valuable NATO ally. As James Jeffrey, the former US envoy to Syria, stated, “We really can’t do the Middle East, the Caucuses, or the Black Sea without Turkey.  And, Turkey is a natural opponent of Russia and Iran.” Losing Iran in 1979 cost the United States a strategic foothold in the region. Losing Turkey altogether may cost it Eurasia, where Russia — in tandem with China — has already been steadily building up its standing in defiance of American hegemony. 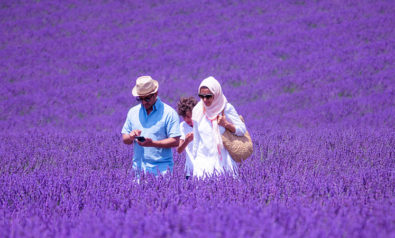 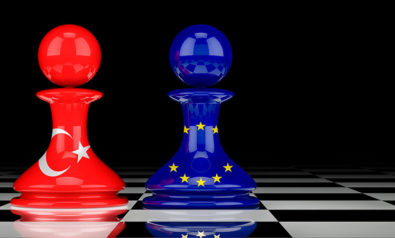 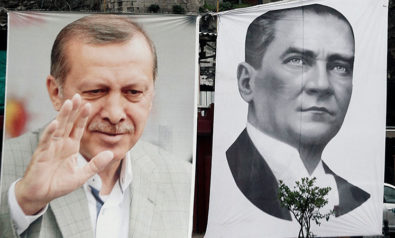