The ailing President Bouteflika is searching for a conspiracy, the one argument he hopes will convince Algerians to elect him to a fifth term. The Daily Devil’s Dictionary reports.

Algeria narrowly avoided being swept up in the Arab Spring in 2011. In its aftermath, every country to the east of Algeria was subject to wrenching, ongoing, unresolvable drama while Algeria managed to continue with business as usual, steering clear of the news headlines.

That doesn’t mean life has been a bed of roses in the former French colony. The iron-fisted security system put in place by the current regime and the fear felt by most Algerians of a possible return to the murderous chaos of the 1990s combined to ensure a certain level of stability and inertia.

With the approach of a presidential election and the announcement that the severely incapacitated President Abdelaziz Bouteflika — first elected in 1999 — will seek a fifth term, Algerians are massively demonstrating in the street. The fireworks of popular protest against a strongarm regime that has, in the past, stifled all forms of dissent have put the nation’s political situation and its deep contradictions back on the front page of international news.

Communicating apparently from his hospital bed in Geneva, Bouteflika praised the population for conducting peaceful protests. To reassure Algerians, he promised that, if elected for a fifth time, he would serve a shortened term and engage a “national dialogue” to prepare constitutional reform, a promise he had already hinted at in 2008 and 2012, but never carried out. It sounded conciliatory but convinced no one.

Then to be clear about how the government would react if the protests continued and threatened the planned election, he evoked his invisible and unidentified enemies: “These circles, which envy our liberty, independence of our decisions and our just positions, have never ceased to conspire against our country.”

To take a position that is not identical to that of the group in power, applied when there are at least two people to take that position

Algeria has been spared thanks to its oil revenues that have kept enough money in the government’s coffers to minimally ensure the peace in recent years, though the falling price of oil has been slowly exacerbating the tensions that have always been present. Journalist Abdou Semmar reminds us of the growing state of incoherency at the heart of the very opaque power structure: “Bouteflika’s decision to stay in power in Algeria since 1999 has brought the regime’s institutions to a collapse through inter-clan fighting for his estate.”

Every commentator mentions the reigning greed and corruption of the “circle” Bouteflika doesn’t mention: his own circle of power. The situation is in some ways similar to Venezuela, but as journalist Akram Belkaïd and historian Malika Rahal underline, Algeria has at least managed to escape threats of external invasion and manipulation.

The rest of world will allow the Algerians themselves to unravel the conflict internally, in strong contrast with Venezuela, where the US is spearheading yet another complex regime change operation in an oil-producing country, not just by applying crippling sanctions and traditional CIA subterfuge, but also by arbitrarily “electing” an unelected challenger to the incumbent president.

Belkaïd and Rahal agree that the demonstrations now taking place in Algeria are having an impact unlike anything seen before. One factor they identify is the diversity of the population participating in the protests. Although it began with students, the crowds have now brought together citizens from every age group and professional class. Furthermore, they share the conviction that a major change must take place transferring power to a younger generation, which makes sense in a country in which young people under 35 represent 70% of the population and suffer the most from unemployment.

That may explain why the latest move of the government has been to bring forward the universities’ spring vacation by 10 days in the hope that the dispersed students will be less likely to mobilize and the rest of the population will have no one to follow. Bouteflika’s threats against imaginary “circles,” however, indicate that if the demonstrations gain momentum, the government will resort to using force to neutralize the influence of “internal and external” enemies of the regime. The internal opposition is obvious, But by adding “external,” it implies that the “internal” opponents — the Algerian people — are being manipulated by foreign adversaries, which in current political parlance implies “terrorists,” from whom Bouteflika must protect the nation.

Algeria once symbolized not just the struggle to end the French colonial system, but also the will to break free from the permanent political and economic political culture that European nations were devising to prolong their economic control of former colonies. That culture still exists across the African continent, as the former colonial powers have found various ways to maintain their economic and political influence.

None has done so more than France, with its notorious Françafrique, a system of “special relationships” between France and its former colonies. It still includes a monetary system, the franc CFA, entirely managed by the Banque de France. Algeria, in contrast, has its own money, the dinar and its own source of wealth: oil.

Its petroleum industry, its fiercely defended independence achieved during its “revolution” and the sense of pride shared by the majority of Algerians have combined in recent times to keep the country stable, though at least one commentator, Professor Kader Abderrahim, prefers to describe it not as “stability, but immobilism.”

At the time of the Arab Spring in early February 2011, in a private conversation this author had with a friend — an Algerian senator who happened to be visiting Paris for a conference — the author asked him whether Algeria risked seeing an uprising similar to what was occurring at that very moment in Egypt. He said he hadn’t excluded the idea of not being able to return the following week, but that, with $154 billion and counting in reserve (at the time), the Algerian government would weather the storm.

Withering oil revenues have contributed to current situation, but withering politicians have turned it into a major crisis. Even with depressed oil prices, Algeria has the means to be prosperous. The energy and increasing awareness and educational level of its youth could be mobilized to diversify the economy, something Bouteflika has long promised but never acted on.

Now that it’s back in the headlines, smart observers will continue to follow the events in Algeria in the weeks and months to come. 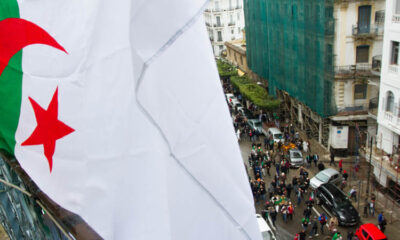 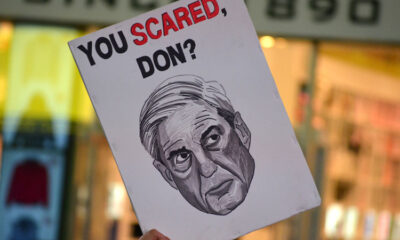 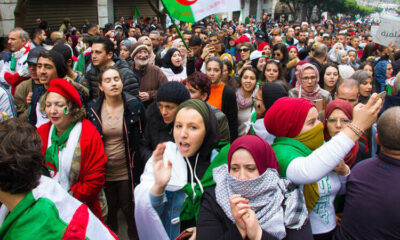