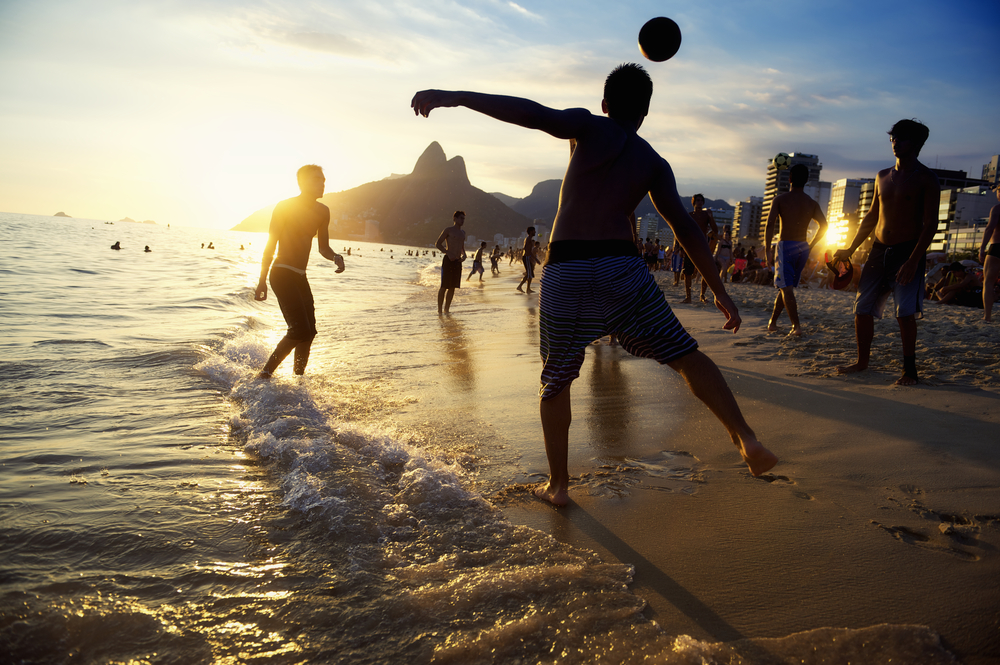 Controversy has marred the World Cup, which threatens to embarrass FIFA and the Brazilian government.

The FIFA World Cup is the biggest sporting event on the planet. Over 3 billion people watched it in 2010 — the fact that 111 million watched the Super Bowl puts this in context. Football, or soccer as the Americans like to call it, is the only truly global game. Its most compelling quality is its combination of simplicity with beauty. Children around the world from South Africa and Chile to Sweden and Japan grow up kicking a ball around. Playing for one’s country is still a great honor and even those nations that do not qualify for the World Cup go crazy over the tournament.

The World Cup is the event where players truly attain greatness. Unless a player dominates this tournament, he fails to enter the realm of legend. The world still gushes over Pele’s performances in 1958 and 1970. Jairzinho scored in every game that Brazil played in 1970, even outdoing Pele, while Garrincha and Diego Maradona defined the World Cups of 1962 and 1986. The Dutch may have lost in 1974 and Brazil might have been knocked out in 1982, but Johan Cruyff and Zico dazzled the world with their skills. Today, Lionel Messi and Cristiano Ronaldo are battling it out to be world’s best player and the finals will define who wins their rivalry. Billions are waiting with bated breath for the tournament to begin in Brazil, the spiritual home of “jogo bonito,” a term Pele used to describe football that means “the beautiful game.”

Brazil is banking that the samba beats and silky skills on the football pitch will energize the country and its ailing economy. Around 500,000 tourists are expected to throng the country. The World Cup is Brazil’s biggest sporting fiesta since 1950, the last time it hosted the tournament. Yet all is not rosy and simmering tensions threaten to break out, even as the world’s greatest sporting spectacle unfolds.

The World Cup is relevant for more than sporting reasons. That it is expected to be the most watched sporting event in human history warrants attention in itself. However, other factors are even more relevant. The tournament is taking place in the backdrop of major controversies. FIFA is reeling under allegations of corruption over Qatar’s hosting of World Cup 2022, where preparations are proceeding apace in the midst of regular reports over human rights abuses of migrant workers. As the World Cup kicks off on June 12, FIFA and the Brazilian government are sweating over three key issues.

First, the scale of corruption and mismanagement of public funds has been staggering, even by Brazil’s lax standards. In 2013, following an increase in bus fares, protesters in Brazil’s major cities took to the streets in anger, even as the country was hosting the Confederations Cup. Overspending on the World Cup by the Brazilian government was a major cause for public anger.

The world still gushes over Pele’s performances in 1958 and 1970. Jairzinho scored in every game that Brazil played in 1970, even outdoing Pele, while Garrincha and Diego Maradona defined the World Cups of 1962 and 1986. The Dutch may have lost in 1974 and Brazil might have been knocked out in 1982, but Johan Cruyff and Zico dazzled the world with their skills.

One stadium in Brasilia cost an astronomical $900 million, triple its estimated amount. The Brazilian government has splurged $11.5 billion on the finals, while South Africa managed to host the 2010 tournament for a mere $3 billion. The government has mishandled public funds and failed to invest in improved transport, education and health care. Corruption has cast a pall over the World Cup in a country with still frightening levels of poverty — 21.4% of people live below the poverty line. Should a poor country host modern day expensive sporting events?

Second, Brazil suffers from inhuman levels of inequality. Wealth is concentrated in the hands of a tiny few who live in picture perfect neighborhoods, whilst the bulk of the country survives in ramshackle favelas, the Brazilian counterparts to Soweto. In the run-up to the World Cup, authorities have been forcefully evicting residents from their homes. The government claims these evictions are unrelated to the tournament. Activists disagree and point out that 250,000 people are in danger of being evicted. Is the World Cup exacerbating inequality in an already unequal country because it demands a global spectacle? Third, security concerns are weighing the World Cup down. President Dilma  Rousseff hopes for re-election in October. Others want to dethrone her. Corruption has angered the public and the specter of mass protests is real. Drugs and crime continue to fester, especially in the favelas. Safety preparations for the World Cup have resulted in street shootings between the police and the drug cartels. In 2012 alone, 1,890 people were killed in police operations that occurred mostly in favelas. As tourists pour into the country, the government has stepped up security. Around 170,000 forces will be deployed across 12 cities.

Despite the massive security preparations, FIFA and the Brazilian government fear that social unrest might spread like wildfire, even as the World Cup kicks off on June 12. Protests and strikes in Brazil’s urban centers have stepped up as the tournament draws near. On June 9, subway workers went on strike in Sao Paulo, where the opening match will be held.

Brazilians love football more than anyone else in the world. Yet they are sick of the corruption, inequality, crime and a lack of public services that pervades the country. Will Brazil be able to host a safe, peaceful and bonito tournament? 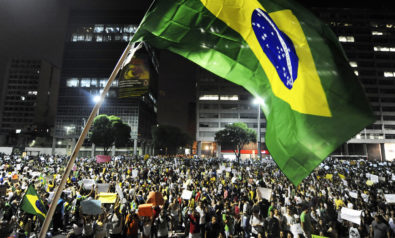 Social Inequality in Brazil: The People, Politics and the World Cup