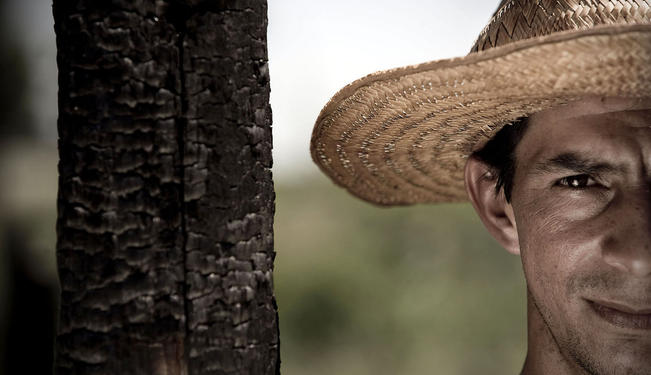 Paraguay's political reign has always been dominated by authoritarian leadership, leaving efforts to build up democratic structures with little chance and little support.

“This people cannot yet be governed except by an iron hand lest anarchy reign.”

Many scholars and experts have described the recent impeachment of ex-President of Paraguay, Fernando Lugo, as a constitutional coup. However, this setback for democracy was one of the least authoritarian mishaps to befall Paraguayan history. The ouster reflects a hauntingly despotic past.

Paraguay’s historical legacy lives. A survey conducted by Latinobarómetro in 2010 says 33% of Paraguayans agreed “in certain circumstances an authoritarian government can be preferable to a democratic one.” By comparison, between 9% and 23% of people polled in other Latin American countries in 2010, said they would endorse a non-democratic alternative under certain circumstances.

In his study of Paraguayan history, Harris Gaylord Warren observed: “Authoritarianism was as deeply engrained among the people as the use of the Guarani language, and any effort to deviate from it entailed serious dangers.”  Indeed, when power changed hands, chaos ruled the land.

Paraguay has gone through several distinct, but equally oppressive eras of political history. The post-independence era featured two despots who, though extremely brutal, did improve the lives of the impoverished peasantry. This era was promptly interrupted by yet another dictator. His ambition provoked the wrath of Brazil, Argentina, and Uruguay, which subsequently annihilated 90% of Paraguay’s male population in the War of Triple Alliance. In the aftermath, periods of anarchy reigned, only to be tamed by an iron fist. Despotic stability came again with the Dictator Alfredo Stroessner, whose 35-year rule finally ended in 1989.

Paraguayan democracy is less than 23 years old and its nature is a product of the same un-democratic institutions that ruled the country since the end of the War of Triple Alliance. Today, the Colorado Party and the Liberal Party control most of the legislature, maintain influence over the judiciary and dominate the nation’s political machinery through a system of patronage.

In order to understand Paraguayan politics today we must travel back to the nation’s inception.

Following independence in 1811, Dr. Jose Gaspar Rodriguez de Francia rose to supremacy in 1814. The most educated man in the least educated South American republic, Dr. Francia worked as a lawyer defending Paraguay’s impoverished masses. He cultivated a large following among the majority of the population.  His popularity made him vastly more powerful than the rest of the landed elite, which reluctantly welcomed him to fill the top leadership position in the newly formed government.

While he was a member of the aristocracy, he despised the elite and set out on a systematic campaign to bar them from power.  Using a conspiracy against him as motive, he imprisoned most of the wealthy landowners for the duration of their lives, many in underground dungeons.

Part Colonel Kurtz, Kim-il Sung, and Robin Hood, he placed the estates of the incarcerated landholders under state control, using them to produce food for a new Paraguay. He all but cut off the nation from trade and entrance to foreigners. The odd botanist or explorer who happened to enter Paraguay was forced to stay up to 14 years. But, among the peasants he was a savior. The campesinos enjoyed participation as ministers in his administration and their standard of living improved through the cultivation of land leased to them by their leader. With no elite able to sway the masses against him, Francia maintained a monopoly on power. His control over Paraguay was total. He presided over nearly every aspect of its administration with zero checks to his dominance up until his death, in 1840.

The Builder and the Destroyer

While Francia left no heir, the Lopez dynasty that succeeded him built upon his foundation, continuing the legacy of absolute despotism. Carlos Antonio Lopez, the first leader following Francia became known as “the Builder” for his efforts to modernize and industrialize the nation. He built schools, made magnificent renovations to the capital, and even completed one of the first functioning railroads in South America, in 1861. Antonio Lopez reversed Francia’s policy of isolationism, and opened the nation up to foreigners. He welcomed British engineers who helped design several factories, which boosted local production of high value added products.

By contrast, the elites of other Latin American countries opened their nations to often disastrous trade agreements with European powers. European countries purchased primary products in exchange for much more expensive manufactured goods. These agreements might have enriched the coffers of the Latin American elite who controlled the ports, but they saddled their nations with gaping trade deficits.

However, Paraguay’s success was brief.  Carlos Antonio’s son, Francisco Solano Lopez would become known as the failed “Napoleon of South America.” Having been sent to train in European military academies by his father, Francisco Lopez was determined to expand landlocked Paraguay’s domain to the Atlantic. He envisioned an empire that included parts of Argentina, Brazil, and all of Uruguay.

In 1865, Lopez declared war on Brazil and then Argentina, in an effort to balance regional power with the end of satisfying his territorial ambitions. His offensives lead Brazil, Argentina and Uruguay to form an alliance against him. The war quickly devolved into a protracted struggle for Paraguayan survival, which ended in genocide by 1870. The Paraguayan people valiantly gave their lives for the ambition of a misguided leader; by the war’s end, 90% of the adult male population had been killed.

Aftermath: Anarchy and the Authoritarian Republic

After a short period of Brazilian rule, Paraguay returned to independent governance in 1878. Unfortunately, the damaged country was left with leaders who had only known despotism and had little to no political experience.

While a republic in name, as Warren points out, “the entire electoral process from registration of voters to recording the voice of votes was permeated with fraud.” The change in administration was only accomplished through civil war and military coups, the last of which toppled the liberal government in 1936. The mid-30s and 40s featured a series of interim governments, interspersed with more coups.

The Stroessner Dictatorship and Modern Democracy

In 1954, Alfredo Stroessner seized the presidency. He returned Paraguay to its post-independence history of personalistic one-man rule, though without a commitment to improving the lives of the peasantry. His regime favored the Colorado Party, banishing their rivals to the status of political pariahs. Only an elite cadre of his supporters and family members received access to economic and political power.

In 1989, a coup finally ousted Stroessner from the dictatorial presidency, after 35 years of uncontested authority. Unfortunately, it was the Colorado Party that led the nation into the new era of democracy. The party retained the presidency in a series of elections, maintaining the same lines of patronage that pervaded during the dictatorship.

Paraguay’s first turnover election came in 2008, with the triumph of ex-Bishop Fernando Lugo at the head of the Alliance for Progress: a loose coalition of left-wing parties. In reality, true Paraguayan democracy had only existed for a little less than four years before the politics of an authoritarian past terminated its short life. 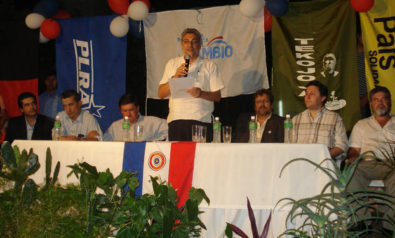 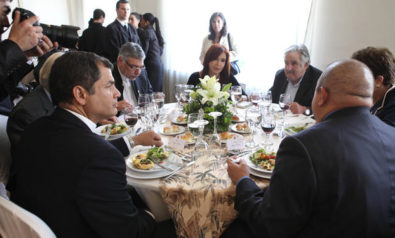 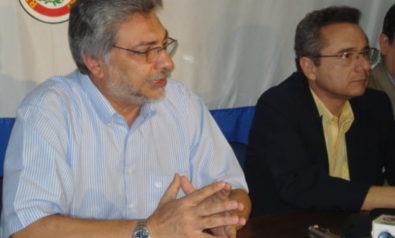