The 3rd preparatory committee meeting for the UN Conference on Sustainable Development closed without agreement. With negotiations hitting a bottleneck, it was left to the Brazilian hosts of the Rio+20 conference to take over the process rush an agreement before final meetings. The text of the draft is diplomatic and polite but a front has hardened between northern and southern countries. It is mainly an economical frontline between the developed and developing world.

Mexican standoff: The EU, the US and the G77

Almost every group involved in the negotiations was far from agreement. Nevertheless, the main differences can be found between the collective power of the G77; representing the mostly southern developing and emerging countries, and the northern heavyweights, the EU states and the US. Not willing to make any compromises, the trenches seem to be insuperable.

Three pillars with one focus

“Economic Prosperity, Social Inclusion and Environmental Protection” is written in  huge letters at the main gate of RioCentro. The concept of tree pillars for sustainability reflects the need to balance the money-driven economy with social and environmental consideration and responsibility. It is a widely accepted concept amongst all participants but it would seem that when it comes to negotiations, there is still only one pillar to rule them all, it is all about economic prosperity. And this brings the negotiation often down to the question of who receives the economic benefits.

A call for further support

Professor Hans Hurni, director of the NCCR North-South, Research Partnership for Sustainable Development, explains the key issue as the following: “One main issue is the hesitation of developing countries to make their own efforts towards fulfilling their sustainable development objectives, while they strongly invite developed countries to make commitments in support of developing countries. On the other hand, developed countries are unwilling to substantially raise their development cooperation to levels of 0.7 percent by 2015.” There is not only a lack of willingness for economic support, but rather a lack of money itself since finance and debt crises have crippled the industrialized countries’ economical potential.

A wolf in sheep’s clothing

G77 is a collection of 132 countries, from the poorest developing countries to announced future world leaders as China. “The BRICS countries within the G77 are an important issue since they are basically emerging countries belonging to G77 but at the same time they try to detach themselves from them.” Knowing their potential, they often flexed their muscles in this negotiation round. For them the line in the sand is clear: no support and means for implementation means no further commitments. Demanding support from northern countries let the emerging countries play the card of being in the same status as the poorest. But the grumblings, especially from the EU states and the US, are growing louder that they are not willing to increase their support of these economically strengthening countries. Moreover, the North wants them to take over responsibility in equal terms since some of them are contributing substantially to pollution, although not per capita.

The main heavyweight champs USA, EU and G77 involved in the negotiation almost cover the entire globe, and only a few players like Norway, New Zealand, Japan, Canada and Switzerland are left to step in as intermediaries. Even though clearly seen as a northern country, Switzerland for example “tries to cover a global position, not following the pure liberalism but attempt to bring inputs between the two sides,” Hans Hurnis continues. “This intermediary position is important to keep the participants moving.” Indeed, in the 2nd-June version of the Zero Draft, the starting point of the 3rd preparatory committee negotiation, Switzerland is mentioned over 100 times in the document and counts together with Canada, Norway and Japan to the most mentioned countries apart from USA, EU and G77. Nevertheless, more inputs may also increase the complexity of an already highly diffuse negotiation process.

The willingness of northern countries to move towards the G77′s call for financial support is rather low. But to bury one’s head in the sand and to ignore the huge gap in economic potential between the developed and developing countries will not bring any improvement either. If no one wants to make a move, the process will either be abandoned, or the result will be a final declaration flat as the Netherlands. In any case, yet it is Thomas More, the author of Utopia, who summarizes this situation the best: ”What is deferred is not avoided“.

*[This article was originally published by Student Reporter on June 22, 2012]. 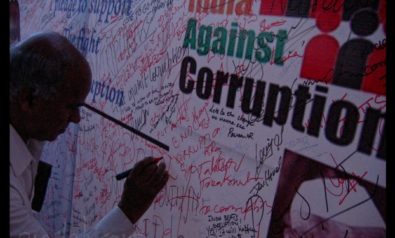