Nicolás Maduro has claimed victory in an election widely seen as a farce. As a result, the options to push for real political change in Venezuela are limited.

On May 20, after months and years of domestic crisis, the regime of Nicolás Maduro finally held the long-postponed presidential elections in Venezuela. However, the sham exercise that the world witnessed was nothing more than an ill-achieved masquerade, pretending to give an aura of legitimacy to a rogue president’s regime.

With hundreds of political prisoners and countless members of the political opposition in exile or barred from running, the ballots printed for Sunday’s fraud elections featured Maduro’s picture as the official candidate of 10 out of 17 parties. Moreover, there were no credible members of the opposition featured on the ballot at all.

As expected, the Maduro-packed National Electoral Council (CNE) announced that the incumbent president had won the election with over 67% of the vote and a participation of 46% with little over 9 million voters. Nevertheless, the limited independent press coverage of the election seems to suggest that even the participation rate is inflated, given that most voting centers throughout the country seemed to be empty all day long.

As expected, the international condemnation of the elections as a farce was almost immediate. The Hemispheric Lima Group, which is composed of 14 countries from Canada to Chile, jointly stated that it would withdraw its ambassadors from Venezuela and called for a new transitional government. Moreover, the international chorus of voices refusing to recognize Maduro as a legitimate head of state has increased now that his previous presidential term has officially expired. Nevertheless, Maduro continues to have strategic allies, notably Cuba, Nicaragua and Russia.

While almost all regional and Western governments already recognize the illegitimacy of Maduro’s government and his shadow “constituent assembly,” the question now remains as to what can be done beyond aiding the political opposition through asylum and international speech platforms. Maduro’s unpopular regime has proved to be particularly resilient, mainly because it has successfully coerced the Venezuelan armed forces by granting them more political power and tolerating drug trafficking activities by the military.

Simultaneously, efforts at mediation, both at a national and an international level, have failed. Today, “mediators” still engaging with Caracas, such as Rafael Correa from Ecuador and Jose Luis Rodriguez Zapatero from Spain, have lost all credibility both amongst Venezuela’s population and the international community. Currently, the majority of high-profile figures throughout the region, including Luis Almagro from the Organization of American States and Laura Chinchilla from Costa Rica, are engaged in a campaign of publicly denouncing Maduro’s dictatorship and calling upon him to step down unconditionally.

There is no doubt that Maduro’s regime is illegitimate in the eyes of his own people and of the world. However, with the country weakened by a severe economic crisis that has led hundreds of thousands to become refugees and broad sectors of opposition in exile lacking any real leverage over Caracas, the options to push for real political change in Venezuela are truly limited.

To this reality, one must add the recent increase in international oil prices, which serves as a financial gasp for the Maduro regime that continues to sell petroleum to partners such as China. The United States and some European countries have already imposed severe sanctions on the Maduro regime, and it is time for others to follow suit in a maximum pressure campaign to further isolate him. 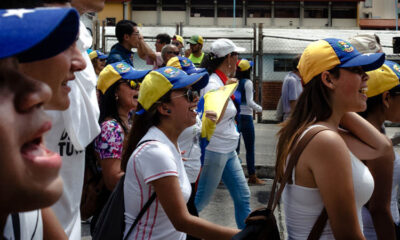 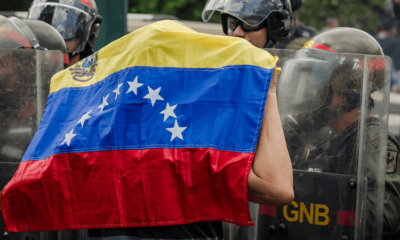 Nicolás Maduro: The New Tropical Czar Has No Clothes 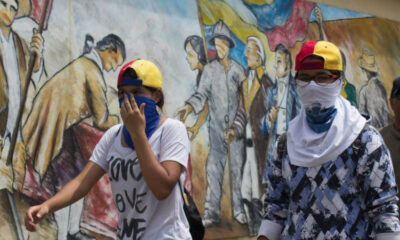 What the US Should Avoid in Venezuela