Just like the US elections in 2016, fake news has become a fixture of Mexican social media during the electoral season.

In a video posted in January, Mexico’s leading presidential candidate, Andrés Manuel López Obrador (better known by his initials, AMLO), stands on the edge of the port of Veracruz, looking out over the gray waters. “I’m waiting for the Russian submarine,” he tells the camera, “because it is bringing me gold from Moscow.” AMLO’s video was filmed as a joke, poking fun at what he insists are preposterous allegations that his campaign is supported by the Russian government. But in Washington, the fear of Russian interference in Mexico’s presidential election is very real.

In December 2017, then-US National Security Advisor H.R. McMaster insinuated that Russia had already begun efforts to influence the Mexican election. A month later, then-Secretary of State Rex Tillerson echoed McMaster’s remarks, telling Mexico to “pay attention” to Russian meddling. Both Tillerson and McMaster are long gone, but the fear of Russian interference among Washington’s policy circles remains. In late April 2018, a bipartisan group of House members filed a resolution calling on Russia to stay out of Latin America’s elections.

Clamor in the United States over Russian interference has quietened in recent weeks, as the yawning chasm between AMLO and his next closest competitor in polling continues to grow. But when Mexicans take to the polls on July 1, they will not only choose their next president, but also governors, representatives and mayors in states across the country. While the possibility of Russian interference cannot be ruled out, three domestic factors — home-grown fake news, physical insecurity and declining trust in politics — will be bigger determinants of the election results and pose greater threats to Latin American democracy.

As with the 2016 US elections, fake news has become a fixture of Mexican social media during the electoral season. In addition to the dubious allegations of AMLO’s ties to Moscow, voters in Mexico have been told wrongly that Pope Francis denounced the leading candidate, and that voters must re-register by the end of the week in order to be able to vote. Fake exit and opinion polls have even circulated around social media, allowing parties to distort reality and confuse voters.

While the narrative about fake news during the US elections revolved around Russia’s role in disseminating false information, the power of fake news in Mexico is predominantly domestic and intimately connected to the Mexican government’s history of collusion with the media, rather than driven by Moscow’s efforts. For decades, national and local political parties have co-opted media outlets for the purposes of self-promotion. As a result, distrust of the traditional media runs deep in Mexican society.

Groups in Mexico have mounted valiant efforts to combat the spread of lies. But disinformation persists and, as Ioan Grillo noted in a recent op-ed, it exerts a pernicious effect on the civility of public discourse and fosters polarization. It may also confuse voters enough to discourage them from even participating in the election, undermining the mandate of whoever wins.

But fake news is not the only threat to the elections. Voters and candidates in Mexico also face physical violence that could undermine the electoral process. Changing dynamics of organized crime and violence in Mexico have made the country an increasingly dangerous place to be interested in politics. Mexico reported its highest number of homicides in 2017, and local officials and candidates have borne the brunt of this violence. Mayors are at least 12 times more likely than the general population to be killed. Over 100 candidates and current or former politicians have been killed so far during Mexico’s electoral season.

The violence also compounds the issue of fake news. Journalists are three times more likely to be killed than the general population, and many of the journalists that remain practice self-censorship under constant threat from drug trafficking groups or corrupt local governments. Without independent reporting, Mexicans may be exposed to an increasing proportion of disinformation generated within the country, supplemented by growing penetration of Russian media content aimed at Latin American audiences.

These two conditions — increasing insecurity and a polarized media landscape — have contributed to a worrying decline in support for democracy in Mexico. According to polling conducted in 2017 by AmericasBarometer, only around half of all Mexicans believe democracy is the best form of governance. This has a marked impact on how citizens view elections.

Experts warn that what Russia seeks in manipulating elections is to sow distrust rather than pick a particular candidate. However, only a small percentage of Mexicans — around 25% — trust their country’s elections anyway. Meanwhile, nearly half of Mexicans would support a military coup under conditions of rampant corruption or high insecurity, characteristics that could describe Mexico’s current environment.

These three domestic threats to Mexico’s elections — disinformation, insecurity and distrust in democracy — run much deeper than this year’s electoral cycle. As such, it would be shortsighted for concerned policymakers in the United States to focus on Russia’s discrete threat this election. In order to support Mexico’s democracy, the US would do better to focus on supporting whoever wins to work toward longer-term goals of transparent governance and security in an effort to regain Mexican’s trust in democracy.

Admittedly, such a commitment from the Trump administration seems improbable. From insulting Mexicans while on the campaign trail to his imposing harsh tariffs on Mexican goods, President Donald Trump has alienated America’s southern neighbor.

But Washington is more than the White House, and members of Congress, as some of the most vocal in denouncing the Russia threat in the Western Hemisphere, could work around Trump to support Mexican democracy. Congress has already demonstrated its commitment to its southern neighbors in its most recent budget. The congressional appropriations bill passed in March increased foreign assistance to Mexico by $14.1 million, 25% of which depends on State Department verification that the Mexican government is taking steps to address a number of human rights concerns.

Continuing to fund governance programs and demanding accountability from the Mexican government may, in fact, be the best answer to the Russian threat in the region. Russia specifically targets polarized and weak democracies where its efforts to sow contempt for liberal democratic values are most likely to take root. For the US, the best defense against Russia gaining a foothold in the Western Hemisphere is to help build solid institutions in Latin America, from the inside out. 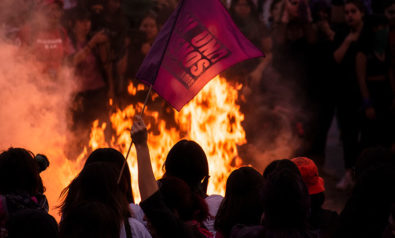