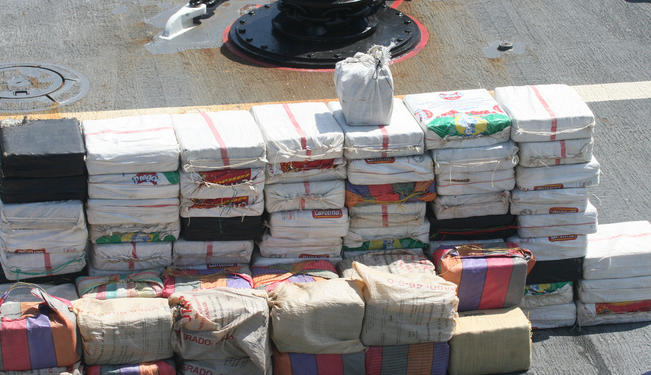 The lucrative cocaine trade from Latin America to Europe has furthered the globalization organized crime, causing an increase in violence and a deterioration of the rule of law in countries throughout the Caribbean and West Africa.

While reports on drug trafficking from Latin America to North America are common, the increasingly important routes to Europe are seldom mentioned in the media. In reality, Europe has become the world’s second largest market for cocaine, valued at $36 billion and only $4 billion smaller than the US market.

In Peru and Bolivia, chewing coca leaves is a daily occurrence. For the people in the Andean region, chewing the leaves is the European cultural equivalent of smoking cigarettes. Additionally, coca leaves are said to help alleviate “Soroche” or altitude sickness, a power causing many to declare the plant God-given.

The humility of the coca leaf makes it hard to believe that they form the base of a drug capable of destabilizing several countries and endangering the bodies and minds of millions of consumers.

Just over one decade ago, the vast majority of cocaine was shipped exclusively to the US. But, as the US market for cocaine continues to shrink and enforcement efforts intensify in Mexico and Central America, European maritime routes have become a profitable alternative to the once exclusively areal passage to Europe. In 1982, 10.5 million US citizens consumed cocaine.  Today, the number has been cut in half, with 5.3 million reported in 2008. In Europe, on the other hand, cocaine usage doubled from 2 million in 1998, to 4.1 million users by 2008.  Countries such as the UK and Spain now show higher annual prevalence than the US.

The exclusive cultivation of the coca bush in Colombia, Peru and Bolivia, means that drug traffickers have to take a long journey across the Atlantic Ocean to reach European markets, where the drug enjoys great popularity amongst night owls from Moscow to Madrid.

Besides the more direct areal route, two maritime routes serve as the primary trafficking corridors.  One route stops in the Caribbean islands and along the coast of Venezuela – a country gripped by a surge in criminal violence. The continuing discord between President Hugo Chavez and the US government prevents trans-governmental cooperation efforts to crackdown on the route. By contrast, over the last decade, Colombia, Peru, Central America, and Mexico, have received tens of billions of dollars in US counter-narcotics assistance.

Departing from Venezuela and the Caribbean – especially the European territories of Martinique and the Dutch Antilles – small jets, speedboats and fishing vessels carry the product to European cities.  Direct flights and reduced import barriers facilitate the shipment of cocaine in these island nations belonging to France and Netherlands respectively. Their territorial status gives them greater access to the European financial system, making them good centres to hold and launder money from illicit transactions.

The presence of traffickers in these small island nations has caused crime to soar and has undermined political integrity. A whopping 75% of all crime in the Dutch Antilles is drug-related. The situation appears reminiscent of the rising tide of trafficking throughout once peaceful Central American countries.

Many of the direct maritime routes from South America to Europe have been uncovered by law enforcement, causing traffickers to seek routes through West Africa, as a stop-over to the final destination in Europe.

The journey from Colombia to West Africa is a minor obstacle compared to the direct transit into Europe. Colombian drug cartels buy old planes and depart from Venezuela to West Africa. According to the UN, at least 50 tons of South American cocaine arrive along the West African coast every year.

Drugs are then shipped across the Sahara to the Northern tip of Morocco, from where they traverse the straits of Gibraltar into Spain. The West African route is particularly profitable for Colombian drug cartels, since the small countries along the West African coast are vulnerable to corruption and existing law enforcement is weak. Just as the small countries of Central America have become a haven for Mexican drug traffickers, West African nations have fallen into the hands of Colombian cartels.

While heightened security has made it difficult for Latin American drug traffickers to transport narcotics into the US, drug interdiction efforts across the Atlantic Ocean are comparatively weak.  Moreover, political instability and limited government resources in West Africa help facilitate drug trafficking. Additionally, the profitability of the trade entices the services of local West African smugglers.

The most important ‘transit countries’ in West Africa are Nigeria, Ghana and Guinea-Bissau. Nigeria and Ghana serve as hubs for money laundering, while Guinea-Bissau, handles shipments from South America. Corrupt government officials help regulate the passage of narcotics through the country. The arrival of the drug trade has further exacerbated the existing problems of widespread corruption, which causes further neglect for crime and a lack of proficient security.

According to a UN report, Guinea-Bissau’s economy for illicit drug smuggling dwarfs the country’s GDP of $900mn. Drug smuggling employs a significant portion of the workforce and poor enforcement largely reduces the risk of involvement.

Drugs arrive in Europe in trucks, planes, fishing boats, speedboats or via drug mules. The majority enters Europe along the Spanish coast: Europe’s gateway for illicit nacrotics.   Other points of entry (POEs) in Europe include the Netherlands, the UK and the Mediterranean coasts of Italy and Southern France.

Once the drugs reach Europe, smugglers operate without much difficulty, since border controls are sparse within Western Europe. With the expectation of the UK and Ireland, the Schengen agreement has eliminated border checks and allows EU citizens to move freely within the European Union. The lack of regulation facilitates the transportation of drugs from the Spain via couriers to other consumer countries throughout the EU.

The UK is the largest consumer of cocaine in Europe, followed by Spain, Denmark and Italy. In the UK, 6.2% of young adults between 15 and 34 years have consumed the drug at least once. Spain ranks shortly behind with 5.5%.

Unlike in Latin America, European traffickers do not operate aggressively.  Drug mafias act cautiously and stay hidden. The ‘Ndrangheta, a powerful Italian criminal organization located along the peninsula adjacent Sicily, has become deeply involved the in drug business with Latin American cartels. In the 1990s, a price drop in the heroin market caused the group to shift their operations towards the rising cocaine trade. The organization is supported by many Italian emigrants based in South America, also works closely with Nigerian drug traders, revealing the deep interconnections that exist among drug trafficking organizations worldwide.

European drug users pay between $80 and $150 for one gram of the drug and total revenue from the trade reaches $36bn annually.  However, Coca farmers receive only about 1.5% of cocaine’s street value and many cultivators remain in abject poverty.  The majority of profits accrue among cartels and smaller crime syndicates responsible for the retail of cocaine in developed countries.  Additionally, the FARC and other Colombian insurgents, take in around $300mn each year through coordinating the transfer of coca leaves to cartels, which process the plant into cocaine.  The continued existence of these violent political and criminal organizations is directly tied to the prolonged consumption and profitability cocaine throughout the world. 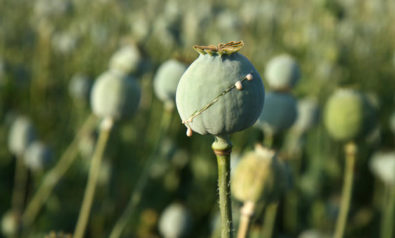 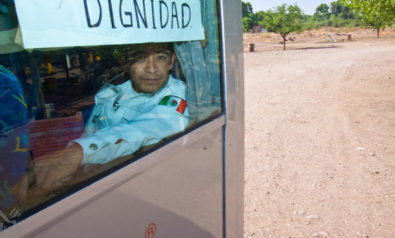