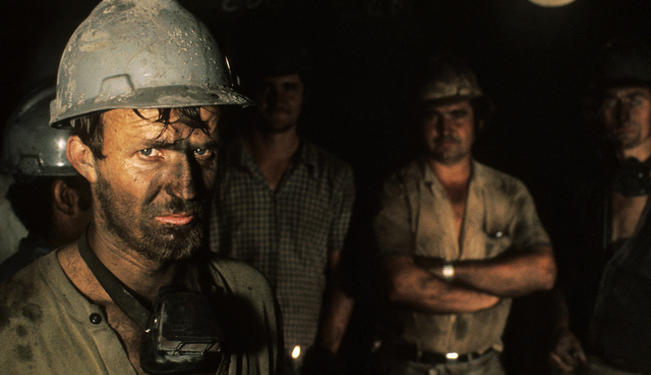 Latin America has suffered centuries of resource exploitation at the hands of foreign powers, without translating gains to the majority of the population.  However, there are signs that the effects of China’s appetite for these same resources may break the disastrous boom bust cycles of the past.

Another world power has come to feast on the bounty of Latin America.  China has been investing billions in the extraction of raw materials to drive its relentless pace of construction and is purchasing millions of tons of soy and grain to feed an urbanizing population.  Is China merely extending a history of resource exploitation or will Latin America capitalize on this most recent resource boom?   Though the results will vary for each country, China’s gradual pace of urbanization and Latin America’s more efficient increase in social spending may work to extend and improve this most recent bonanza.

Latin America’s economic history has followed a pattern.  Powerful countries saw the region as an opportunity to extract vast amounts of resources at a low cost.  Labor was cheap; land was abundant and fertile; natural resources were plentiful.  Moreover, the existing social structure was such that a few elites were able to control a large and mostly landless peasantry.  These conditions often contrasted with those of more developed countries, where the growing middle classes, dwindling availability of land and nearly exhausted raw materials strained their supplies of resources and increased the cost of labor.  Furthermore, the rising middle class increased demand in the economies of these foreign powers, while the production of manufactured goods shifted the focus away from agriculture as the primary engine of economic growth.

The first to arrive in the Americas were the rising powers of Europe.  Spain and Portugal came as colonizers, then later Britain, France and Germany as investors and consumers of Latin American grain, cattle, wool and metals among many other agricultural products and natural resources.  Later, the United States extended its reach, desiring many of the same goods and practicing a similar strategy of economic exchange.  In this exchange, the developed power would purchase agricultural products and then invest – either directly or through loans – in mining.  The developed country would then sell its manufactured products to the region, which fetched much higher prices compared with the primary products produced in Latin American countries.  The result left the region with high debts, towering trade deficits and little control over their extractive industries.  When global demand for a specific resource collapsed or the local supply ran out, the short-lived boom would turn into a prolonged bust, creating political and social instability in the Latin American country involved.

In 2004, China invested $285mn in Latin America.  By 2010, that number had risen to $15bn, accounting for 9% of all foreign direct investment (FDI) in the region, and the third largest of any other country in Latin America.  However, 90% of Chinese FDI was directed towards the extraction of natural resources.

The Chinese government and private Chinese financiers tend to take a large equity stake in competitive up-and-coming Latin American companies.  Rather than investing in the largest players, they seek out smaller partners, otherwise overlooked.

Though Chinese companies have sought to improve their attention to local conditions, they prefer to do so on their own terms without adherence to international standards.  They tend to shy away from submission to a higher authority and instead enact their own standards, distancing themselves from conventions and cooperative agreements held by developed countries from the Organization for Economic Co-operation and Development (OECD).

Urbanization: So Far, yet so Similar

Interestingly, China is going through a similar period of transition, one previously experienced in Latin America.  Urbanization and the integration of vastly different cultures within expanding mega cities are trends shared by both places.  Latin America, like China, was once among the world’s most rural societies.  Today, Latin America boasts an urbanization rate of 80%, one of the highest in the world.  China still lags behind Latin America with only 51% living in urban areas – a total of 700mn Chinese still live in the countryside.  Despite the difference, China’s urban population has expanded consistently by an average of 20mn residents every year.

Despite similar experiences, the process of urbanization in China is much different than in Latin America.  Urbanization in Latin American countries occurred rapidly over the course of a few decades, inspired partly by the mechanization of agriculture in the countryside and the promise of manufacturing jobs in the cities.  All at once, millions of peasants migrated to the cities, overwhelming these urban spaces, which struggled to provide basic services to new arrivals.  The result produced massive shanty towns and squatter settlements, many of which still lack running water, paved roads and electricity.  Moreover, the lack of available employment forced most rural migrants into the informal economy, where they experience unregulated working conditions and are paid below the minimum wage.  Many others turned to crime as the only source of revenue.

By contrast, the process of Chinese urbanization has been gradual and dates back to the Xia dynasty of 2000 B.C.  Internal migration in China is regulated by a system of family registry known as Hukou.  In this system, citizens are only entitled to receive government services in their region of birth, meaning that if they migrate to another area they will have to pay a premium on basic services such as healthcare and education or must go through a lengthy process to change their regional status.  While often viewed as restrictive, the Hukou system has prevented the formation of large shanty towns in major Chinese cities and has reduced the problems of establishing land ownership, which continue to trouble multiple generations of squatters in Latin American cities.

Differences aside, China’s urbanization is one of the root causes behind its need for Latin America’s resources. City dwellers are simply more connected to the global economy than subsistence farmers, which survive mostly off their own crops.  Those in the city do not produce their own food, demand modern products and are better connected with utilities and transportation services.  By breaking their reliance on local goods, China’s growing urban population puts pressure on the global supply chain to expand production.  Every new kilometer of electrical wire requires six tons of copper, yet China only produces one sixth of the copper needed to electrify new urban and suburban neighborhoods.

If China continues to urbanize at its current rate, the pace of construction is likely to continue for another 30 years, causing the demand for raw materials to persist over the long-term.  A sudden bust in construction, as many economists fear, is less likely given the remaining potential for urbanization – extending the resource bonanza in Latin America and perhaps placing a floor on global commodity prices.  These factors would help insulate the region from a dramatic global collapse.

Latin American countries have improved their ability to use economic growth from resource booms as a catalyst for poverty reduction.  Though some governments in the region follow a more socialist approach to development, even countries favoring a greater market-based approach have acknowledged the need for redistributing resource revenue to social programs.  Over the last ten years, increased revenues from commodities have been accompanied by rising wages and incentive-based cash transfers to poor families.

From 2001 to 2011, during Brazil’s China fueled commodity boom, the poorest 10% of the population saw their income double, while the wealth of the richest only grew by one-sixth.  As the Economist observed in a recent study of the region’s middle class, “the proportion of Latin Americans living in poverty – defined as a daily income of less than $4 – has fallen from 41.4% in 2000 to 28% in 2010.”  Much of this rise in income and drop in poverty can be attributed to a decade of economic expansion, spurred by a rise in Chinese demand.

The greatest concern with China in Latin America is with respect to free trade.  China has pursued potential agreements with the MERCOSUR trading bloc to allow Chinese goods un-tariffed access to the South American common market.  Many fear that China’s tremendous manufacturing capabilities would further damage Latin America’s fledgling industrial sector.  While this issue may persist into the future, if wages in China continue to rise and Latin American countries maintain high trade barriers, the incentive for companies to build factories in the region may increase.

China’s demand for raw materials from Latin America comes at the right moment.  Many Latin American governments have reconciled the extremes of state interventionism and free market austerity, learning from the pitfalls of each and finding a middle ground.  Moreover, Chinese demand helps diversify the region’s export portfolio, a basket once dominated by the economies of the developed world.  This diversified demand may protect commodity prices from dipping below the levels that caused the economic busts of the past. 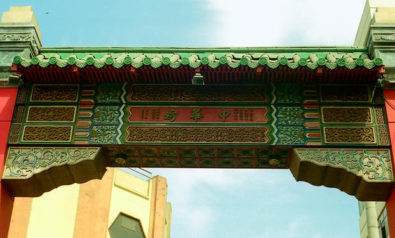 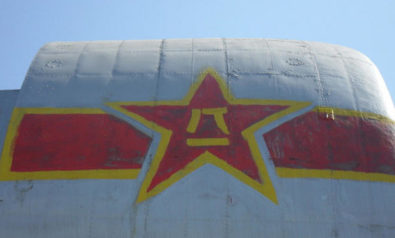