Gustavo Ribeiro discusses the issue of drug challenges with one of Brazil’s most respected experts in organized crime.

In the first two weeks of 2017, Brazil witnessed a grand total of four prison riots. By January 17, at least 134 inmates had died inside the Brazilian penitentiary system. The deaths were the result of clashes between rival gangs that fight for the control of both prisons and drug routes.

The country is being forced to deal with the appalling living conditions of its facilities and has exposed the actions of drug cartels. These recent events have led to a big question: Does Brazil risk becoming a narco state?

I discussed the issue with Guaracy Mingarde, a researcher at the Forum for Public Safety and one of Brazil’s most respected experts in organized crime.

To answer this question, we first need to properly understand the definition of a narco state. The term refers to an area under the control of drug cartels, where law enforcement is effectively nonexistent. This is hardly the case in Brazil, although it remains true that the government has failed miserably to crack down on organized crime.

So, why will Brazil not become a narco state?

“For starters, Brazil is not a major drug producer. And that is a big difference between Brazil and countries like Peru, Colombia and Bolivia. Nor is Brazil the main route to a larger market, like Mexico,” explains Mingarde.

Back in the 1980s, Bolivia experienced a narco state during the dictatorial government of Luiz García Meza. His regime rose to power thanks to the financing of Roberto Suárez Goméz—aka the “King of Cocaine.” In return, Meza appointed the drug lord’s cousin as the minister of interior. That narco-regime, however, collapsed just one year later.

Such a regime is difficult to replicate in Brazil. First and foremost, the country is gigantic, and putting such a model in place would require the kind of muscle that Brazilian cartels lack. Bolivia, on the other hand, is a country with a population smaller than that of São Paulo.

“Furthermore,” Mingarde points out, “in those Latin American countries, the economic elites got involved in the drug business. That hasn’t happened in Brazil. As much as I hate our elites, they are the same [as] they were centuries ago—and they are not dealing drugs.”

Mingarde, however, says that such power is relative: “While there is some degree of success in a few communities, that’s not a widespread phenomenon.” 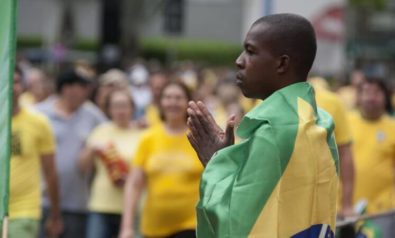