But the scale is unprecedented this year, and the secret is out. For the first time, the international community has borne witness to this ongoing assault on the rainforest. We have been inundated with images: smoldering forests; dying animals; a Pataxó woman crying out, denouncing the fires set to her community’s protected land, with mountains ablaze behind her; and a Mura man vowing to give every drop of his blood to protect his tribe’s forests, their home.

Whether witnessing the horror or resolve in the face of ruin, the world can’t help but feel an overwhelming sense of tragedy and loss.

The world community has long sought interconnection — through trade, thought and culture — but our understanding of the links between our actions and their environmental impacts has lagged far behind. Our planet is essentially a closed system, one that doesn’t recognize, see or feel the political boundaries we have artificially set upon it. And our planet is incurring the devastating consequences of these human-imposed boundaries.

Why Is This Happening?

It’s not surprising that we’re focused on the fires. Yet if we want to change the future, we have to look beyond the smoke to understand why this is happening.

On one level, there seem to be multiple contributors to the acceleration of these rainforest-clearing fires. Forests are being burned to make way for oil and mineral production, for cattle grazing, for oil palm plantations and soybean farms. But on a more fundamental level, there’s a common cause. It’s all about money — how to make money from the land. The people who set the fires all believe they can make more money by torching the trees than by leaving them standing.

The tragedy is that they’re largely right, and that’s especially true now. In 2018, China responded to America’s tariffs on Chinese goods with a tariff on American soybeans. With American soy now priced out of the market, China began seeking new sources, and Brazil had an opportunity to fill the gap. Brazil just unseated the US as the world’s largest soybean exporter.

The problem got worse when Brazil slashed its environmental protection budget in April 2019. The lack of monitoring and enforcement meant that landowners, squatters and speculators could burn with impunity. Even if Brazil reverses that terrible decision, we can be sure that tens of thousands of fires will be set next year. For now, as things stand, it makes economic sense.

What Should Be Done?

The only way to stop the fires is by changing the economics. We need to make the forest more valuable as it is. If an intact forest provides more economic benefit than an open field, then it won’t be burned. The people who live in and around the forest, no less than the government in Brasilia, will protect it.

The simplest way to do that is to pay Brazil to protect this worldwide resource and to withhold payments if it fails. This would be a good deal for the rest of the world. The Brazilian Amazon absorbs 2 billion tons of carbon dioxide every year. When it goes up in smoke, it releases carbon into the atmosphere that hastens climate change. The rest of the world should be willing to pay for what’s essentially a global resource.

This simple idea probably won’t work, however. The fires aren’t set by the Brazilian government, but by thousands of individuals hoping to make money by farming and ranching. The forest is vast and hard to monitor. Fires, once set, are hard to put out. Even if the government led by President Jair Bolsonaro agrees to a deal and tries to carry it out in good faith, fire-setters know they will probably get away with it. The economics are still in their favor.

There is a better way: make the forest more valuable. The Amazon forest is full of products the rest of us need: honey, essential oils, natural colors. Coffee, cacao and açai berries can be farmed in a clear-cut plantation, but they taste better and could command higher prices if grown in the forest. And there are valuable goods we are not even aware of yet. Many Western medicines originate from rainforests, including 40% of anti-cancer treatments. But fewer than 1% of rainforest plants used by traditional healers have been tested in Western labs. The economic value of the rainforest has barely been tapped.

None of this will happen by itself. Honey, cacao and the rest grow in a lot of places. To stop the fires, we need the forest-grown versions to compete successfully with the cheaper, simpler, plantation-grown kind. They probably can’t compete on price. True, the big trees fix nitrogen in the soil so understory shrubs like coffee and cacao don’t need fertilizer; because they’re grown in shade, less water evaporates so they don’t need irrigation; and the plants aren’t stressed, so they live longer than the plantation kind. But most of the time they take longer to mature, and yields per hectare are lower. Net plantation costs are lower.

On the other hand, the difference in quality between forest-grown and plantation-grown goods can be enormous. Aroma Ecuador, a company created by an Ecuadorian NGO that markets locally-sourced chocolates like fine wines, has developed a word wheel to describe the differences in taste among chocolates. Cacao beans from San Jose del Tambo produce earthy chocolate, with notes of moss and Thai basil. Cacao from Los Rios tastes like jasmine, with a hint of coffee.

Terroir is as vital to chocolate as it is to wine, and the same can be said of honey, berries and other products. But most of the chocolate we eat today –– even the good stuff –– is raised, sold and processed in bulk. Many of us have developed a taste for single-malt whiskey and appelation contrôlée wine. Developing a market for fine Amazon forest products would help them sell at the premium they need to offset higher costs.

Can It Be Done?

This sounds like work, but it might be easier than we think. Many of America’s largest cities have adopted goals to reduce greenhouse gas emissions by 80%. American homeowners will install 2.5 GW of solar panels on their homes in 2019, and the total installed capacity is expected to double in the next five years. Most people are buying washing machines and refrigerators that use 70% less electricity than the old ones they replace. If people are willing to spend thousands of dollars to protect their climate, many would be willing to splurge on a better bar of chocolate. Better chocolate, coffee and honey can be cheap thrills and still turn the tide.

This solution can’t be imposed from above. Rainforest communities know their forests, culture and capabilities. Each village will have to develop its own plan for planting, harvesting and processing. It will require changing the centuries-old status quo.

But the Pataxó woman and the Mura man we saw on television meant what they said: They don’t want their forests to burn. They want them to stand, for themselves and their children’s children. When they protect their forests, they do it for themselves and all of us everywhere. They just need our help. After all, we all share our one and only planet. 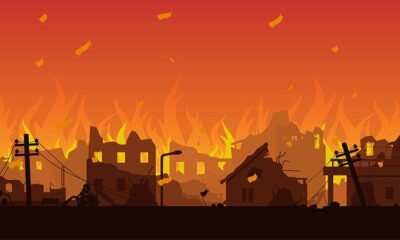 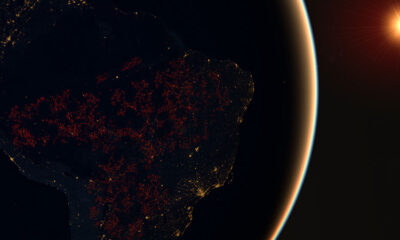 As the Amazon Burns, It’s Time to Roll Up Our Sleeves