A young conductor fails to breathe new life into a 147-year-old orchestra.

The spectacle of a sign flashing across the screen, “Please Recolonise Us,” was at best a very bad joke. More likely, many in the audience would have seen it as an affront. A Bosnian Croat general had committed suicide in The Hague not too long ago, on behalf of a nationalism that was so fierce that he swallowed cyanide before a startled bench of international judges. Slobodan Praljak’s suicide reignited a debate as old as modern Croatian history. On the one side, the local version of the alt right defending World War II collaboration with the Nazis that created a fascist prototype of the modern Croatian state, aided and abetted even at the end of 2017 by prominent members of a very powerful Catholic church. On the other, those remaining on the left who clung to the partisan struggle under Josip Broz Tito, yet rarely voiced a nostalgia for the unified Yugoslavia he created.

The one thing no one wanted was to return to being a province in the Austro-Hungarian Empire, and everything about Zagreb protests too loudly that it is a capital city on equal terms with others in Europe, even though it has a long way to go to achieve the cosmopolitan sophistication of Vienna. So, when the newly hired Austrian conductor of the Zagreb Philharmonic, David Danzmayr, played his end of 2017 concert at the Lisinski Hall — a battleship of a venue where acoustics have seen better days — he should have known better than to select a car crash of a program.

The repertoire was an effort to replicate the musical ritual of this part of Europe, the New Year’s concert by the Vienna Philharmonic. A showcase for Austria, it is watched obsessively in live broadcast by millions: ballet, white horses and immaculate gardens all speak of imperial glory that was never rudely interrupted by degeneration, Hitler, the Cold War and the need for a latter-day populism so desperate that the voters have just elected a 31-year-old as its leader.

But all Danzmayr’s selection did was to show that the Zagreb Philharmonic was a pale imitation of the Vienna Philharmonic — very pale. The rendition of two uncomplicated pieces by Wagner was uninspired to the point of mediocre, especially the part played by a horn section that should have been retired for emphysema some time ago. The list of pieces by various members of the Strauss clan was so patently an effort to be Vienna in Zagreb that it was embarrassing because even these the orchestra could not play well.

The offending “Please Recolonise Us” slogan appeared just before “The Blue Danube” and, to be fair, the orchestra got its mellow and melodramatic tones right. The encore was, together with compulsory clapping, the “Radetzky March,” also played at the end of the Vienna Philharmonic’s New Year concert — a military theme written to commemorate the crushing of an Italian bid to gain independence from the Austro-Hungarian Empire.

Perhaps Danzmayr has spent too long in the United States trying to pump some life into the Illinois Philharmonic. The appointment to Zagreb was meant to be a step up in his career. People hoped he could do for Zagreb what Marris Jansons did for the Oslo Philharmonic, although no one expected Danzmayr to replicate Jansons feat of continuing to conduct Puccini’s La Bohème while having a heart attack.

If that is what he wants to do, namely to breathe a second wind into a 147-year-old orchestra, then he has his work cut out. The year 1871, when the Zagreb Philharmonic was founded, was when Germany was united and the long decline of Austria began. The Zagreb Philharmonic needs revitalization from top to bottom. No one plays as if one’s livelihood depended on it. Everyone plays within a comfort zone so obvious that it was distressing to have paid a plane fare from London to listen to it.

Or perhaps Danzmayr is just feeding pap to the masses who are happy with a safe repertoire. Certainly the event, billed as a black tie elite fête, persuaded less than 5% of the male audience to put on a black tie and dinner jacket. And the after concert dancing to a band of middle-aged balladeers singing local songs from the 1970s was hardly an effort to be climbing the stairway to high culture.

Perhaps Danzmayr knew it was hopeless. It’s still just a province, never mind the fierce death-dealing nationalisms that along the recent way devastated Bosnia. But even the give-them-pap approach could try for well played pap. And, frankly, a new young conductor needs to research the controversial history of his new bailiwick and not offer recolonization as a dark joke at the end of what has been a very dark year for Europe. 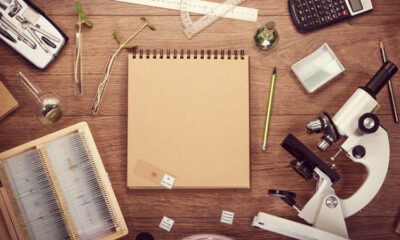 Expect to See Croatia in the Eurozone