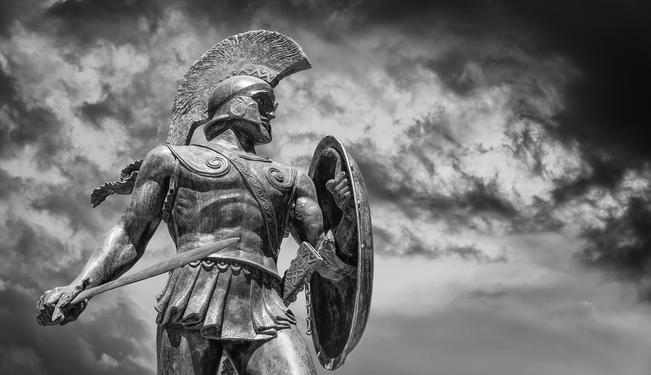 Last year was very tough for Greece, and there are few prospects that 2013 will be easier. Millions of people have been directly affected by the sweeping austerity measures arising from the economic crisis. The country is convulsed by political tensions, with the rise of the far-right Golden Dawn party the most worrying example. And there are severe social problems, linked in part to the huge influx in recent years of irregular migrants from outside the European Union.

Partly hidden within this turmoil is another crisis threatening to spin out of control: xenophobic violence against those migrants and asylum seekers in Athens and elsewhere. Mob violence against people from Afghanistan, and North and sub-Saharan Africa is alarmingly commonplace, much of it going unrecorded.

This is an issue that Greece, along with its allies in the European Union – including Germany – need to tackle as a priority this year. The attacks themselves represent a major abuse of human rights; the fact that they usually happen with impunity, with little or no serious effort by the police or others to bring the culprits to justice is an indictment on Europe’s Nobel-prize winning image as a bastion for tolerance and peace.

Human Rights Watch documented dozens of such attacks between November 2011 and mid-2012. Sadly, they have continued. In an incident last November, a request for unpaid wages by Waleed Taleb, an undocumented Egyptian bakery worker, led to his boss with some friends fastening a long chain around his neck, dragging him around “like a dog”, as Taleb told reporters, and being severely beaten. Later, after escaping and reaching hospital, the police took him away and detained him for lacking official documents. “I thought I would die”, he said. “The problem wasn’t that I didn’t have papers; the problem was that I had been beaten.” Minor charges have been brought against those involved, but as yet, no convictions.

Many people in Greece, including some in power, would prefer to ignore this part of the country’s crisis, arguing that there are already too many problems to tackle, or that the issue will be resolved once the country’s dysfunctional asylum system is reformed and the economy picks up.

These excuses, while partly understandable, are worrying, as they paper over a growing intolerance that is already spreading to other vulnerable groups, such as the gay and lesbian community.

Even more disturbing is that some politicians appear reluctant to act decisively on this issue for fear of a populist backlash from Golden Dawn. This has led to intense public hostility towards foreigners often going unchallenged. At a hearing in the Greek parliament in November, at which we presented findings on xenophobic violence, one ruling party MP labelled foreigners coming to Greece as “cockroaches”.

Greece has taken modest steps to tackle the problem. Last month, for instance, a proposal was adopted to set up specialist police units to tackle racist violence in Athens and Thessaloniki. While welcome, the initiative is too vague, lacking key details on how they will operate, how undocumented victims will be protected from themselves being detained, and how officers will be trained. Proof of Greece’s determination will be in the full implementation of such schemes, especially given the country’s poor record in turning new laws into action.

The EU’s relations with Greece are dominated by the Eurozone crisis and efforts to work with Athens to improve its asylum policy. Yet, such widespread racist violence cannot be ignored. In our consultations in Athens, senior Greek officials were open to using financial and technical assistance from the European Commission to tackle it; the Commission should be more active in making clear what’s available.

Germany has a part to play in this, despite heightened sensitivities between Berlin and Athens over Germany’s role in pressing Greece on its austerity measures. Berlin appears to be aware of the issues at stake. The government acknowledged last month (December 2013), in response to parliamentary questions from the Left Party, that there was “increasingly evidence of worsening xenophobic violence in Greece.” It admitted it was “concerned” about the rise of Golden Dawn, and acknowledged the party could be labelled fascist or neo-nazi.

The German government also recognises that asylum seekers are not well treated in Greece, last month (December 2013), noting “serious shortcomings” in the asylum system and suspending returns of asylum seekers to Greece from Germany for another year.

Germany already provides substantial support to Greece on migration control issues such as the German police deployed alongside Greek colleagues to chase people-smugglers. So practical co-operation on tackling violence against migrants in the country should also be possible. In addition, Berlin could more actively prioritise this issue on the EU agenda, just as it last month pledged to “intensify” its support for Greece receiving more European Commission funds for asylum issues. And in the long term it could support reform of the Dublin regulation, which obliges the first EU state an asylum-seeker sets foot in to take responsibility for that person, and which places an unfair burden on Greece.

It would be a scandal if racist attacks on Athens streets are still commonplace a year from now. Greece, but also Germany, should do more to ensure this does not happen.

*[This article was originally published in the Süddeutsche Zeitung and by Human Rights Watch.]